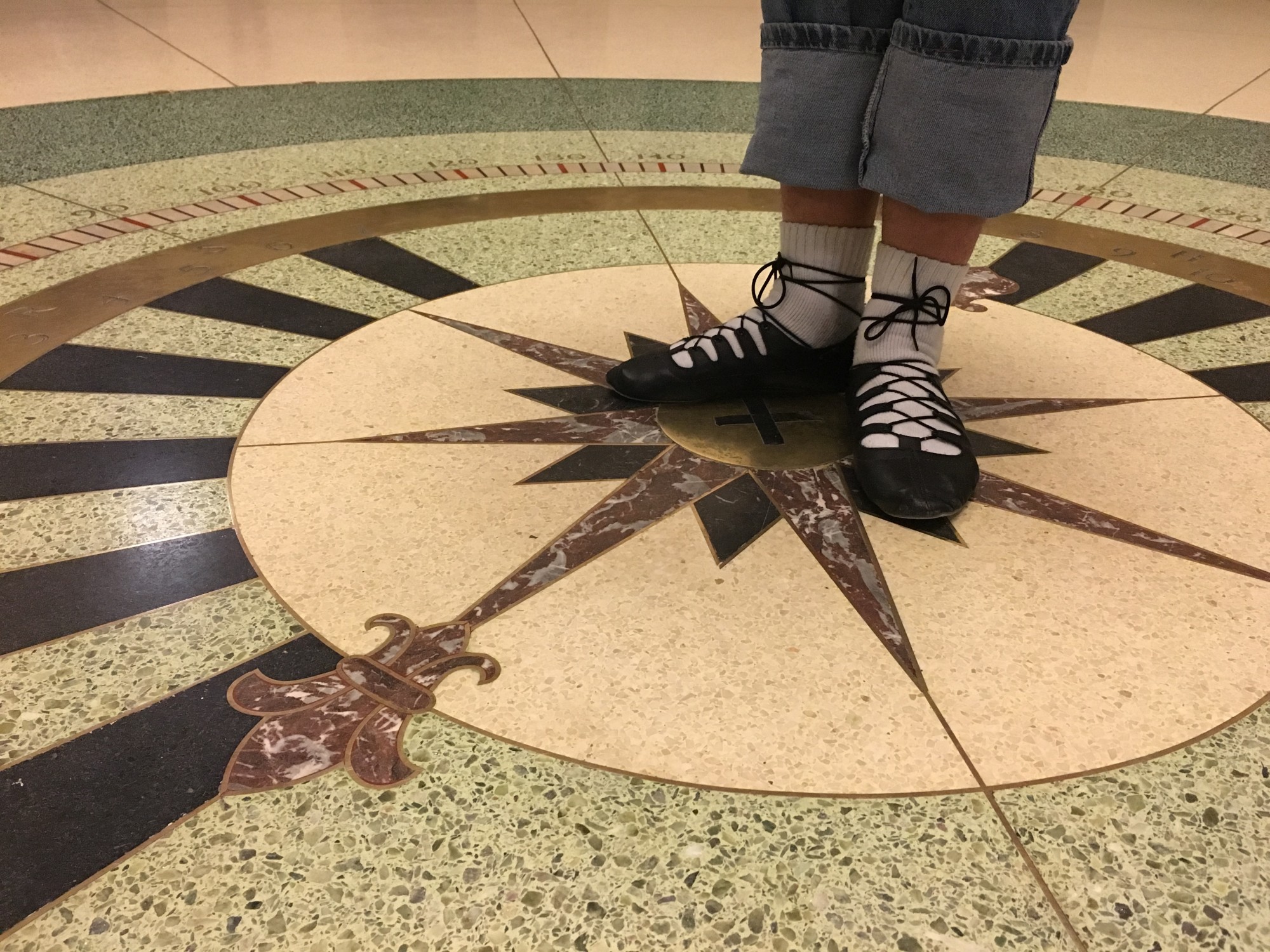 At 7 p.m. Wednesday in the University of Maryland’s mathematics building, it may just seem like eight individuals are gathering to wear strange shoes and practice dancing. But in reality, they are engaging in a universal language.

Originally, Scottish country dance was used as a way to meet other people during social events — and today, this university’s Royal Scottish Country Dance club encourages its members to further the tradition by coming together to learn the steps.

Howard Lasnik, a linguistics professor at the university, leads the club’s meetings. He is a certificated Scottish country dance teacher who spent at least two years dancing the form and taking a yearlong course on the dance’s history and techniques, as well as teaching methods. Lasnik is the primary instructor in the club, and the other members revere him for his dedication to the dance and attention to detail.

“This kind of dancing was at one time popular all over Europe, throughout the late 16th century, through the 17th century, the 18th century and the early 19th century,” Lasnik said. “They did it in England, Spain, France, Germany, and in most of those places, it was called contra-dancing.”

Contra-dancing refers to the arrangement of couples in the dance formation. Each person faces or is “contra” to their partner.

Even though the form is an old and traditional dance, it still thrives and new music for it is still being produced today. The pace and style also vary, including strains of reels, jigs and strathspeys — the latter being the slowest in pace.

With more than 19,000 published Scottish country dances, the club focuses on the most popular moves within certain dances. That’s because doing so can make it easier for someone to perform other routines that may contain similar steps. However, the focus of many of the dances remains on a couple’s steps and how they contribute to more cohesive aspects of the dance group. Each dance typically consist of four couples.

On first glance, many of these dances may seem simple, but even professional Scottish country dancers make mistakes. One of the most important learning points, Lasnik said, is the ability to recover from one’s mistakes. This is a lesson Kevin Mei, a junior geology major and the president of the club, said is important, especially when trying learn the simplest of dances.

“Recovery comes to play often when you’re dancing. It takes everyone to help each other,” Mei said. “As a new dancer, you want to find a good dancer to dance with, but even experienced dancers will still make mistakes from time to time.”