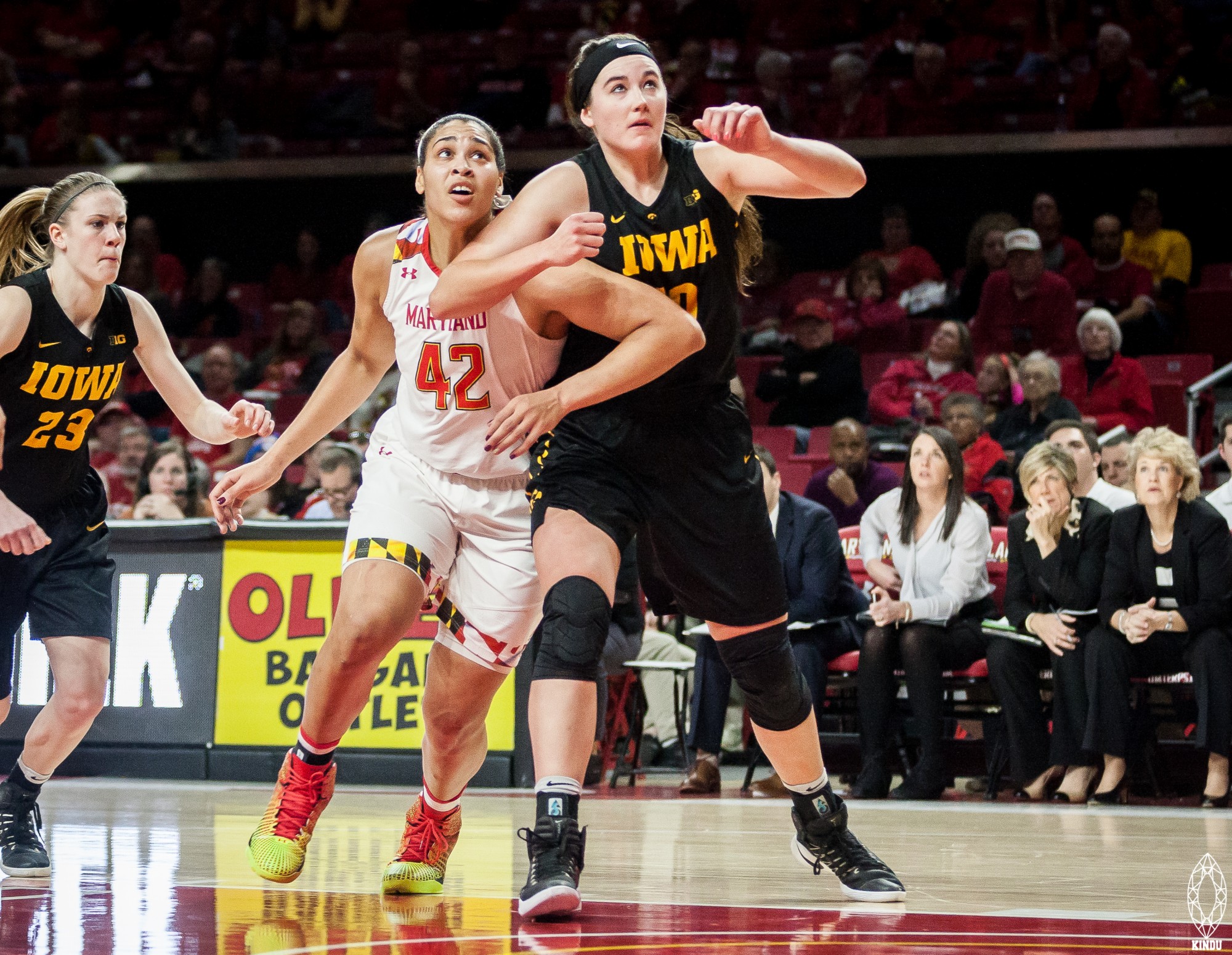 The Maryland women’s basketball team has spent hundreds of hours practicing with and against center Brionna Jones and countless more reviewing game film.

Still, nobody in the program has developed strategies to stop her.

“There’s none,” guard Ieshia Small said. “None that I know of.”

So far, opponents have come up empty. Jones is the highest scorer on the nation’s highest-scoring offense. She’s been a nearly unstoppable force in her senior season, averaging a double-double and showing significant improvement over a junior campaign that landed her on All-Big Ten and All-America lists.

“I’m trying to do whatever I can for this team this year,” Jones said, “so we can get past where we got to last year.”

At times last season, Small and Frese grew frustrated watching Jones on the court. They felt she was too passive.

“I used to get on her a lot about that,” Small said. “She needed to ask for the ball more. But she’s doing a really good job this year with that.”

Now, the usually reserved Jones has no problem “taking over games when she needs to,” Small said. Frese said she’s nearly forgotten the days when she had to beg Jones to demand the ball in the post.

Once she gets it, teams haven’t had an answer. Her experience of facing double-and triple-teams have made even those extreme efforts moderately successful.

She is shooting about 70 percent this year, the highest mark in the country. Even when she does miss at the rim, opponents still aren’t out of the woods. A significant number of Jones’ 108 offensive rebounds (ninth -best in the nation) have come after one of her rare misfires.

Jones’ rebounding is one of the reasons she’s been so consistent this season, the team said. The Havre de Grace native averages 10.3 rebounds per game after grabbing 9.8 per contest last year.

“The game has slowed down for her as a senior,” Frese said. “You’ll see a shot go up, and she already knows how to go to the weakside and put herself in position.”

Trying to body up Jones and break her down isn’t a sound strategy, either. Her 6-foot-3 frame is built for physical play, and she welcomes contact, she said.

“She’s one of the most physical, dominant low post players out there,” Frese said. “Contact has never bothered her.”

Jones has played through pain a few times this season, rolling her ankle in the first quarter against Iowa on Jan. 29 and dealing with a black eye at Indiana on Feb. 5, the aftereffects of an errant elbow from practice the previous day.

She still averaged 22.5 points and 10 rebounds in those two games, a sign of the “every game like it’s her last” mentality she’s utilized in her final season, the team said.

Swollen eyes notwithstanding, Jones agrees she’s seeing the game better than ever in her final year with the Terps and has also stepped up as a leader, despite her quiet nature.

Having watched her play every day, though, nobody in the program is surprised to see her developments this season.

“I knew she had it in her,” Small said. “I just needed her to know what was in her.”