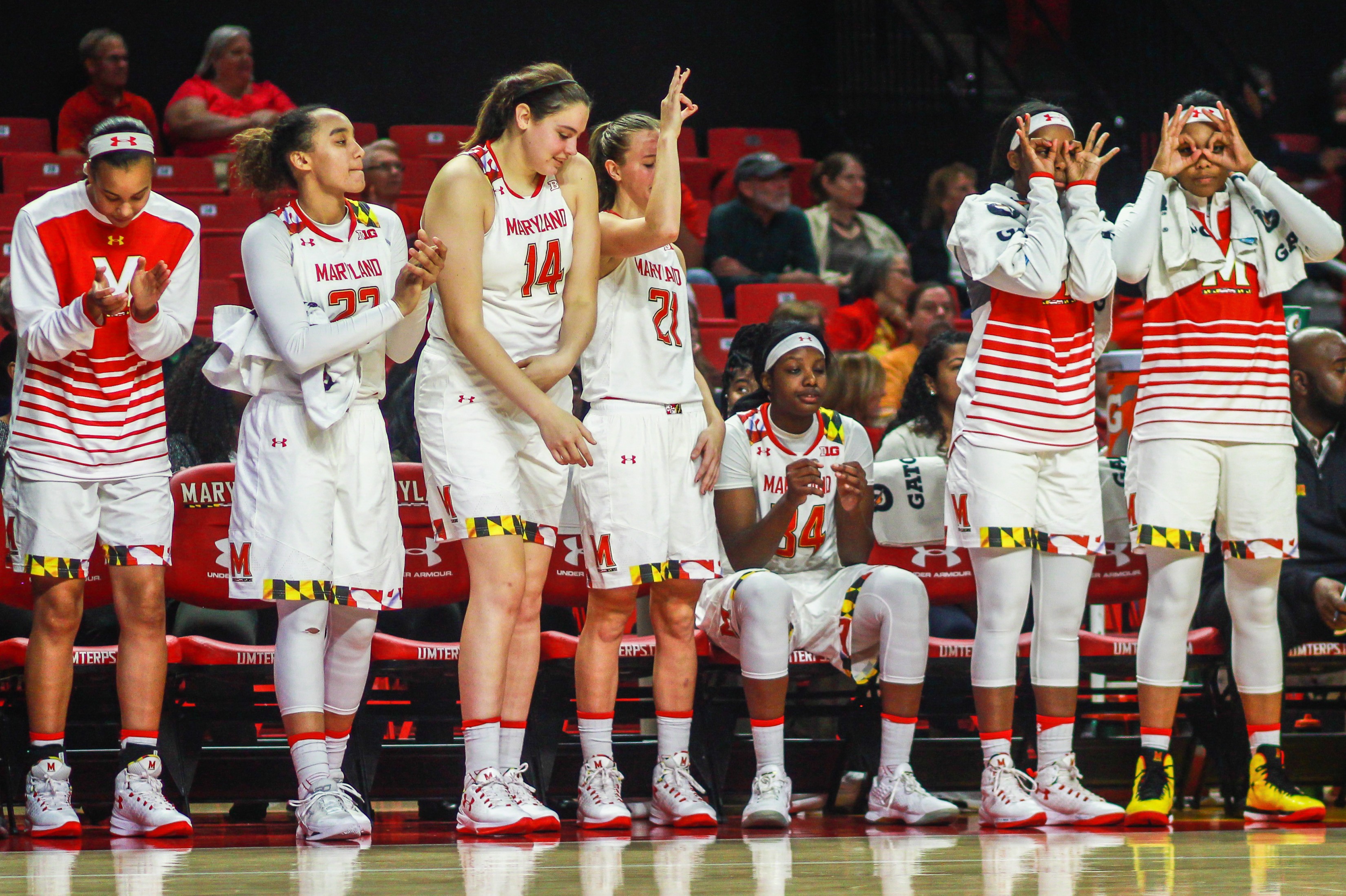 The Terps led by 14 at one point in the first quarter and enjoyed a 13-point gap at the start of the second.

Then, however, Iowa unleashed a barrage of threes while the Terps slumped. The Hawkeyes went on a 20-3 run in the second quarter to take a 47-43 lead to halftime.

That set up a hard-fought battle in the second half, but Maryland came on strong toward the end of the third quarter and pulled away from Iowa en route to a 98-82 victory.

“We were just really out of sync,” coach Brenda Frese said of her team’s second quarter. “It was uncharacteristic of us.”

Surrounding the uncharacteristic spell, though, the Terps played more how they’re are accustomed. After Iowa scored the game’s opening bucket, Maryland scored 15 consecutive points to open a 13-point lead.

Foul trouble, though, forced Maryland into unconventional lineups and prevented it from implementing the press, Frese said.

Iowa and guard Tiana Davis took advantage by scoring five 3-pointers in the second quarter, going on a 20-3 run and winning the quarter, 31-16. Davis had 16 first-half points.

“All of a sudden, the basket became huge [for Iowa],” Frese said. “Davis was getting great looks and playing with great confidence … They fed off the energy and breaking down our defense.”

Maryland went almost five minutes without a field goal in the second quarter, and Iowa led for about 10 minutes starting midway through the second period.

Guard Ieshia Small helped flip the script and regain the lead in the third quarter.

The Baylor transfer, who earned her first start of the season Saturday, made a pair of free throws before she stole the ball from the Hawkeyes as they dribbled up the court. She finished the transition layup to give Maryland a 54-53 lead at the media timeout.

Guard Shatori Walker-Kimbrough took it from there. A couple of possessions later, she made a tough and-one layup, and soon after hit a fast-break bucket to extend the Terps’ run to 10-0.

“We fought back,” Walker-Kimbrough said. “Coach said [the Hawkeyes] weren’t going to stop playing hard no matter what the score was, so we had to match that intensity.”

As the third quarter wound down, Iowa was hanging around, having recovered from Maryland’s 10 straight points to stay within seven. Walker-Kimbrough, however, put them away for good.

First, she used a ball-fake toward guard Kristen Confroy to create space and drain an open 3-pointer. On the next possession, Walker-Kimbrough drove baseline and finished a layup, calmly tapping the top of her head in celebration as she turned up the court with a 12-point lead.

The Aliquippa, Pennsylvania, native scored 10 points in the third quarter and kept going in the final period. She had a steal-and-score off a lackadaisical Iowa pass up the court and drained a pair of treys in the last 10 minutes, helping Maryland overcome its first-half struggles.

“I just let the game come to me. It wasn’t really flowing in the first half,” said Walker-Kimbrough, who had two points before halftime. “It was all about knocking shots down.”

While Walker-Kimbrough (22 points) and center Brionna Jones (25 points) were providing the offense, the whole team locked down on defense in the second half. Maryland forced 10 turnovers after halftime and 16 in the game. Davis had nine second-half points, and the Hawkeyes went just 2-for-7 from beyond the arc after intermission.

It was enough to make up for a second quarter that Frese said the team is “not proud of.”

“We regrouped at halftime,” Frese said. “The biggest message I continue to send is we need to have 40 minutes of consistency.”