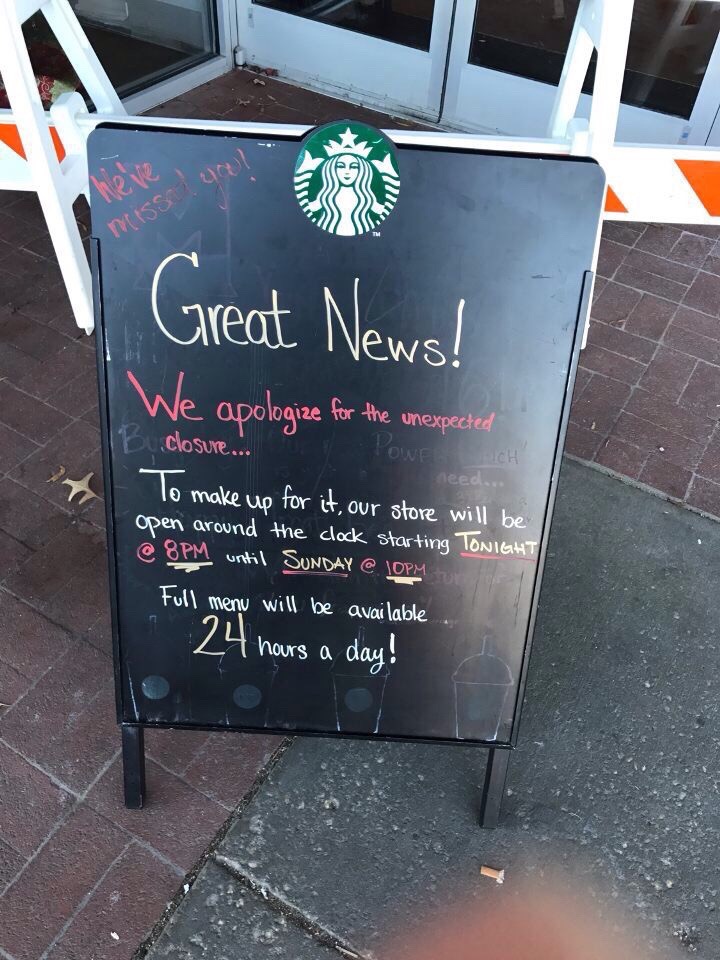 The Starbucks in the College Park Shopping Center will be open 24/7 from Thursday night to Sunday night following an unexpected closure this week.

To “make up for” the lost time, this location “will be open around the clock starting [Thursday] @ 8 p.m. until Sunday @ 10 p.m. Full menu will be available,” according to a sign outside Starbucks.

Starbucks had initially closed after experiencing ceiling problems, a barista at a Starbucks in Hyattsville said Wednesday.

University of Maryland students will have to find somewhere else to get their finals week caffeine fix while the city’s local Starbucks is closed.

The shop, located next to Chipotle in the College Park Shopping Center on Knox Road, is “having trouble with the ceiling,” said Imani Jackson, a barista at a nearby Starbucks in Hyattsville.

The College Park Starbucks should be open no later than Friday, Jackson said, though she was unsure of when the repairs would be complete.