The women in charge: UMD SGA has second highest female representation in the Big Ten 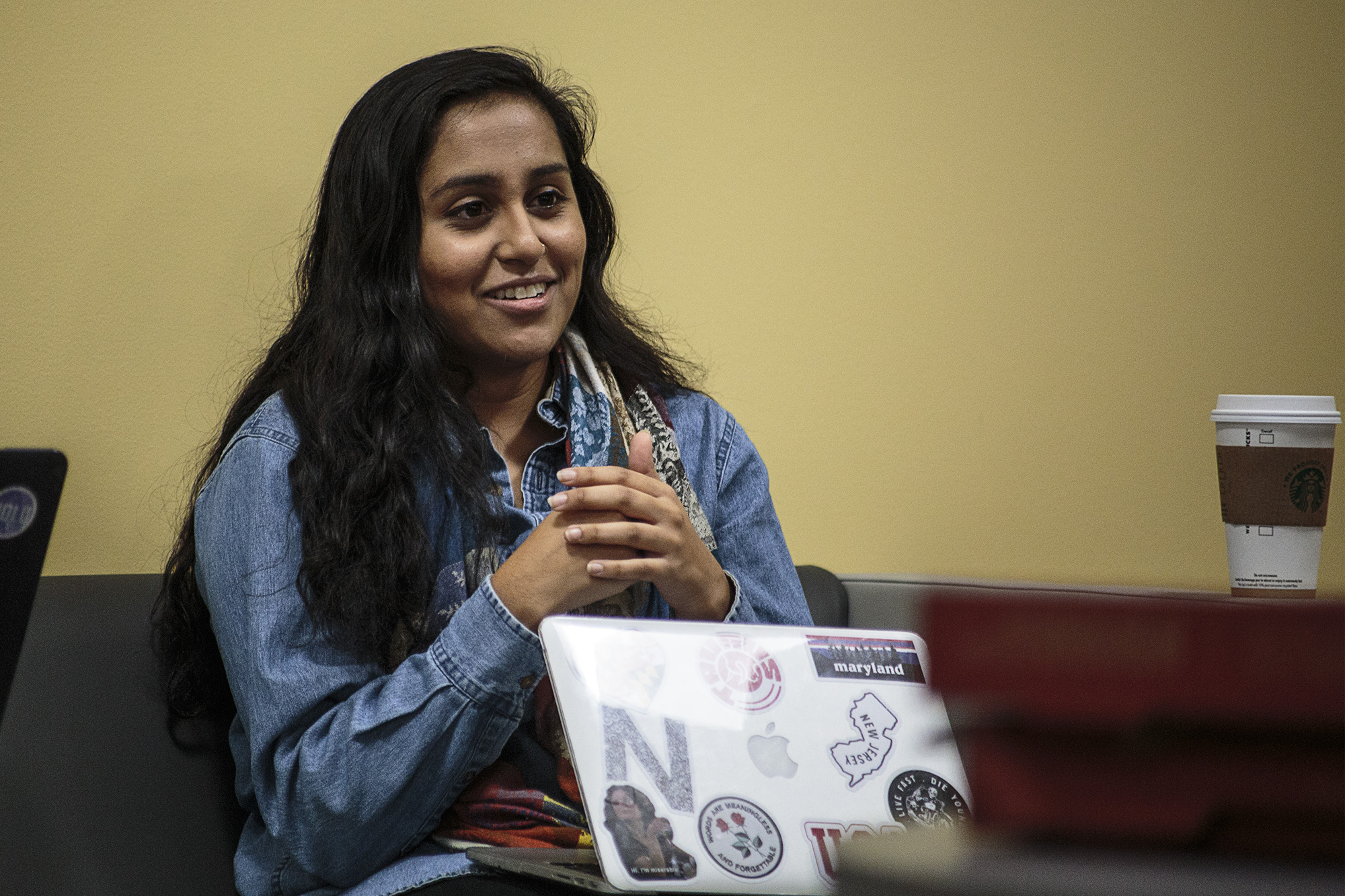 Katherine Swanson supported Hillary Clinton’s presidential candidacy for policy reasons, not just because Clinton would have become the first female president of the United States if elected. But when someone accuses the SGA president of voting for Clinton just because she is a woman, Swanson disagrees with the premise.

“Wanting someone who looks like you to represent you is not wrong,” Swanson said. “Especially if it’s somebody who has never been in that office before.”

As a woman and an aspiring politician, Swanson feels strongly about women’s representation. When she was appointed Student Government Association director of student groups as a sophomore two years ago, she was one of only two women in the cabinet that year, she said. So when she became SGA president this academic year, Swanson surrounded herself with several women in her executive board and cabinet, with positions including academic affairs vice president, communications director, diversity and inclusion director, health and wellness director, sexual misconduct prevention director, sustainability director and tradition director.

She said she wanted to make the staff as diverse as possible — while ensuring her selections were the best candidates, too.

“It would be so easy for me to pull up [female cabinet members’] resumes and talk about why they were qualified for the position,” Swanson said. “And I knew that when I was picking them. I knew I might have to say, ‘Well, here’s why I thought they’d be better for this position than so-and-so.'”

Her choices have made an impact. The University of Maryland’s SGA boasts one of the highest percentages of female student government officers among Big Ten universities.

The Diamondback gathered data from the websites of each school’s SGA equivalent. Student representatives at each university were also contacted to allow them to self-report any discrepancies between current numbers and what their websites showed. Representatives from 11 schools responded to confirm data.

Twenty of the University of Maryland’s 38 SGA legislators – 52.6 percent – and nine of 15 executive board and cabinet members – 60 percent – are female. That ranks this university second in the conference in each category. Only at the University of Minnesota are women as well-represented in both branches.

The conference is more balanced at the presidential level. Swanson is one of seven female student body presidents among the 14 Big Ten schools this year. At the University of Iowa, the current student government president and vice president comprise the second all-female executive ticket in the university’s history.

The United States is one of 79 countries in the world never to have had a female head of government, and only 20 percent of U.S. senators and 19.3 percent of U.S. representatives were women in 2015, according to the Pew Research Center.

After the retirement of Sen. Barbara Mikulski, and District 4 Rep. Donna Edwards’ defeat in the Democratic Primary for Mikulski’s seat, this state will send an all-male congressional delegation to Washington for the first time in more than 40 years in January.

She also looks up to Swanson, whom she praises for creating a cabinet and executive board that are “empowering” to their female members.

Under Swanson’s leadership, Delessa said the officers’ teamwork is “seamless.”

“We all just get along so well,” Delessa said. “Whoever’s speaking gets the floor. Obviously we all respect each other and if there are disagreements, it’s on merit and it’s on the basis of policy. It’s never personal.”

Freshman women on the legislature “now have this confidence to come into the room fighting,” she added.

Diversity in student government can also shape the focus of its legislation. The defining priority of the SGA’s fall semester was its proposal for a student fee to increase funding for the Office of Civil Rights and Sexual Misconduct. The SGA later withdrew the proposal after university administration said they would commit more resources to address sexual misconduct.

Swanson and Taylor Aguiar, the director for the Committee on Sexual Misconduct Prevention, are both quick to point out that sexual assault is not just a women’s issue, and that both men and women have worked on sexual assault legislation. Swanson said A.J. Pruitt, SGA student affairs vice president, was a “force for such change” for introducing the Title IX fee idea and proposing a permanent SGA Committee on Sexual Misconduct Prevention. The SGA had voted in 2014 to assemble an ad hoc committee — including representatives from the Residence Hall Association, the Panhellenic Council and the International Fraternity Council — to study this university’s mandatory sexual assault training policies. But the committee did not achieve anything before it dissolved, Swanson said.

As the primary committee working on the Title IX fee resolution, the Committee on Sexual Misconduct Prevention played an important role in passing the bill. Women make up 13 of the 18 members of the committee, Aguiar said.

The Committee on Sexual Misconduct Prevention this semester also endorsed a bill considering a potential student advisory board for Title IX Officer Catherine Carroll. The advisory board would unify different student efforts toward the issue of sexual assault prevention, Aguiar said. The SGA unanimously passed the resolution on Nov. 30.

“When you have a majority female cabinet, when you have a female president, you tend to look at these issues — they’re not just abstract,” Desai said. “It becomes something that’s really important in trying to govern.”

SGA legislators are also working on piloting a program to make free feminine hygiene products available in all women’s and gender-inclusive restrooms in Stamp Student Union.

South Hill representative Marie-Therese Meye and freshman class representative Michelle Garda are leading the effort in the Committee on Student Affairs, Pruitt said, and a bill should come up for a vote early next semester. If successful, the program could be expanded to all academic buildings on the campus.

The SGA plans to find an outside grant to fund this initiative, as opposed to seeking money from the administration, Swanson said. But she added that she will continue to hold university President Wallace Loh and the administration accountable on women’s issues and their commitment to the Title IX office.

“I don’t doubt that President Loh is committed to women’s issues,” Swanson said. I’m sure he’s committed to gender equality and he’s never treated me any differently [from men].” But she added that the administration has “talked about our commitment to athletics so many times. How many times are we going to put women and minorities on the backburner?”

Swanson, a senior government and politics major, is already thinking ahead to what the SGA’s future might look like after she graduates.

With one semester left at this university, Swanson said she’s asking herself, “What do women need that I can give them before I leave, and how do I do that?”