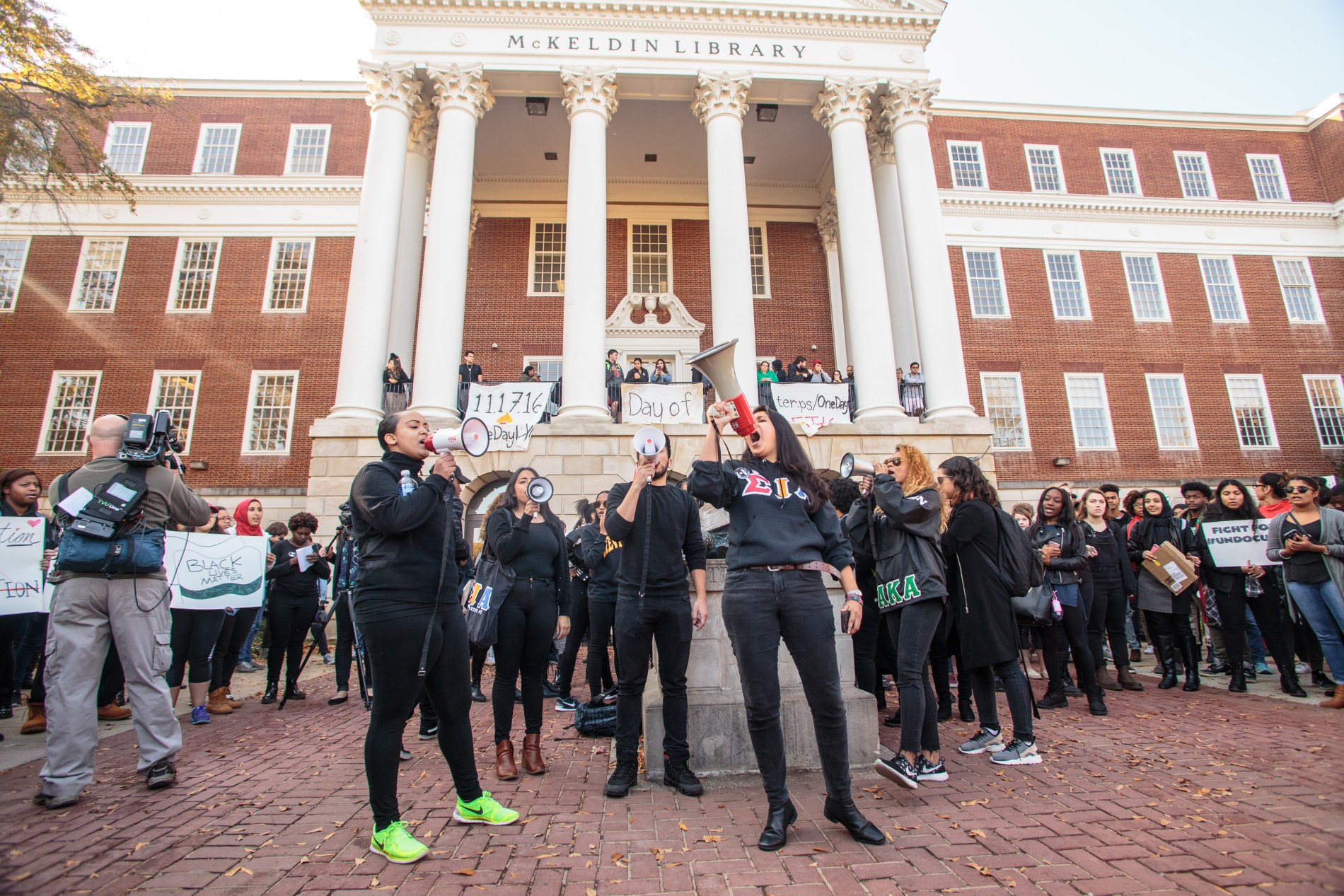 University of Maryland President Wallace Loh has asked members of his senior team to review ProtectUMD’s list of about 70 demands, which call on the university to support vulnerable communities who feel they may not be protected under President-elect Donald Trump.

Loh also asked the team to review all petitions submitted by students to the president’s office and an initial review is scheduled for Friday, said university spokesman Brian Ullmann.

ProtectUMD, a coalition of at least 25 multicultural, LGBT and political student groups and advocates, issued its list of demands Nov. 17, the same day more than 200 students and faculty walked out of class in a show of solidarity for marginalized populations.

“We call upon the University of Maryland to take the necessary measures to protect all members of its student body against discriminatory and unjust national policies,” the coalition wrote with the demand list, “while also ensuring that the University of Maryland is a safe and welcoming campus to all students, regardless of their race, ethnicity, gender, religion, sexual orientation, and/or immigration status, by adopting the following the enclosed demands.”

Michelle Eastman, Loh’s chief of staff, emailed the students who sent the petition on Dec. 2 and asked to set up a meeting with the coalition “in the coming weeks.”

Eastman wrote that administrators noticed some demanded programs or resources already exist within the university, while some need additional review and others require action from the University System of Maryland. In response, Loh asked a group to review each item on the list, Eastman wrote.

“On behalf of President Loh, I would like to commend you for your passionate advocacy of these critical issues,” Eastman wrote. “Our university will always support the free expression of ideas.”

During his presidential campaign, Trump called Mexicans criminals and rapists and insinuated that Gonzalo Curiel, the federal judge presiding over a lawsuit against Trump University, was biased because of his Mexican heritage. Trump was also a leader in “birtherism” which is a racist conspiracy theory claiming that President Obama was not born in the United States. Trump’s presidential win inspired a white nationalist gathering in Washington, D.C., where some attendees used Nazi salutes.

“We, as a group of marginalized and underrepresented students at the University of Maryland have united to create a list of policy demands to protect communities vulnerable to persecution and discrimination as a result of the upcoming U.S. presidential administration’s proposed policies, targeting specific marginalized communities represented in the University of Maryland’s student body,” the coalition wrote with the demands.

The full list of demands can be found here.