Instead of solidarity, celebration: DC protestors respond to DAPL halt 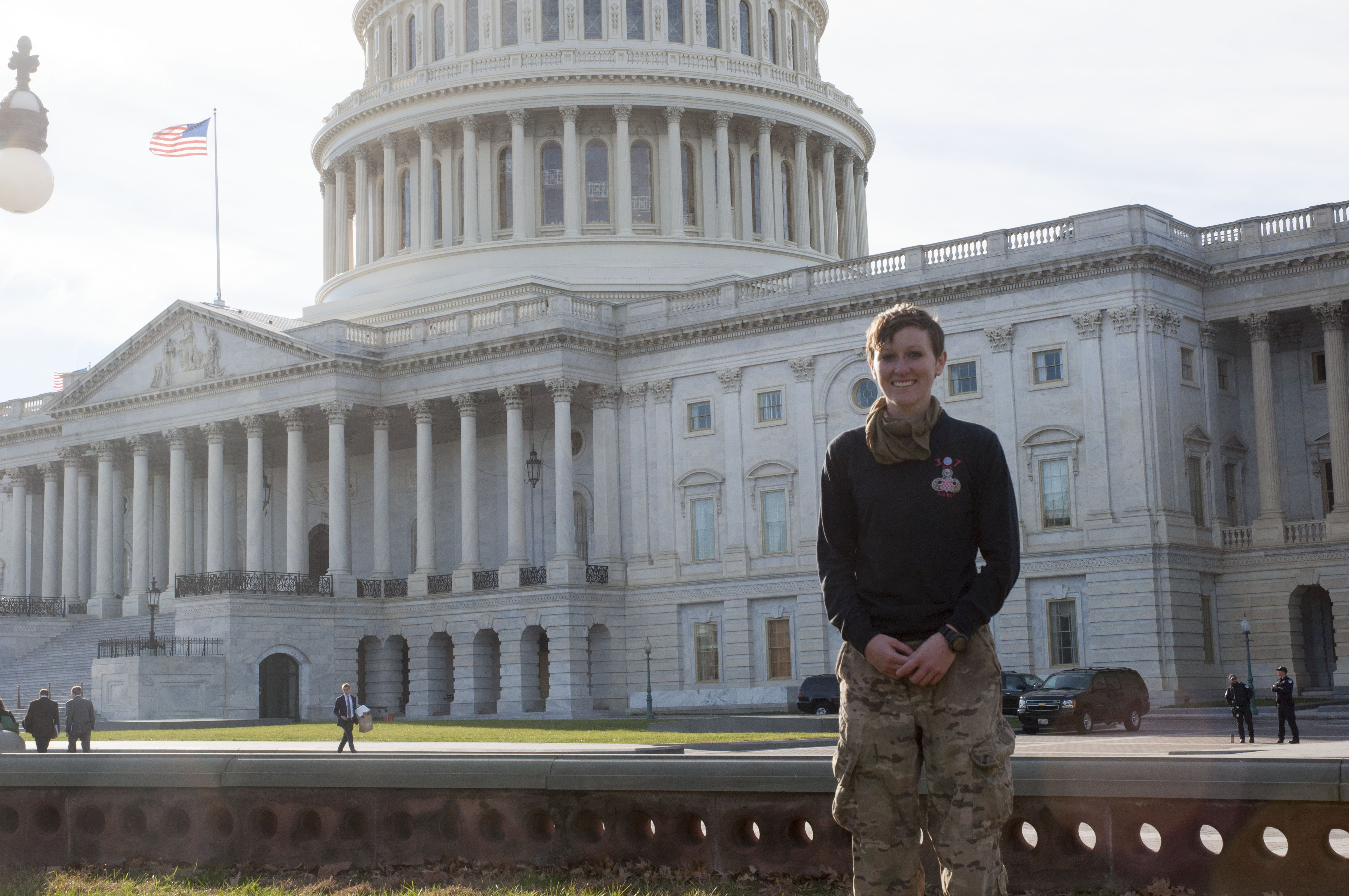 There was a different tone surrounding the Veterans for Standing Rock protesters gathered on Capitol Hill on Monday morning. They had originally planned to convene to express solidarity with the conflict surrounding the Dakota Access Pipeline.

However, instead of standing in solidarity, the group celebrated as news broke the day before that the Army Corp of Engineers had blocked the permit for construction of a major part of the pipeline a half mile north of the Standing Rock Sioux Tribe’s reservation, saying it would be rerouted.

“The best way to complete that work responsibly and expeditiously is to explore alternate routes for the pipeline crossing,” Jo-Ellen Darcy, the Army Corps secretary for civil works, said the statement released on Sunday.

Veterans for Standing Rock was formed in November by a group of concerned citizens to express their solidarity with the treatment of protesters in North Dakota, who had gathered to stop the construction of the 1,172-mile pipeline they said would threaten local drinking water and sacred land.

“We should celebrate when we win too,” said Lindsay Clark, a five-year Army veteran and senior atmospheric and ocean science major at the University of Maryland who helped organize the protest, as she stood in front of the Capitol.

“This time we won, but there are many, many, many times where we haven’t,” she added.

“Our culture was attacked,” said Jeanne Eagle Bull Oxendine, a Navy veteran from South Dakota, describing the clashes between police and protesters.

“Our prayers were disrupted,” Oxendine said as she described the many camps where food and water resources were destroyed by police during the protests. “These veterans showed up to make this sacrifice to stand as human shields.”

In addition to support from people across the country, actress Shailene Woodley and Green Party candidate Jill Stein were also among the demonstrators who traveled to Standing Rock Reservation during the protests that began months ago.

“I think it is an example to the rest of us, another case of a group that has been marginalized and mistreated throughout history who has taken on a burden of being a moral compass for the rest of us,” Clark said.

During the rally, Oxendine reminded the group about why, as veterans, it was so important to have your “boots on the ground” and to show up when the marginalized need protection.

“When I joined the armed forces I took an oath to uphold the Constitution,” she said. “This oath has no expiration.”

Clark also noted it’s important for the group to stay focused as President-elect Donald Trump, who publicly supports the pipeline, will have authority to overturn the U.S. Army Corps decision, but has not yet stated if he intends to do so.

“It’s really important to stay mobilized, stay organized and stay vigilant. We have a lot of challenges ahead, a new administration coming in, we have a corporation that might potentially fight back,” Clark said.