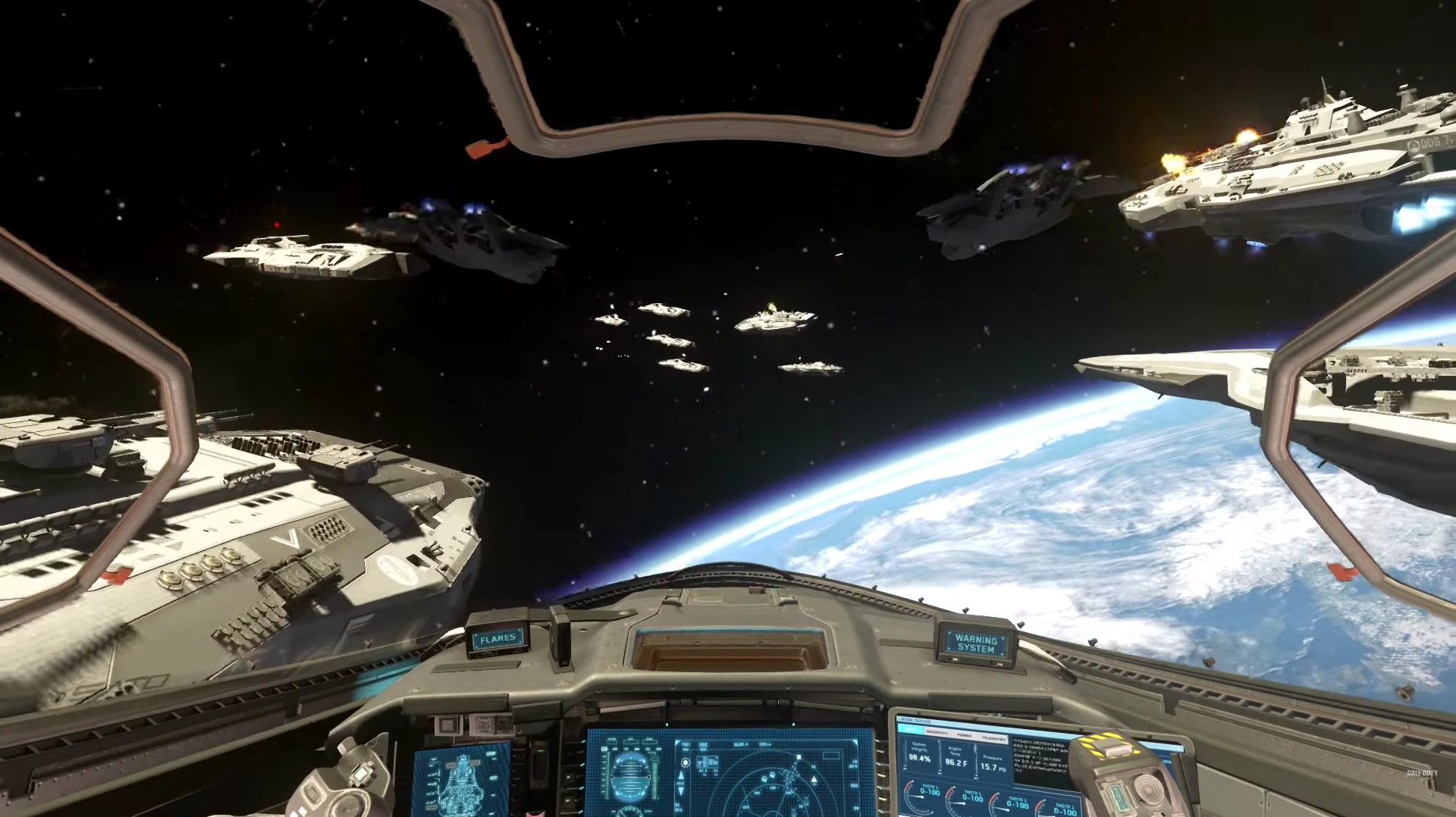 Video game publishers tend to release their most anticipated titles as the holiday season approaches. However, even with some standout titles here and there, this year’s line up of games has had much of the same.

Currently, the market has been flooded with similar thematic elements and futuristic settings strewn across various titles. New types of technology hold the interest of the public as we are always closely watching for what Apple or Microsoft’s next technological feat will be. Video game developers have been mirroring that interest and creating fictional worlds where grandiose technological advancements have already been made.

One of the biggest examples of this repetitive theme is the popular Call of Duty franchise that has been releasing similar games leading up to this year’s Call of Duty: Infinite Warfare, which unsurprisingly takes place in a futuristic time and revolves around a battle for a solar system. As cool as that sounds, it no longer packs the same punch, especially after last year’s Call of Duty: Black Ops III and 2014’s Advanced Warfare, both of which take place in the future.

Aside from Call of Duty, companies continue to pump out games like Deus Ex: Mankind Divided and No Man’s Sky in an attempt to conjure the futuristic experiences that so many previous games have done. Even thematic representations of the future that have been fascinating to mankind for generations ­— such as cyborg technology and space travel — do not have the same impact within a fictional world.

This issue of repetition did not start recently, nor with futuristic time periods. The zombie genre is another section of video games that has been butchered by countless iterations. The undead have become a selling tool with some titles, such as in multiplayer survival games like H1Z1 and DayZ where you run into actual players more than you do zombies, taking into account that both these games take place during the zombie apocalypse.

I won’t lie — as a gamer, I enjoy the occasional futuristic settings as well as slaying zombies with my friends online, but only when developers make their titles stand out amongst the rest. One of the last original zombie games I had the chance to experience was the 2008 hit title Left 4 Dead. I could never forget waiting for the helicopter rescue on Mercy Hospital’s rooftop while desperately trying to survive waves of the undead drawn to the noise of the radio I used to call for help. Although Left 4 Dead did not break graphical barriers, it managed to create chaotic atmospheres within each zombie-infested locale you were trying to escape from. In addition, the title crafted one of the best four-player cooperative experiences, a system which is replicated in various zombie games today.

Fallout 3 is a great example of game developers choosing to use a war-torn, post-apocalyptic setting with futuristic elements and technology to blend first person shooter style with a solid role-playing formula. You are in control of every decision your character makes from the beginning of his or her life. You quite literally get to play as a toddler. Yes, the game contains a futuristic arsenal of weapons and gear for you to use, but none of this feel gimmicky; it seamlessly fits within the world and its lore.

Unfortunately, the unique story-building technique Fallout 3 implements is one of the last of its kind. The last two titles in the franchise, Fallout: New Vegas and Fallout 4, were unable to add something innovative to the formula that it created. Perhaps the issue lies within lazy design or rushed products, but I find myself less and less attracted to titles offering similar characteristics found within Fallout because none have been able to create something as enthralling.

However, some developers have already begun to take notice of the futuristic trend and are finding openings to make what was once old feel new again, such as is the case with the Battlefield franchise’s developer DICE. Battlefield 1, its most recent offering, takes players back in time to the trenches of World War I, where players have the opportunity to experience a close-to-authentic experience of famous battles during the war. Even though the game retains many of the multiplayer characteristics of any other first person shooter, the change of time period and setting is refreshing.

Next year’s lineup of games is still in the works; we will have to see if the majority of developers choose to expand upon their uses of futuristic themes or if they take cues from Battlefield 1 and visit an older time period for inspiration.