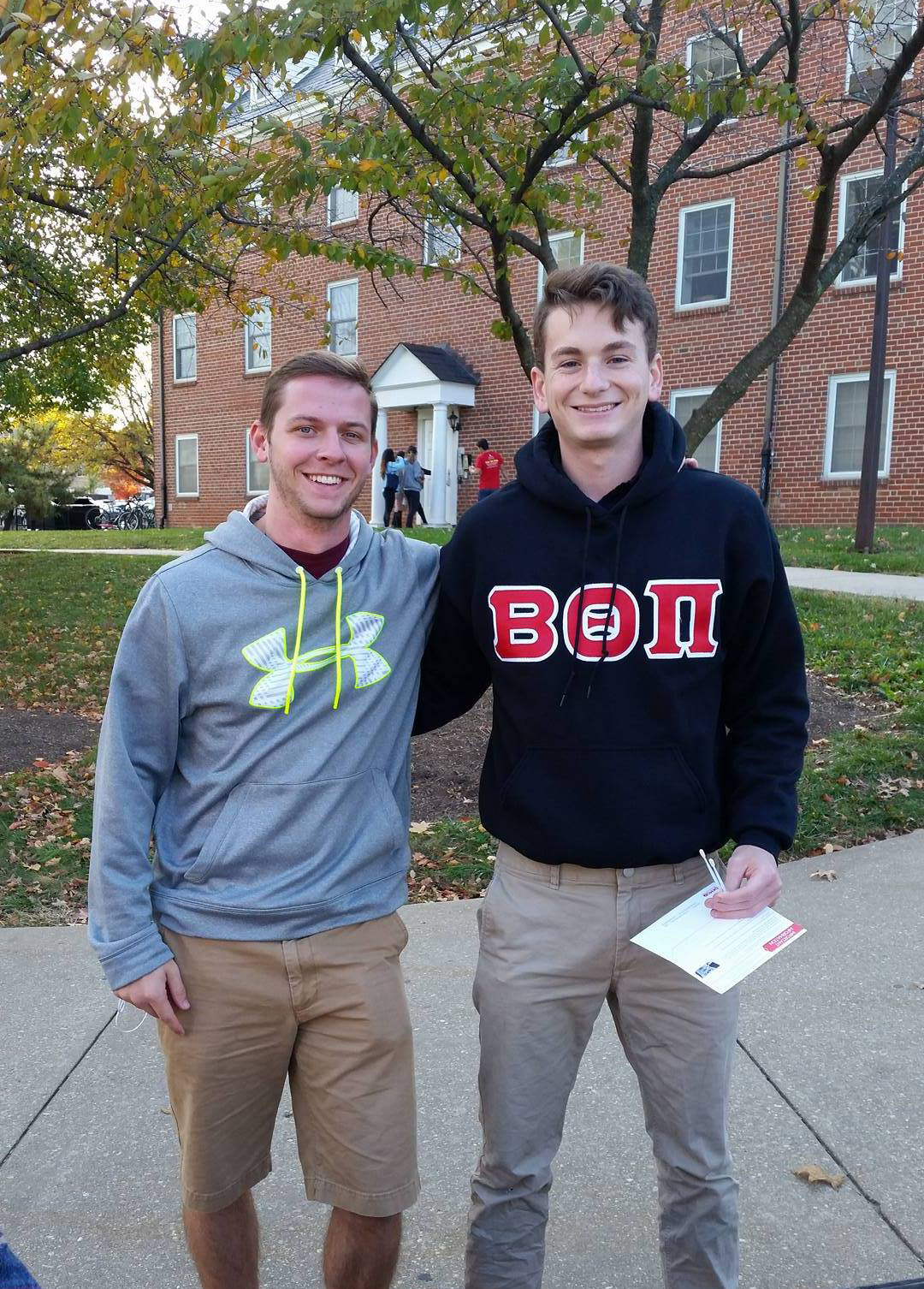 A University of Maryland fraternity is encouraging community members to join the bone marrow transplant registry in support of one member’s journey to bike more than 4,500 miles across the country next summer to fight cancer.

Beta Theta Pi’s Danny Ely is preparing to ride in The Ulman Cancer Fund for Young Adults’ 4K for Cancer. The ride sends young adults to either bike or run across the country to raise money for fighting cancer, said Skylar Marcoux, a program coordinator for the organization.

Before embarking on the cross-country ride, participants must hold one bone marrow drive and raise over $4,500. To fulfill the first requirement, Ely, a sophomore engineering major, enlisted the help of his fraternity to hold the drive to sign people up for the transplant list outside their chapter house on Nov. 11.

His fraternity was quick to help out after one of its own members, 21-year-old Lowell Ensel, died after being found aboard a Shuttle-UM bus struggling to breathe in May 2015. Doctors later determined his death was caused by undiagnosed testicular cancer that had spread to his lungs.

Signing up for the registry requires a lot less commitment than most people think, said Lance Tinana, a junior accounting and finance major and Beta Theta Pi member. Participants fill out a consent form and swab their cheeks with a large Q-tip, and the fraternity sends the saliva sample to the There Goes My Hero organization to be tested for DNA and held on file, Tinana said. In rare cases, people with blood diseases would be paired with a suitable donor and their bone marrow transplant could help save a life, Ely said.

“It’s very hard to get a match,” said Manos Pagonis, a Montgomery College student who helped Ely coordinate the event. “That’s why you want to register as many people as possible, just so there’s more options. … If you do get a match then you should do it, because there’s not a lot of people who can help that person.”

There Goes My Hero, the organization that provided the fraternity with its kits, has registered 11,971 donors and found 182 matches since 2009, according to its website.

Ely was inspired to sign up for The Ulman Cancer Fund for Young Adults’ 4K for Cancer and hold the drive after several of his loved ones were impacted by cancer, including his own father who had a brain tumor.

Ely plans to leave June 5 and ride from Baltimore to Portland, Oregon. During the 70-day journey, Ely will stop at different hospitals to raise awareness and provide direct support to those with cancer, Pagonis said.