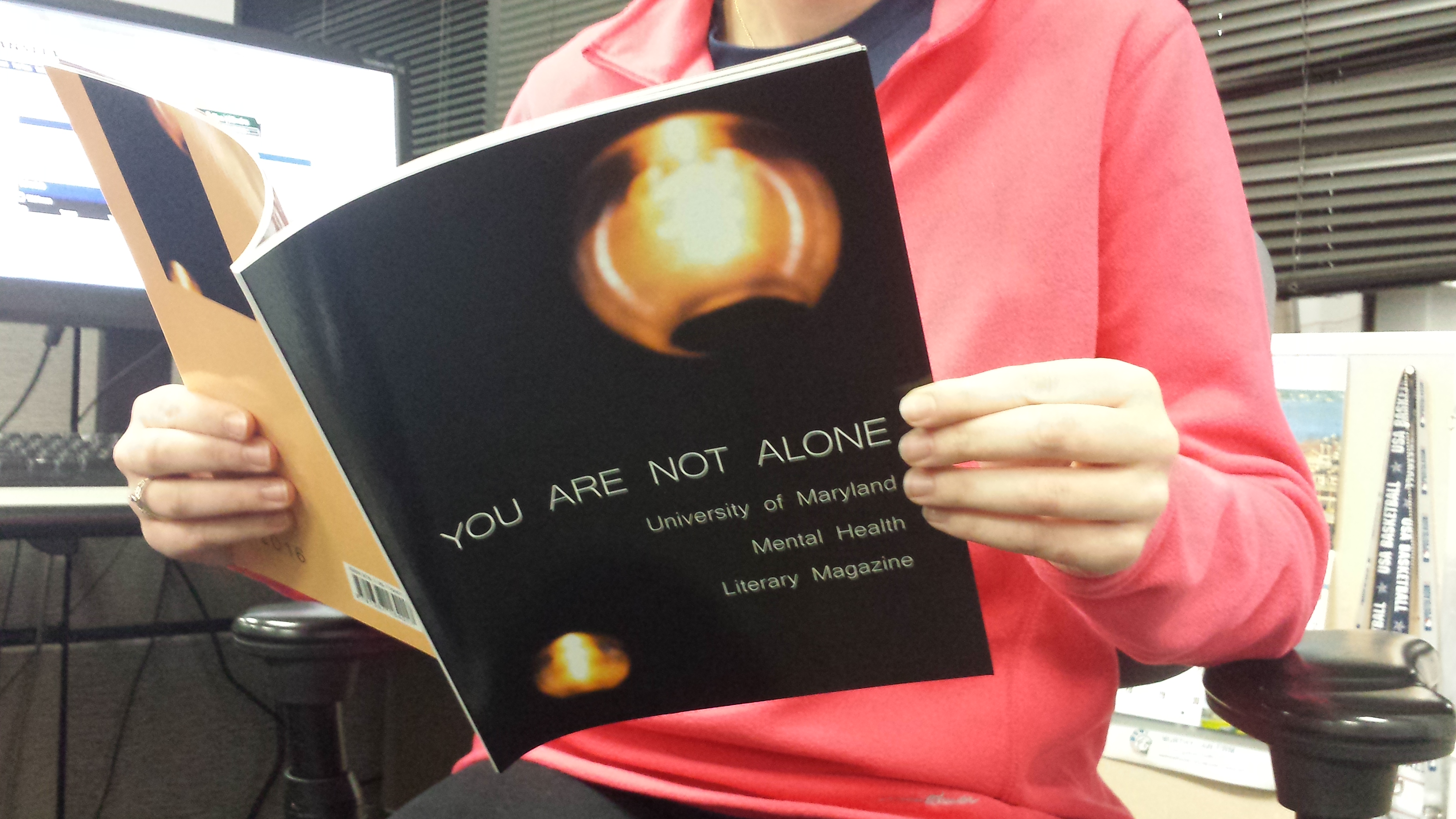 The cover art shows a photograph of two street lamps shining against a black sky. Some of the submissions are anonymous. The table of contents lists titles such as “It’s All in My Head,” “A Journey to Self Confidence,” “Anxiety Attack Number Eighteen” and “It’s Always Okay to Cry.”

What began as an honors capstone project for Muftiat Ogunsanya has now become part of the Office of Diversity and Inclusion’s Rise Above “-Isms” Week.

Ogunsanya first proposed the magazine last year for her capstone project in her Design Cultures and Creativity honors program. She had the idea after reading an open letter to people with mental illness on The Huffington Post, the last line of which included the phrase “you are not alone,” inspiring her publication’s title.

“I realized that a lot of college students don’t tend to focus on mental health,” Ogunsanya said. “They hear that it’s important, but they don’t necessarily focus on it because our environment is very success-driven.”

Ogunsanya said her biggest challenge was gathering submissions, but once she put her prototype together she realized she wanted to make the magazine more than her capstone project.

“I wanted to expand it to the general public,” Ogunsanya said. “I wanted it to be more accessible to students on campus.”

Ogunsanya’s capstone mentor, kinesiology doctoral student Stephanie Cork, helped to create a similar campus publication focused on disability awareness at her undergraduate institution, Queen’s University in Ontario. Ogunsanya asked Cork for advice, and Cork connected her with the Office of Diversity and Inclusion.

“If you want to get stuff done, you go to ODI,” Cork said.

The office helped Ogunsanya pay for the cost of printing. It is the fourth year the office has held Rise Above “-Isms” Week, but the office is including mental health topics for the first time this year, said Beth Douthirt Cohen, the office’s director of education and training.

“In general, it’s a goal for our campus to have more community around mental health that’s run by students, for students,” Cohen said. “Having a literary magazine is a great intervention in terms of that.”

“We want folks on this campus who are struggling with mental health to know they are not alone, that there is a community of folks who are connected to them and want to support them,” Cohen said.

Going forward, Ogunsanya said she hopes to establish a student organization that would continue to publish You Are Not Alone.

The office in Marie Mount Hall has physical copies of the magazine, and it also can be accessed online.