After Cole Field House renovations, Maryland football will get to the stadium by tunnel 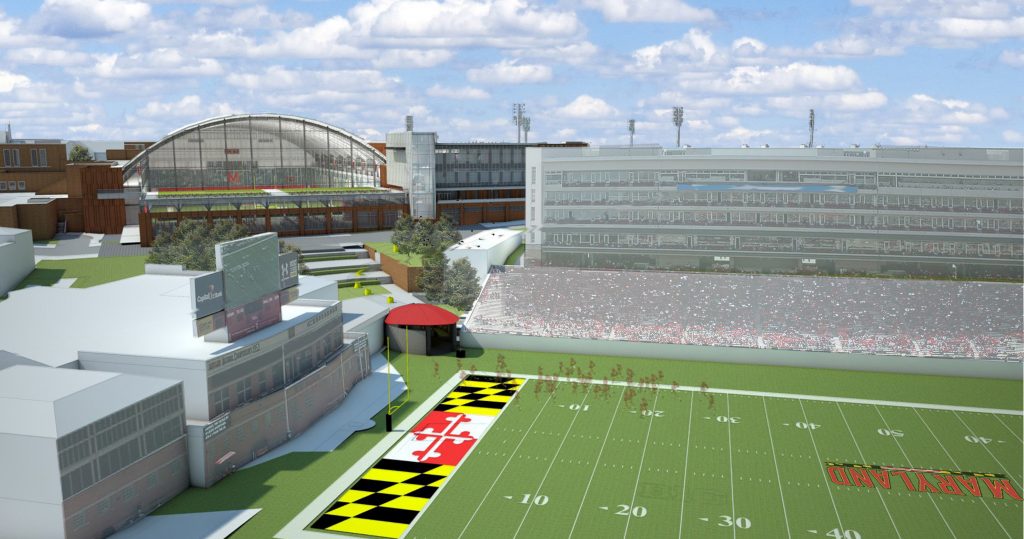 Plans to renovate Cole Field House include an underground tunnel that the Maryland football team will use to enter Maryland Stadium, according to an athletics department spokesman.

The tunnel is planned to run from the entrance to the football team’s locker room in Cole to the southeast corner of Capital One Field at Maryland Stadium, said senior associate athletic director Zack Bolno.

Though the methods behind building the tunnel haven’t been finalized, Bolno said construction of the tunnel and other components of the Cole Field House project are expected to affect roads on the campus.

“We’re going to look for opportunities to lessen the impact of the road, and pedestrian walkways will be taken into consideration,” Bolno said.

Plans for the $155 million restoration of Cole Field House include an indoor football practice facility, administrative offices, an academy for innovation and entrepreneurship and a sports medicine center.

The first stage of the project, a $42 million indoor practice facility, is expected to be completed by May 2017, The Diamondback previously reported. Bolno couldn’t immediately say whether the costs of tunnel were included in the original $155 million restoration estimate.

The rest of the project is expected to be completed by late 2018, The Diamondback previously reported.