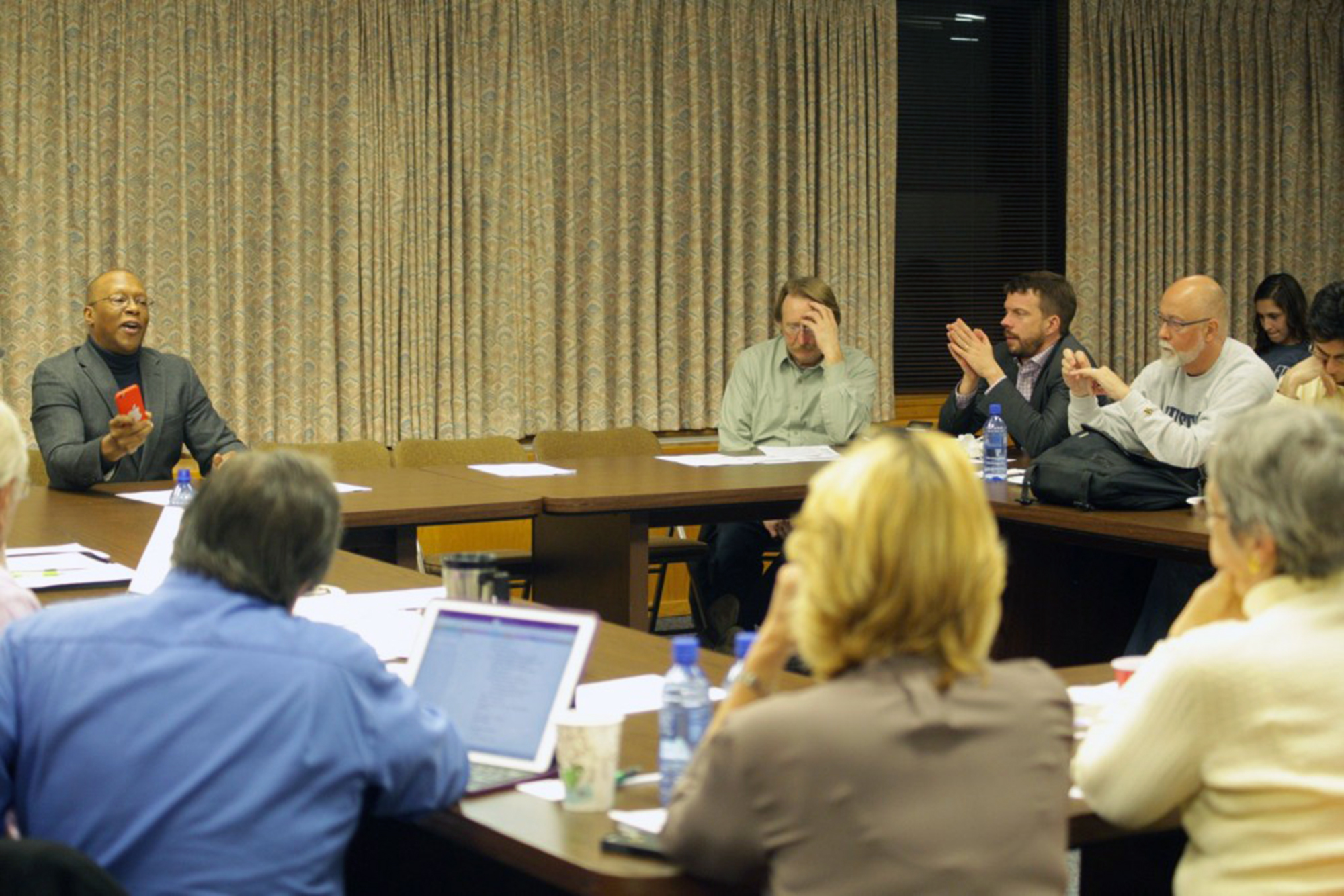 A line in front of Xfinity Center on Sept. 5, 2014 stretched as far as the eye could see, said Stephen Thomas, director of the Maryland Center for Health Equity.

“It wasn’t basketball season,” he said. “No concert, no one lining up for tickets. They were lining up in the hope of receiving free dental care through a program.”

In partnership with the University of Maryland School of Pubic Health, the program, called Mission of Mercy, aimed to provide dental services to the underprivileged and underserved in Prince George’s County.

In the span of two days, more than 1,000 people were served, Thomas said. But more than 1,500 were also turned away due to the program’s lack of time and money.

The program will return to the University of Maryland’s campus in September 2017, he said during the Four Cities meeting Wednesday night, in which city staff from College Park, Greenbelt, Berwyn Heights and New Carrollton met to discuss local issues and initiatives.

Mission of Mercy, a national Catholic organization, has programs in Arizona, Texas, Pennsylvania and Maryland. The College Park location is the largest of Maryland’s four programs, Thomas said.

The 2014 program had 1,800 volunteers, including 650 dentists, and delivered $1.2 million in free dental care to people in College Park and its surrounding area.

“There were people lined up as early as, I think, 4 o’clock in the morning,” said College Park Mayor Patrick Wojahn. “One thing that it really demonstrated was that there’s a very strong need for dental services for low income people.”

Greenbelt has a health care provider that subsidizes some dental services, but for many residents it’s simply not enough, Greenbelt Mayor Emmett Jordan said.

“It seems like the system is broken in that respect,” he said.

The planning committee for the 2017 event met for the first time last week, said Thomas, who attended the Four Cities meeting to advocate for the program.

Jordan suggested the Four Cities sponsor vouchers for a pre-screening session prior to Mission or Mercy, as well as publicize the program online.

However, even with pre-screening, Thomas acknowledged the program might still have to turn people away.

“I think that question of how we serve those who can’t fit in is something we’ll wrestle with,” said Greenbelt councilwoman Leta Mach.

The city staff present at Wednesday’s meeting also discussed issues within each of the cities, as well as public concerns about the lack of notifications and communication regarding permits.

Cities often require residents to file permits to reserve city spaces such as city hall or rooms in a community center, or to make structural changes on their properties.

“We truly believe in the initiative that people should have a one-stop shop,” Jordan said. “They should be able to get a permit, and when they come to the county they should be able to know what they need to get from the municipalities so that we have that and it’s readily available.”

Wednesday’s meeting was the final one for the Four Cities this year, according to the City of College Park’s official website. The group will next meet on Jan. 26, 2017.

Construction has started on a new apartment complex near Denny’s