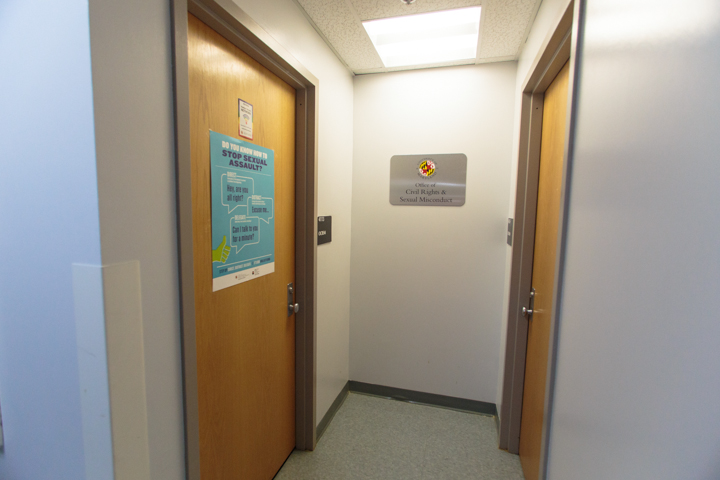 The SGA has withdrawn its proposal for a $34 annual student fee to fund the Office of Civil Rights and Sexual Misconduct — nearly a month after the organization voted in favor of the measure, SGA Chief of Staff Mark Russell said Wednesday during a general body meeting in Riggs Alumni Center.

During a Friday meeting between University President Wallace Loh, Student Affairs Vice President Linda Clement, Student Government Association President Katherine Swanson, Russell and SGA Student Affairs Vice President A.J. Pruitt, Loh told the group he would table the fee proposal if it reached his desk because he does not want to commit any further funding until he has an independent group review the Title IX office to ensure it is working efficiently, Swanson said.

In response, the SGA’s cabinet voted Sunday night to remove it, Russell said. The proposal would have been voted on Wednesday at the Committee for Review of Student Fees meeting and, if approved, would have gone to Loh’s desk after that.

“We had a really heated discussion on Sunday night about it, and I think we hashed out a lot of our differences on it,” Russell said about the meeting.

Among the SGA propositions the administration did not agree to include funding for a prevention coordinator, a portion of the operating costs for preventative measures and a centralized location on the campus for the office, Swanson said. During Wednesday’s SGA meeting, Russell referred the legislature to speak to Pruitt about the positions the administration chose not to implement.

Despite the recent development, Pruitt, who submitted the proposal in September, said he considers this “one of SGA’s biggest victories.”

However, depending on the university’s coming steps, the SGA has not put the proposal away for good, and it is “not going to stop till we get what we asked for,” Swanson said.

The SGA could bring the legislation back in the future — as soon as spring semester — if it believes the administration was continuing to not support the Title IX office, Russell said.

“This is not the end of this process,” Russell said. “We’re going to stay on President Loh the entire time, and if he doesn’t meet the promises that he says he plans to make this academic year, we’ll be right there reminding him that he has to be there and that’s his obligation to the students.”

If the SGA voted to bring the fee back to the table in the spring semester, the funding would still affect fiscal 2018, Russell said.

The proposal’s withdrawal comes after the university announced on Oct. 18 it would create six new positions to assist in investigating sexual misconduct matters — four in the Title IX office and two in the CARE to Stop Violence office. The administration made that decision two days after Loh and Clement met with three SGA executives to discuss the proposed student fee.

“I commend the students for their initiative, for their commitment, for their passion to this cause,” Loh said. “We as an institution are absolutely committed to responding to sexual misconduct, sexual assault — to preventing them, to providing training and counseling — and we have made available the resources that are needed.”

The SGA legislature first voted 32-1 with no abstentions to approve the Title IX fee on Sept. 28.