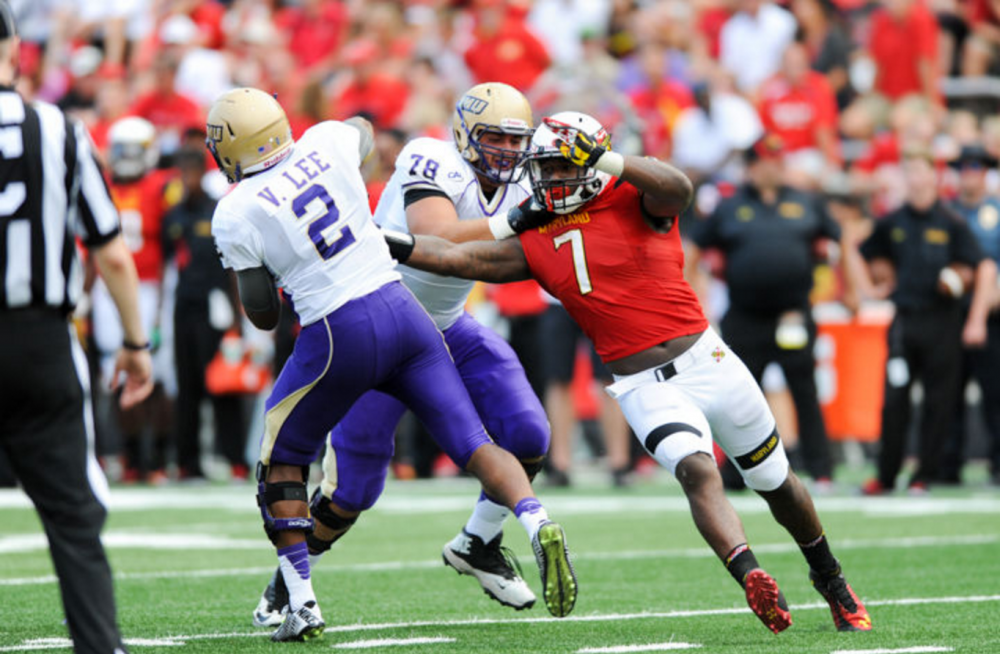 Yannick Ngakoue knows how to make an early impression. Just five games into his debut season with the Jacksonville Jaguars, the ex-Maryland defensive end has already joined an elite club of pass rushers — a club with a membership that now stands at two.

According to the senior manager of public relations for the Jags, Ngakoue is just the second player in the history of the NFL — not in the last 10 seasons, not since 1980, but in the history of the league — to compile four sacks and pick off a pass in his first five contests. Terrell Suggs of the Baltimore Ravens is the only other defender to garner those stats as a rookie.

The Jaguars aren’t having a ton of success, but they did topple the Bears on Sunday to improve their record to 2-3. Overall, the defense has taken down opposing quarterbacks 13 times, which is good for 12th most in football. That number, of course, would not be nearly as high without their third-round pick, who has been balling so far.