Campus cafes aren’t open as late as they used to be. Here’s why. 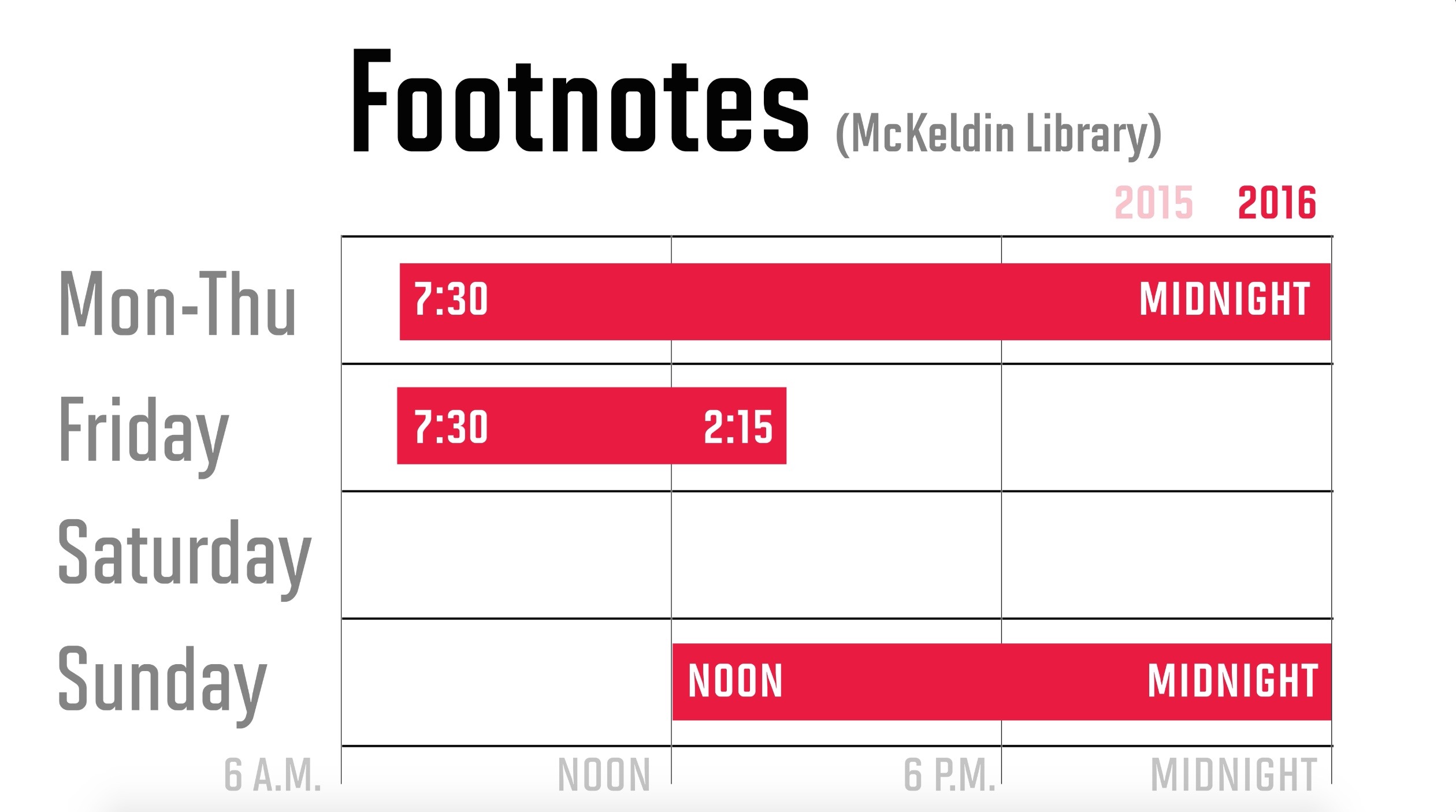 Five eateries were affected: Applause in Clarice Smith Performing Arts Center, BRBean in the Biology-Research Building, Footnotes in McKeldin Library, Off the Record in Knight Hall and the Physics cafe in the John S. Toll Physics Building.

The largest change took place at Applause, where the hours were nearly cut in half. This cafe was previously open for about 40 hours per week, but the hours have been reduced to 21.5 per week. Other cafes were impacted less, such as BRBean, which now operates eight fewer hours per week.

Bart Hipple, Dining Services spokesman, said the hours for each cafe are reevaluated every year, and that there is an economic reason behind these new changes.

“It has to do with the revenue in those spots, and what it costs us to run those particular locations,” Hipple said. “For the cafes with shorter hours, we’ve established that there are fewer people in those buildings in the late afternoon and evening.”

Some students, like junior bioengineering major Kellie Holovac, rely on coffee and snacks to keep them going through a long day. Shorter hours could mean more stress for students on the go, Holovac said.

“[Footnotes] did close early on the weekend I think, and that was kind of annoying because if you wanted to get coffee or something it was closed,” she said. “Most students in college would be getting coffee probably when they’re doing homework or during the weekends, so I think not being able to go get coffee at one of those cafes because they close at 2:15 p.m. would be kind of an inconvenience.”

Even though the hours haven’t changed at all the cafes, sophomore biology major Sarah Cooney said the reduced hours negatively affect students.

“I wish that they would keep their hours longer because most of my classes end after 4 p.m.,” Cooney said. “So if I want to get a coffee on my way back from class, I won’t even get to do that anymore.”

“It’s likely that these hours are going to stay the same for this semester, unless there is a reason to believe that it would make sense to stay open longer,” Hipple said.

The reduced hours will not have an impact on students employed for work study, he added.

“Work study students for fall were hired after the hours were determined,” Hipple wrote in an email. “To my knowledge, we have enough work to meet our commitment to them and enable them to work the number of hours planned.”

A breakdown of the new hours is as follows: