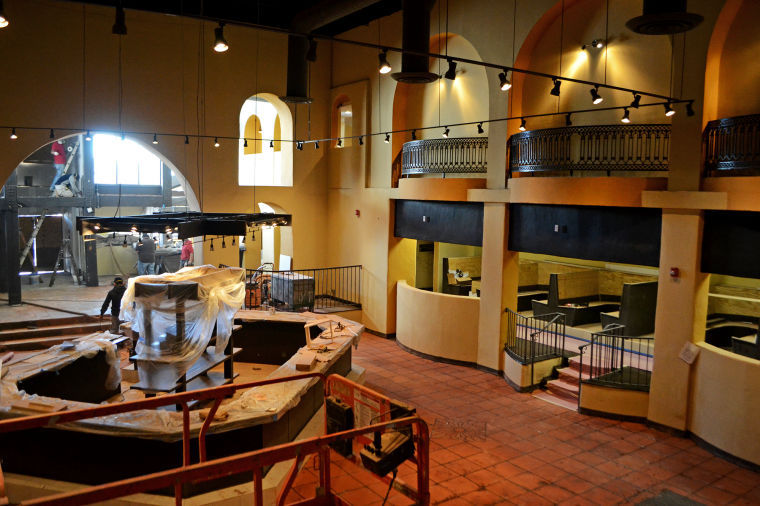 Terrapin Turf should open in the next four weeks, co-owner Salomeh Afshar said, if everything goes according to plan. The holdup has stemmed from issues acquiring permits and installing a sprinkler system.

Not much has gone according to plan for Terrapin Turf co-owner Salomeh Afshar, but after eight months of holdup, her bar is almost ready for its debut.

But Afshar and her co-owners, Mohammad and Yasmine Afshar, are still hesitant to release an official opening date given the bar’s slew of setbacks in the last several months. Its initially planned May 2012 opening has been continually delayed mainly because of problems installing a new sprinkler system mandated by the city. If everything runs smoothly from here, Salomeh Afshar said, Terrapin Turf — taking the spot of the former Santa Fe Cafe — should be ready in the next four weeks.

“More than anything, we’re disappointed in ourselves for not being open,” she said. “We’re on the right path.”

The Afshars have been working to acquire a permit for the sprinklers since October.

“That was really the biggest holdup,” Afshar said. “We just need to work through and complete the final use and occupancy permits.”

Although many have been frustrated with the bar’s delays, they aren’t unusual and potential patrons shouldn’t be worried, said Michael Stiefvater, College Park economic development coordinator.

“They had a lot of work to get that building up to code and ready to open,” Stiefvater said. “That’s not out of the norm — it happens — but I think most places may open a little quicker.”

The owners have been working to pass electrical, plumbing and sprinkler inspections, all of which took longer than anticipated to complete. Despite the setbacks, though, Afshar said she is excited to open the bar soon, adding she has already hired several employees.

Once the sprinkler system is tested, Afshar plans to bring in the furniture — the bar’s “final process” before it opens.

“Now it is just doing the cleanup and getting the kitchen equipment in,” Afshar said.

Even though the opening has been long anticipated, Afshar said, the wait will be worth it, as the owners plan to distinguish their bar from the others in College Park. Terrapin Turf will feature a variety of live music to suit an array of tastes.

“You’re going to have one night at least a month that caters to what you’re into,” she said. “Because it’s such a diverse community, we want to have something for everybody.”

The modern, more open layout of Terrapin Turf is something students will come to love, Afshar said.

“We want to take of advantage of that … size-wise we’re just bigger,” Afshar said.

“It’s essential. It needs to get done as soon as possible,” Smyser said. “We do have five bars on Route 1, I guess, but on the weekends, they’re always crowded. We’re a huge school. I think the fact that that building has just been sitting there, it’s kind of a shame.”

Terrapin Turf shouldn’t have any trouble finding talented bands to entertain its patrons, said Gary Hutson, co-owner of Starleigh Entertainment, who has been recruiting bands to play at local bars since the 1980s.

“Bands absolutely love playing there — I will tell you that without a question,” Hutson said. “Bands feed off of the crowds.”

Even though Juliet Morris, a freshman history major, said she typically doesn’t look to the bars for weekend plans, Terrapin Turf’s live music offerings are enticing.

“People are always looking for a new place to go, and this sounds different,” Morris said. “It seems like a fun thing to do with a group of friends.”