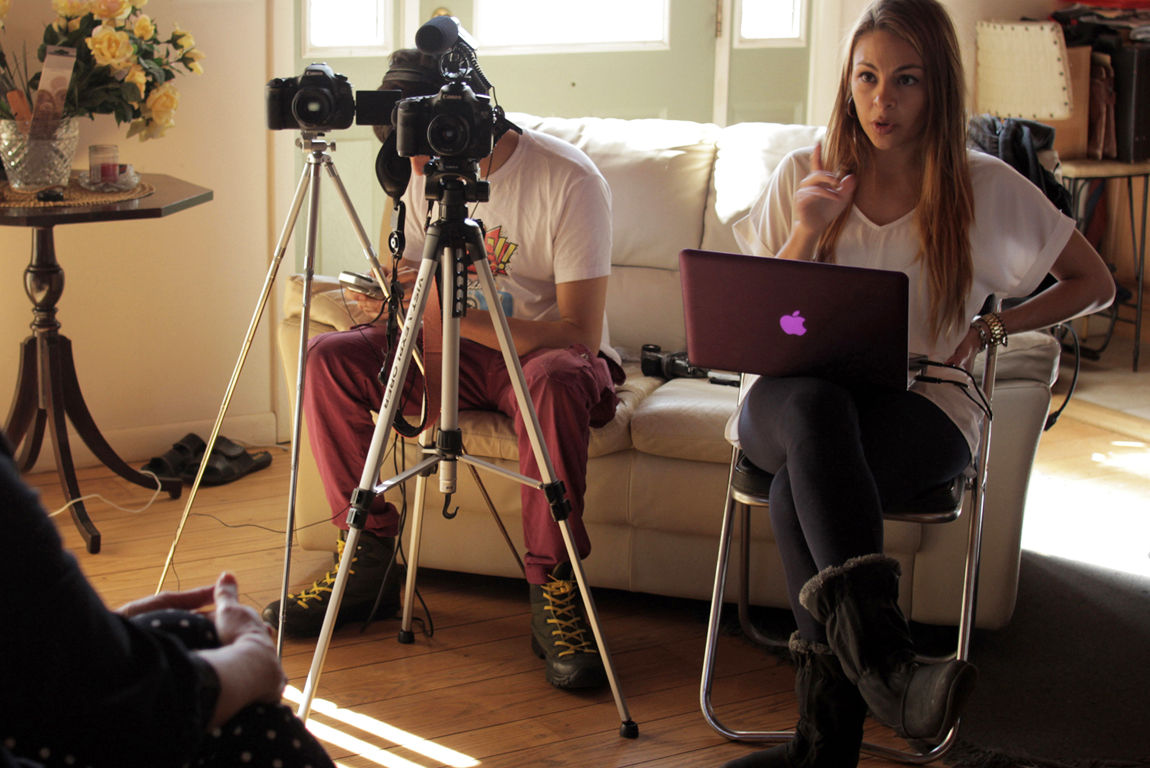 Graduate student Stephanie Martinez graduated from George Mason University in December 2010 with a marketing degree, but she found herself directing an original documentary this year about international violence against journalists.

Martinez, who is now pursuing a master’s degree in journalism at this university, attributes her sudden career change to a story she wrote during her senior year as an undergraduate that had a personal tie.

While enrolled in an electronic journalism class for her minor, she wrote a story about the accusation that Alberto Jubiz Hasbun, her stepfather’s father, murdered a Colombian presidential candidate in the late 1980s. She later discovered that it was Pablo Escobar — the infamous drug lord and head of the Medellin Cartel, a network of drug suppliers — who was behind the killings, using Hasbun as a scapegoat.

“The story opened my eyes to the power of investigative journalism and the violence journalists face in Colombia,” she said. “After I was done writing the piece, I fell in love with the idea of storytelling.”

Despite her lack of experience in filmmaking, she was inspired to create a full-length documentary about the perils journalists have faced in war-torn areas, specifically in Colombia.

The film, called Uncensored, focuses on journalists in Colombia who spoke out against Escobar and the violence they faced as a result of their actions. The documentary will premiere Saturday at the 20th Annual Cucalorus Film Festival in Wilmington, North Carolina.

Martinez reached out to renowned journalists such as Douglas Farah, an American who traveled to Colombia in the 1990s to cover the drug war for The Washington Post, while working on her documentary.

“I had no prior experience, but I got so many offers to help that I was shocked,” she said. “A lot of people are afraid to ask for help, but you shouldn’t be.”

Farah said he agreed to participate in the documentary because he believed he could help tell the full story.

“I think it’s a great untold and perhaps misunderstood part of Colombian history,” he said. “I felt it was really important to give the Colombian journalists who put their lives on the line the recognition they deserve.”

Martinez began planning a trip to Colombia to film with her team, but because violence against journalists in Colombia is still prevalent today, she became nervous. She barely told anyone she was going, and she spent just four days filming before boarding a plane to return home, she said.

The risky trip was only one challenge Martinez faced during the three years she worked on the project. Learning how to direct and produce a full-length documentary proved more difficult than she had anticipated.

“I was very naive in the beginning,” she said. “I thought, ‘Oh, it’s going to be so much fun doing a documentary.’ In actuality, it took me three years, a lot of hard work and even more investigation and figuring out how things work in the documentary world.”

But the risks and effort helped demonstrate the necessity of a free and independent press, she said.

Farah agreed and said the documentary includes lessons from which everyone can benefit.

“It is a really compelling story of human courage, and the price a society pays when a drug cartel is able to essentially take over parts of a government,” he said. “It is an important lesson in the necessity of a free press and the value that investigative journalism can have.”

Sophomore elementary education major Adrienne Brooke said she thinks Uncensored is an important documentary because many students might take this country’s freedom of press for granted.

“We don’t realize that journalists in other countries are brutally killed for voicing their opinion,” Brooke said. “It’s important for us to be reminded of the rights we have that others don’t.”

Martinez said she learned a lot from her experience in creating Uncensored, but especially to be open to new paths and ideas.

“Be willing to take the road wherever the documentary leads,” she said. “It may end up being different, but that’s fine because you shouldn’t marry your ideas. Be willing to change.”