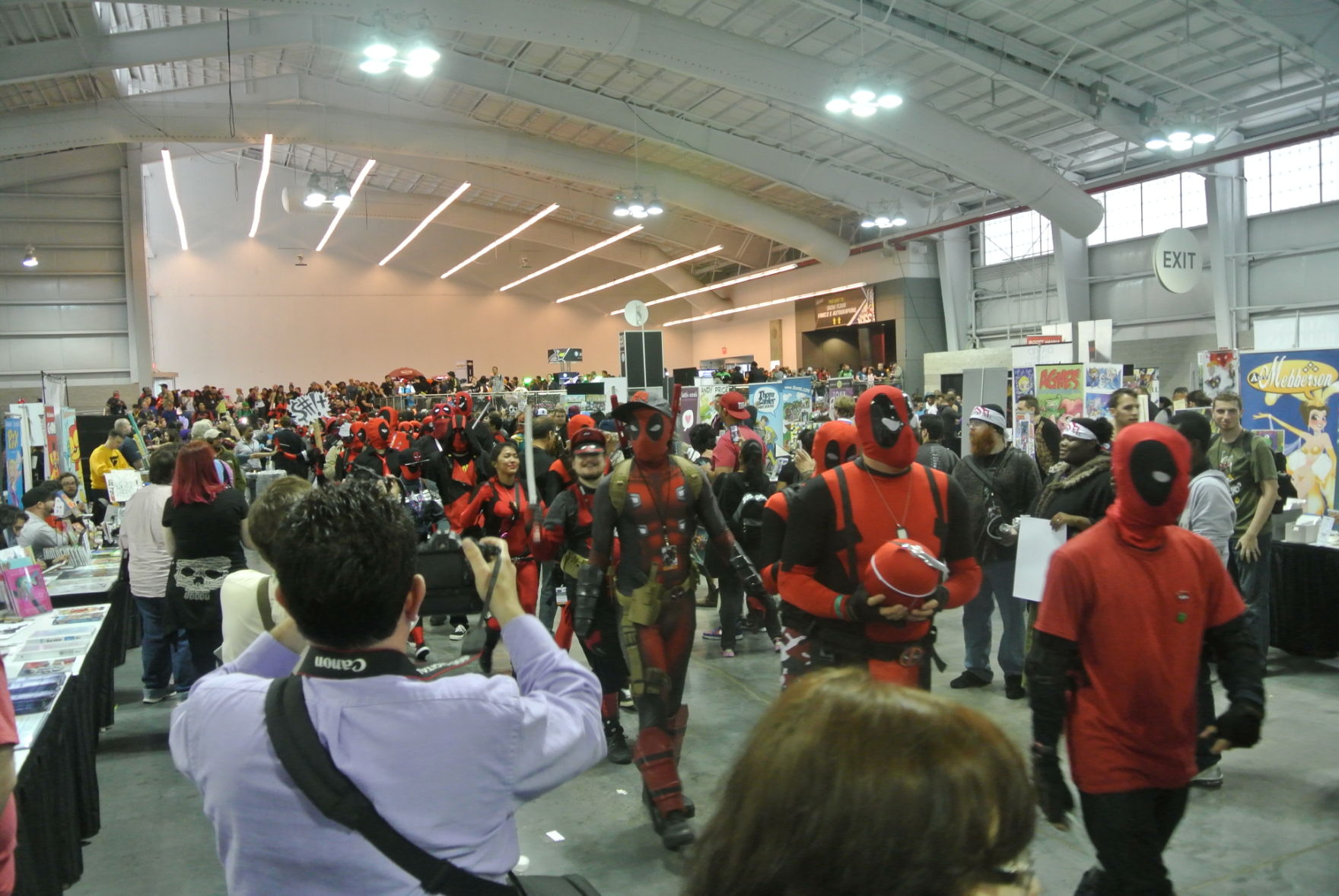 Geeks have taken over the world.

Well, maybe not the world. But while nerd culture has been growing more mainstream for the past 10 years or so, there is no denying that it’s now pretty cool to be a geek.

This past weekend, New York Comic Con became the largest comic book convention in the country, with more than 151,000 fans attending the four-day event. In past years, San Diego Comic-Con — known by many as THE comic con or just “Comic Con,” despite the countless other national comic conventions — has been the champion, with an attendance cap of 130,000 fans and creators packed into the San Diego Convention Center. Not counting for overlap, about 280,000 people attended the two conventions this year — that’s a lot of fans.

Last year, New York Comic Con’s attendance was again higher than SDCC with 133,000 attendees, though many considered this increase negligible. This year, however, NYCC’s organizers managed to fit an additional 18,000 people into the Jacob K. Javits Convention Center.

Having been crammed into the hallways and jostled by the thousands of guests in the convention’s main exhibition hall this weekend, I was surprised by the number of people in attendance. Sure, I knew that this was a bigger event than any convention in this state, and I knew there were lots of fans in the city alone that would be coming out, but never could I have imagined what it would actually feel like to be surrounded by so many fans.

The convention was surprising in the way that it managed to cater to fans of all kinds; though Marvel and DC Comics stole the spotlight on the show floor, they shared the space with booths for video game developers, anime distributors, board game designers and different divisions of Disney. Some of the big headlining events were discussion panels with the creators and actors from TV shows and movies such as The Walking Dead, Once Upon a Time and Birdman, among others. No matter what your interest, there were panels, events and booths that catered to you (though you had to often wait in a long line first).

Truly, NYCC is a sign that geeks have entered mainstream pop culture. A surefire sign of cool kid cred, the event even had some A-list stars ­­— including George Clooney — show up to promote their upcoming projects. But perhaps the most significant aspect of NYCC wasn’t the size, the high-profile celebrities or the diversity of its content; what excited me most was the way in which the event handled major issues that have been plaguing geek subcultures for a while.

Before nerdiness went mainstream, there were many problems that had attached themselves to certain forms of geek media and their audiences. Though the attendees at NYCC represented a variety of cultures, ages, races and genders, there are many stigmas in various forms of nerd culture that often target those who do not match a certain demographic.

Comic books are still struggling to shake off ingrained gender and racial biases in the medium. Video games and gamer culture likewise have been trying to amend the ways players interact with each other, both in an online environment and in a convention setting.

NYCC’s size, location and variety of content allowed for a sort of transparency of the major issues in geek culture that are usually hard to address. The convention featured panels that looked at people of color who work in comics, female characters in modern comics and literature, “gaymer” geek culture and more. I got to attend a panel called “Damsels in Distress Need Not Apply,” in which women writers discussed the ways they had deconstructed the binary notions of the “damsel in distress” and “strong female characters” in their works. While these panels might not have had the same crazy lines as the Patrick Stewart panel, there were still many people who had to be turned away due to the space constraints in the panel rooms.

Most significant, however, was the NYCC harassment policy posted on signs throughout the convention hall and written in the programming guides. There have been issues in the past several years of abusive behaviors at conventions across the country, especially directed at costumed guests. The no-nonsense policy at NYCC outlined respectful treatment of other attendees, regardless of race, gender identity, sexual preference and body size, among other factors. The policy, which featured the slogan “Cosplay is Not Consent,” informed guests on how to report unseemly incidents to convention staff and the local authorities.

Though the size of the crowds at NYCC was overwhelming, the convention still felt welcoming to all guests. NYCC showed that not only have geeks grown in number, but we have grown in social awareness, and that is a positive step forward for pop culture.