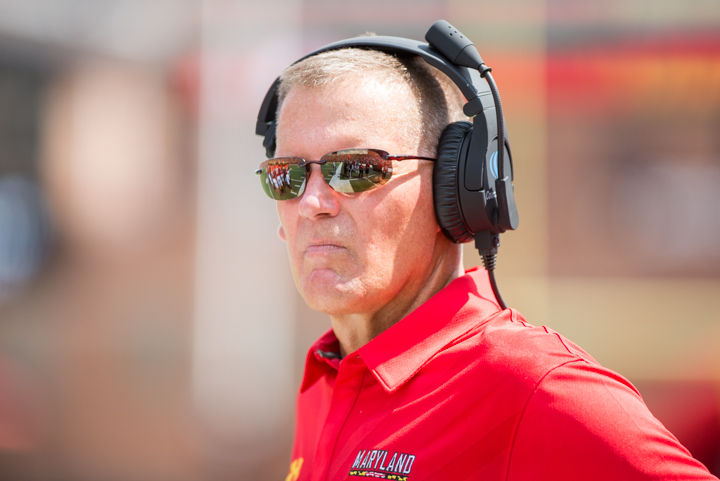 Edsall is still owed more than $2.6 million. The school must pay him his guaranteed $2.1 million salary for the 2016 season, plus a $500,000 buyout for the extension he signed over the summer and the remainder of his $2.1 million salary this season. The fifth-year coach signed a $7.5 million, three-year extension before this season, but it included a $500,000 buyout if the Terps opted to fire him before the end of the 2018 season.

“We appreciate Randy’s tireless commitment to the University of Maryland,” Athletic Director Kevin Anderson said. “This was a difficult decision, but ultimately this is the best course of action for our football program moving forward.”

Offensive coordinator Mike Locksley, who won two games in two-plus seasons as a head coach at New Mexico, was appointed interim coach. The program also announced it has fired assistant head coach Lyndon Johnson, who came over from Connecticut with Edsall.

Edsall was 22-34 with the Terps and 0-12 against top-25 opponents. A 2-3 start this season, in which all three losses were by 21 points or more, brought increased scrutiny on Edsall. Then after a 49-28 loss to No. 1 Ohio State on Saturday, Edsall stormed out of the press conference after a question about his pregame rituals with players.

Earlier in the week, Edsall said he wasn’t concerned about his job status. Tuesday, he said he didn’t feel any pressure.

Thursday, after reports of his imminent firing surfaced, Edsall reiterated that same message.

“The only reaction I have to anything is what I said on Tuesday,” Edsall said. “I don’t read anything, see anything. I’m just more worried about playing Ohio State.”

The Terps were outscored 73-6 against West Virginia and No. 18 Michigan in the two games leading up to the Ohio State contest. Throughout the season, the Terps struggled to find a reliable starting quarterback and used three different signal-callers over the first five games.

“There are always those who support or oppose any particular coach,” university President Wallace Loh said. “I certainly pay attention to everything people say. …We do take into account the views of everybody, not just major donors, but also students, faculty, staff and alumni.”

The Terps hired Edsall before the 2011 season to replace Ralph Friedgen. Edsall took over a program coming off a 9-4 season, and the Terps went 2-10 in his first year. Sixteen scholarship players and 20-plus players transferred in the offseason.

The Terps finished an injury-riddled 2012 campaign 4-8, a run in which four quarterbacks suffered season-ending injuries. Linebacker-turned-quarterback Shawn Petty finished the year under center.

Edsall led the Terps to a bounce-back 7-6 season in 2013, their last year in the ACC. Last season, the Terps’ first in the Big Ten, Edsall produced another 7-6 campaign. But the Terps lost three of their last four games and blew a 25-point lead to Rutgers in the regular-season finale.

Edsall was rewarded with an extension prior to this season, but the Terps floundered without a quality quarterback and the program decided to cut ties with the embattled coach.