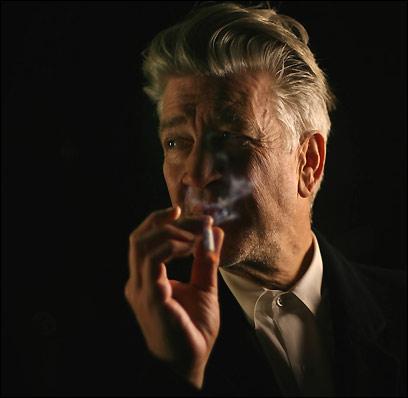 David Lynch taught me what movies could be.

And then, not long after he helped me discover the limits of what cinema could be, Lynch stopped making movies. His last feature film was 2006’s Inland Empire. I haven’t seen Inland Empire; in 2006, I was still a few years away from discovering Blue Velvet and going on a tear that would define me as a movie-viewer to this day.

All of this is a long, winding way of explaining just why it was so utterly disappointing — and yet entirely predictable — to hear that Lynch was pulling out of Showtime’s rumored Twin Peaks relaunch due to a contract dispute.

The taste of fresh Lynch ­— his perverse ear for dialogue, his singular way of constructing an iconic shot out of nothing ­— was so close, but it wouldn’t be modern Lynch if it wasn’t pulled away.

There’s been a sense in recent years that Lynch is tired of filmmaking, which made the Twin Peaks news both exciting and utterly baffling. As much as I — and so many others — miss Lynch, he hasn’t shown any interest in making cinema (or television, or anything that would make auteur-philes salivate) for more than a few years. Why start now?

Instead, Lynch has spent the past several years on a series of bizarre art projects, some seemingly deeply personal, some totally inexplicable.

With a few notable exceptions (his stark, disorienting turn as a late-night TV guru on Louie springs to mind), these projects — though many are Lynchian to their core — haven’t been very good. Let’s look at them now.

From 2010 to 2013, Lynch lent his dry vocal stylings to the role of Gus, the erstwhile bartender who lingered around the edges of this bleakly unfunny Family Guy spin-off. It’s not hard to see what drew Lynch to the part — like so much of his oeuvre, Gus was a weird, anachronistic juxtaposition of the macabre and the small-town idyll (this is giving Seth MacFarlane and company entirely too much credit, but just go along with it). He wore a vest and looked exactly like David Lynch, but he slung beer and palled around with 14-year-olds. He could unzip his skin and claimed to be 117 years old, and he was also the most boring character on a show full of truly dull cartoon men. His presence, however, didn’t manage to make The Cleveland Show watchable.

In 2011, Lynch unveiled Crazy Clown Time, an album that wasn’t so much a collection of songs as it was a swirling void of buzzes, tones and modulated vocals. It was nonsensical and nearly unlistenable. The Big Dream in 2013 was less shocking — its crazy, calculated incompetence was humdrum, more than anything. These records felt like a college senior messing around with Pro Tools to piss off his resident adviser. They were rough and unpleasant, but they weren’t truly Lynchian.

Again in 2011, Lynch helped design and launch a nightclub in Paris. Its website bills it as “A PLACE FOR EXCHANGES AND ENCOUNTERS THAT CONSIDERS ITSELF THE SUCCESSOR TO SALONS” [sic]. A Yelp review calls it “dark, mysterious, and oh so chic,” which is disappointing, because that’s exactly what you’d expect from a David Lynch-designed nightclub in Paris. Shock us, Davey! Switch it up! Where were the musical saws? The severed clown heads dropping spontaneously from the rafters? The log just kind of sitting in the corner, minding its own business but forcing everybody to be like, “Hey, Pascal, what’s that log doing here?”

Or you could really shock us, Lynch, and make a new TV show or film. Stop the retired-dad dabbling act, drink a damn fine cup of coffee and get behind the camera. We all have more to learn.