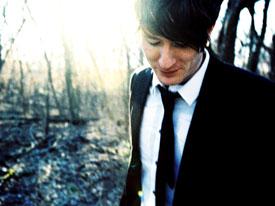 Adam Young, creator of the one-man-band Owl City, has been hard at work trying to maintain the momentum of his initial success, 2009’s Ocean Eyes LP and its inescapable single “Fireflies.”

Young’s latest album All Things Bright and Beautiful, released in June, debuted at No. 6 on the Billboard 200 chart. Since the release of this album, Young has been on a whirlwind tour across the country and will be performing at the 9:30 Club in Washington tonight.

The multi-instrumentalist and singer-songwriter has made great strides since his humble beginnings making music in his parents’ basement. While Owl City’s trademark sound remains unchanged, the soft-spoken Young notes an overall progression since his first album.

“I approach it in the same way I always have, but the more you do it the better you get,” Young said. “The new songs — as opposed to the older songs — feel older and wiser, as well as more dynamic and polished.”

Owl City’s synth-pop sound and delicate vocals have often been compared to The Postal Service, but it was the work of new-age musician Enya that heavily influenced Young in the creation of All Things Bright and Beautiful.

“I’ve always been inspired by Enya; I’m kind of in love with her,” Young said. “She has her own sound and her music has really helped me with my sound.”

Making the transition from one-hit wonder to serious artist has proved to be a difficult journey for Young.

Despite the monstrous mainstream success of “Fireflies,” the popular single has not been able to ward off negative criticism. All Things Bright and Beautiful has not had the same chart success as Ocean Eyes, nor has any single reached the heights that “Fireflies” did.

However, minor speed bumps such as these have not deterred Young from continuing to do what he loves.

“I do my own thing, and I’ve never been that interested in kind of reading what people are saying about me,” Young said.

“I love the studio atmosphere where I can be alone in my own thoughts and let the music basically write itself,” Young said.

Despite his self-described shy behavior, Young has come to appreciate the benefits of touring.

“I love not knowing where I am going,” Young said. “You wake up the next day, and you are somewhere new.”

Fans can expect plenty of both new and old songs from his live performance in Washington tonight. Surprisingly, Young’s favorite song to perform is still “Fireflies.”

“You would think that I would be so sick of playing it, but I love watching the crowd react to it and get so into it, and they are moved,” Young said. “It makes me think, ‘Wow, I created something that people are really connecting to.'”

Above all else, Young strives to create music that will have a positive effect on his fans.

“If people can walk away from the show and feel 5 percent lighter and uplifted, then I’ve done my job,” he said.