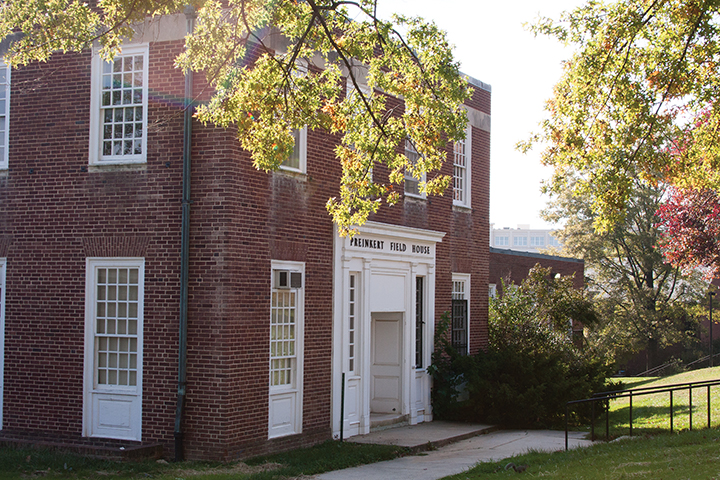 College Park was one of four municipalities in the state awarded the Sustainable Maryland Certified status in October for its efforts toward sustainability, including the city’s farmers markets and support for local businesses.

The university’s Environmental Finance Center granted the city the status for the first time since the program began in 2011. The program encourages communities in the state to create green action plans centered on sustainable projects. College Park joined Annapolis, Hyattsville and Edmonston in this round of selections.

The Sustainable Maryland Certified program has recognized 12 out of 157 state municipalities so far and eight of them this year, said Mike Hunninghake, the program’s manager. In College Park, activities such as the annual Bike to Work Day, several farmers markets and the Shop College Park initiatives that promote local business helped the city earn the award.

“College Park is in very good shape among that group selected,” Hunninghake said. “Overall, we’re very impressed with what College Park has been doing, and I’m sure they will continue to do a lot of those things.”

If a municipality registers for the program, it must create a “green team,” establish an action plan and gather points from a list of eight categories, including energy, health and wellness, community action, local economies and planning and land use.

Sophomore Jennifer Sellman said she thought sustainable practices on the campus carried over to those who lived off the campus because of the university’s central role in College Park.

“I definitely support the city going green,” said Sellman, who is enrolled in letters and sciences. “I think [the idea] is popular among college campuses.”

Kabir added that students had a role in sustainability initiatives, bringing the “resources, knowledge and experiences” to design new ideas within the community.

The city plans to implement the Capital Bikeshare program to help decrease its carbon footprint and to look at business recycling plans and collaborative projects between city residents and university students, Kabir said. These could include solar energy programs, community gardens and energy audits, he said.

Establishing green teams gives municipalities an extra push to develop green initiatives, Hunninghake said. The program will encourage communities to reapply every few years to maintain their town or city’s certifications, he added.

“This is just a start,” Kabir said. “We’re very glad to have it, but there are other things coming.”