Letter from an opinion editor 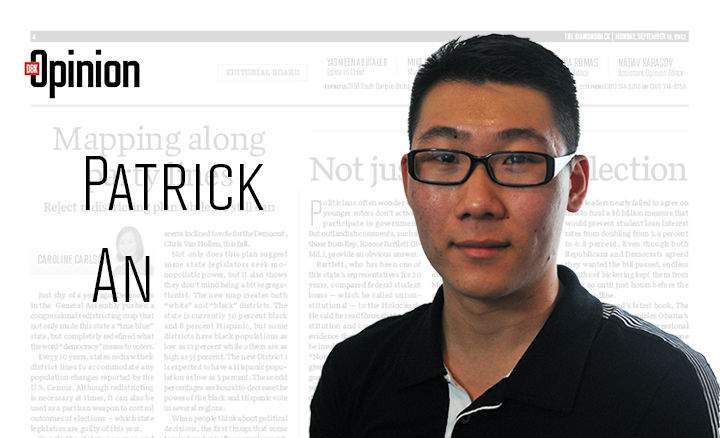 As The Diamondback opinion section moves into the school year with new columnists, we look forward to taking on the pressing issues of our society by offering, to the best of our ability, our most informed stances.

As I look back on some responses from readers in years past, however, this may not be enough. Many, when shocked by our opinions, acrimoniously lambaste us as incompetent writers and demand our ideas be censored for the good of humanity.

Many still wonder why we continue to write, why we often choose to stand alone, exposed to the masses with nothing but our writing to represent us, while our audience has the luxury to judge under the protection of anonymity or social media.

In some way, I have always known that we write because we refuse to have our thoughts handed to us by institutions, groups or people driven by motives of power. We write to continue the very crucial moral conversations that all of us have yet to find the truth for. We write because we truly believe that “words can sometimes, in moments of grace, attain the quality of deeds,” as Nobel Peace Prize recipient Elie Wiesel once said.

As I reflect on not only the state of my campus, but also on university campuses across our nation, I see there is much need for academic discourse through literary mediums and less through acts of protest and public demonstrations. If our campus learned anything from the numerous sit-ins and marches of last year, it was that many efforts were fruitless.

Requests to grant a police advisory committee veto power over University Police activities were outright rejected, as were demands by the Student Labor Action Project to increase campus minimum wages to $15 an hour. Calls to implement campus speech codes after the email incident involving AJ Hurwitz were similarly ignored by administrators. Their failures were not due to any lack of action, but they were impulsive and poorly reasoned.

Why are we all so eager to act but not to think? Is it because of our cliched fixation to be “progressive” and push our nation in the “right direction”? Does this mean we have to support raising the minimum wage indiscriminately? Does it mean we must collectively condemn and censor those who use offensive language on the campus? Does it mean we should bend constitutional rights to eliminate pervasive or even dangerous campus incidents?

Even though I, and many columnists like myself, have written about these issues by supporting a side, we do not know the answer. No one does. They are complex and convoluted and require a great deal of thought to even comprehend the nature of the discussion. We are, however, seeking the truth by instigating our readers to provide different insights or facts. Those who think they know the answers, like many university student demonstrators who have already shouted a resounding “yes” to the questions above as though they were self-evident, have not truly decided upon this through their own research of the facts or understanding of the situation. Too often, these perceptions become entrenched through campaigns of rhetoric and not logic, through media illiteracy and through individuals’ gut feelings, which should never be a substitute for unbiased thought. These are not acts of progressiveness; this is prejudice. These people are not leaders in which we should follow; they are pawns manipulated by an ideological hegemon.

As opinion columnists, it is our responsibility to be informed about our opinions. Many of my colleagues read through reams of text and spend hours of research, writing and rewriting just to churn out a column. Indeed, when our writing is bad and our reasoning is flawed, we deserve to be criticized, but we should never be censored for holding certain ideas; that is retrograde to the purpose of inquiry and a disgrace to the dialectic. As writers who seek the truth, we are always malleable to change, despite our present convictions. This is the most valuable wisdom I have gained during my time as a columnist.

Indeed, it is change that drives our society forward, not demands or ultimatums. Change however comes through indecision, through constant questioning and evolution. In the end, there may still only be one truth, one solution, but to get there, all ideas need to first be respected and reasoned before acting upon them.

Thinking back to the words of Wiesel, this might be the grace we must all extend to one another now so that when we do act, it will be worthwhile.

Patrick An, a co-opinion editor, is a senior physiology and neurobiology major. He can be reached at patandbk@gmail.com.