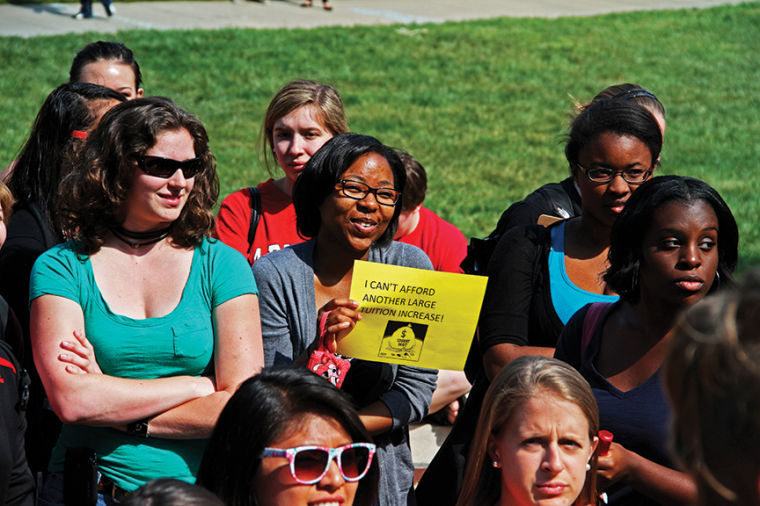 Students who previously could not afford college or would have struggled to earn a diploma may find relief in bills that would make higher education more affordable for certain groups.

One bill would allow members of the armed forces to pay in-state rates for graduate school regardless of the state they are from, while another would shave $1,000 off tuition for state educators or their family members.

While the bill for armed forces members stalled in the House of Delegates Appropriations Committee, this isn’t the first time such a measure has been discussed among lawmakers in Annapolis, and there is still strong support for it.

“I look at the extreme sacrifices that a number of people in our armed forces make on behalf of our freedoms, and I think that’s the very least we could do,” said Del. Michael Vaughn (D-Prince George’s). “It isn’t an easy transition sometimes for them, coming from the armed forces back into everyday society.”

And with the state’s DREAM Act allowing undocumented immigrants to pay in-state rates if they meet a set of requirements, as opposed to the much steeper out-of-state rates, Del. Warren E. Miller (R-Howard) said the bill is only logical.

“If we’re going to give in-state tuition to illegal immigrants, I don’t see what’s wrong with giving it to our military veterans,” Miller said.

Another bill, which Miller sponsored, would reduce tuition bills for state educators and their families by $1,000. The idea came from Nicholas Green, an 18-year-old legislative intern and student from Glenelg High School, who was given the opportunity to draft the bill through his school’s mentorship program.

“Teachers are probably one of the most overlooked job fields,” Green said. “They’re one of the lowest paid for what they actually do and what service they provide.”

Green said he recognized that within his own family, his mother — who is a state teacher — had to balance her job while also footing the bill for his sister’s education. He said this would provide some relief to several families across the state.

“I realized this is actually kind of a bigger problem than it really turned out to be,” Green said. In the context of already steep tuition bills in the state, Green added, “it would cut down on some of [the] cost but not all of it.”

Although Miller declined to comment on whether he supported the measure, he sponsored the bill for Green, adding it would be a relatively expensive measure to pass.

“I think it’s a very costly proposition, and I tend to be a fiscal conservative,” Miller said.

The state’s Department of Legislative Services said it would be hard to quantify how many people would benefit from this bill. If only 2 percent of those eligible under the proposed measure take advantage of the bill, tuition revenues would drop $1.5 million in 2014, the department found.

But it has secured some support from lawmakers, such as Vaughn, who co-sponsored this bill along with the measure to lower the burden for members of the armed forces.

“This is something that I don’t have a problem supporting because I think teachers are extremely valuable,” Vaughn said. “Oftentimes, their compensation does not reflect their true value and worth.”

He said he would like to see more than a $1,000 reduction but noted there is a point at which the cost becomes too high for the state.

“I don’t know if that’s a reasonable thing to do, considering other fiscal challenges that we have,” Vaughn said. “I’m just glad to see at this point and time we are doing something to try and address the compensation for our teachers.”