Vapor is the new smoke 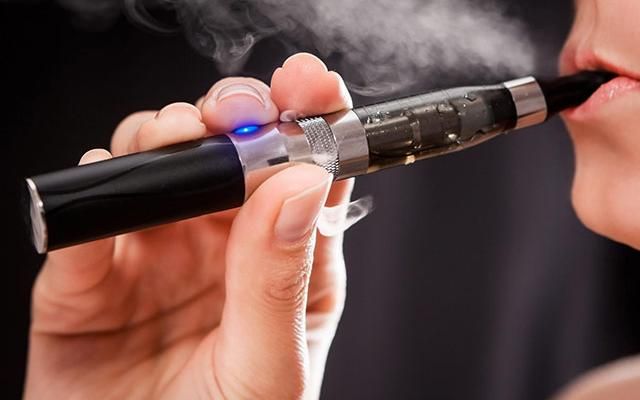 It’s a typical Friday night and you’re making your way to Route 1 when, suddenly, you smell something different in the night air. You can tell it’s coming from the group of people in front of you. The scent is faintly citrusy yet also oddly smoky, as if someone decided to grill an orange peel. Soon, you realize where this strange smell is coming from: out of the mouth of someone smoking a contraption known as a vaporizer pen.

Vaporizer pens are essentially electronic cigarettes that look like fountain pens. They’re appealing to many because they’re better for you than smoking traditional cigarettes and they’re portable. The vaporizer pen also allows the user to insert a variety of oils and waxes to create their own flavors. Flavors can range from classic fruit flavors such as apple, orange or banana to more absurd flavors, including bacon, beer and black raspberry champagne.

The Oxford Dictionaries named “vape” the word of the year for 2014. According to the OxfordWords blog, “You are thirty times more likely to come across the word ‘vape’ than you were two years ago, and usage has more than doubled in the past year.” It makes sense that use of the word “vape” has doubled, seeing as vaporizer-selling stores have been popping up everywhere.

In fact, Vape Exchange, a vaporizer store that doubles as a cafe, opened its doors in College Park this year.

Peter Bui, the head manage of Vape Exchange, believes vape pens are a helpful way for cigarette smokers to relieve themselves of their habit.

“Vaping kind of gives you the same sensation, but you can do it indoors or in your car, and it doesn’t stain your teeth and smell as bad as cigarettes,” Bui said.

Bui listed several positive aspects of vaping, even stating that Vape Exchange has a lot of customers who start vaping and eventually give up smoking.

But why put a vape store so close to the university’s campus?

“The University of Maryland is a smoke-free school and [students] can still vape on-campus,” Bui said. “For smokers, they can use [vaporizer pens] around campus instead of having to leave campus property to smoke.”

However, not everyone accepts the vaporizer trend. Many students think vape pens are simply an annoyance and a waste of time and money. For some, the vape pen is a bit of a smoking faux pas.

“I once heard someone say vape pens were the fedora of tobacco products,” said Rachael Herman, a freshman enrolled in letters and sciences.

The popularity of the vape pen seems to be rising almost as fast as the vapor itself. It’s important to acknowledge that they have proven to be a healthier alternative to smoking cigarettes. Love them or hate them, it seems vaporizer pens will be sticking around.