Bassnectar lights up the D.C. Armory 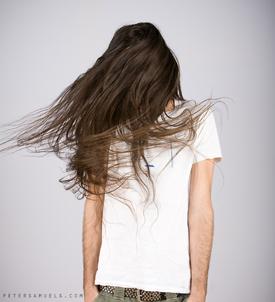 There are certain things to expect from a Bassnectar concert: glow sticks, costumes, penetrating bass lines, masses of people and visually staggering LED displays. Yet no expectations can truly prepare you for the outrageous, mind-altering experience (and I call it an experience because it truly is one) that comes with a concert of this magnitude. Bassnectar’s recent turn at the D.C. Armory this past Saturday night reflected its growing popularity by exemplifying electronic dubstep music at its finest.

The D.C. Armory is an expansive venue with a high ceiling comparable to that of an airplane hangar, which meant the many people who filled the arena were treated to not only flawless acoustics but also actual breathing space during the show. A venue of this size also ensured high quality production value, including various fog machines, lasers and a circus-themed group that paraded through the crowd just before Bassnectar’s first set.

To the fans, those little gimmicks may make for better entertainment, but for Bassnectar, née Lorin Ashton, every aspect — from the lighting to the other acts — is instrumental in generating the overall experience.

“Lorin is very assertive about what he wants,” said Lia Holland, Ashton’s assistant, “and we are very careful with whom we pick to open for us.”

That said, DJ Laura, Big Gigantic and Z-Trip all opened for Bassnectar and produced massive beats that raised the bar for quality entertainment.

“The crowd was insane,” said Jeremy Salken of Big Gigantic. “They really felt it.”

Furthermore, the camaraderie between the different acts backstage and the excitement in the air translated into their performances; each act added a new flavor to the mix and the crowd’s response was palpable as they cheered for each act.

By the time Ashton took the stage around 11 p.m., the floor was pulsating like a steady heartbeat as everyone moved in unison. That sense of togetherness has been vital to a tour of this magnitude — it’s the one overriding feeling at a Bassnectar event. Whether you are a part of the crew or a fan, nothing is more important than the enjoyment of the community as a whole.

The vision is ultimately Ashton’s, but behind the more unprofessional facade of electronic music lies a very professional management team that works endlessly to put on a spectacular performance night after night.

“In the past three years, everything has gotten bigger,” said Michael Smalley, the head of lighting design. “We have the most advanced lights, lighting boards and video in the world.”

Additionally, shows of this nature tend to get rowdy, so the management staff has enlisted program members called AmBASSadors, volunteer fans who help create the overall atmosphere of the shows. The AmBASSadors simultaneously pump up the crowd while literally pouring water into people’s mouths and ensuring the overall safety of the fans.

The show went from 7 p.m. to about 1:30 a.m., and Lorin was onstage “headbanging,” as he calls it, for almost two and a half hours. He played fan favorites like “Bass Head” and “Lights”, but also incorporated hip-hop and rock tracks stamped with his signature thick bass line. The lasers, smoke and visual images worked in conjunction with the music to enhance the sound thumping from the speakers.

Ashton introduced his first set with a remix from The Matrix that began with the character Morpheus saying, “Let me tell you why you are here.” Lorin has been known to incorporate this line into his live sets because it encompasses not only why the fans should be there, but why he began Bassnectar in the first place. At the end of the day, while the party may great, it’s always been about the music and experiencing it with those who can appreciate it.

“The tour isn’t only a way to convey his vision,” said Holland. “It’s to bring together a larger community with a force beyond dance music.”