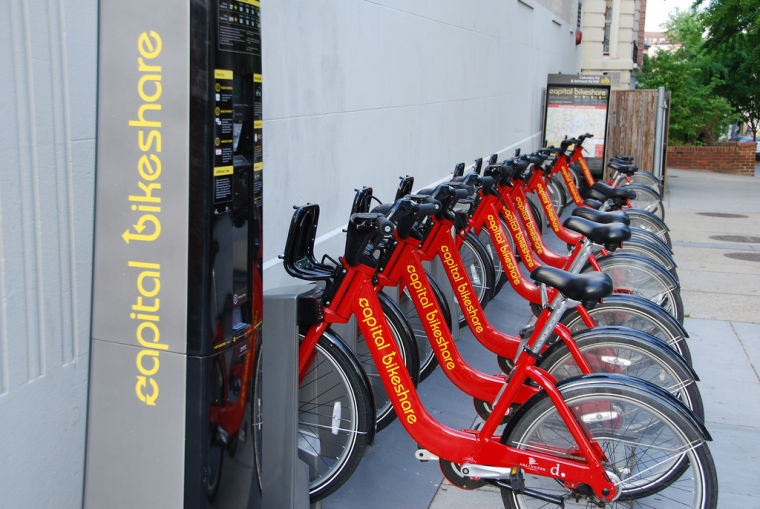 Plans to install Capital Bikeshare stations in College Park and on the campus have been put on hold indefinitely after the company that supplies Bikeshare’s bicycles filed for bankruptcy earlier this year.

“That threw a pretty significant wrench in our plan, in that we were unable to place any orders for those stations because they weren’t necessarily able to provide them,” said Valerie Goubeau, Department of Transportation Services acting assistant director. “We are kind of at a standstill now.”

In December, the College Park City Council voted to support the program with joint funding from the city and this university, District 1 Councilman Fazlul Kabir said.

The city is awaiting definitive answers from Alta Bicycle Share, Capital Bikeshare’s operator, about bringing Capital Bikeshare to College Park, though city officials said the initiative is still a priority. Public Bike Systems Company, a Montreal-based supplier that provides bikes and stations to Alta, filed for bankruptcy in January.

“We do plan to have Bikeshare here, but we are concerned by the fact that we can’t buy the bikes anymore,” said Steve Beavers, the city’s community development coordinator.

District 3 Councilman Robert Day said he was looking forward to the benefits the program would bring to the city and the campus.

“It’s an easy way of getting around; it helps take cars off of the roads when they aren’t needed; it helps with a healthy community, gets people out on the streets,” Day said. “It’s just an all-around good thing.”

The original plan included the installation of 10 bike stations with 62 bicycles throughout College Park, including six stations on the campus and one at the College Park Metro station, Beavers said.

These bike stations could encourage more people to bike if the plans go through, said Bryan Sanchez, a freshman enrolled in letters and sciences.

“You can just pick up a bike and at the same time just leave, so it will give people more accessibility,” Sanchez said.

Having Capital Bikeshare on the campus would create “a regional connectivity” within this state and Washington, Goubeau said, with stations in Washington, Rockville, Bethesda and possibly College Park.

“Biking is becoming a more broadly accepted mode of transportation. It’s also a fun way to get around,” Goubeau said. “We are looking forward to being a part of this regional system.”

In addition to connecting College Park with surrounding areas, Kabir said the program would help mitigate traffic on Route 1 and encourage students and residents to be more active.

Goubeau hopes that despite the bankruptcy, the city will be able to provide this service to students and residents. Beavers said he hopes to have a bike-sharing service in College Park by the fall.

“We are still planning to continue with Capital Bikeshare,” Goubeau said. “But in the meantime, everybody is just kind of holding their breath for these bigger companies to work out who’s going to be providing what.”

Correction: Due to a reporting error, an earlier version of this article incorrectly identified which company filed for bankruptcy. Public Bike Systems Company, a Montreal-based bike supplier for Alta Bicycle Share, filed for bankruptcy in January. The article has been updated to reflect this change.