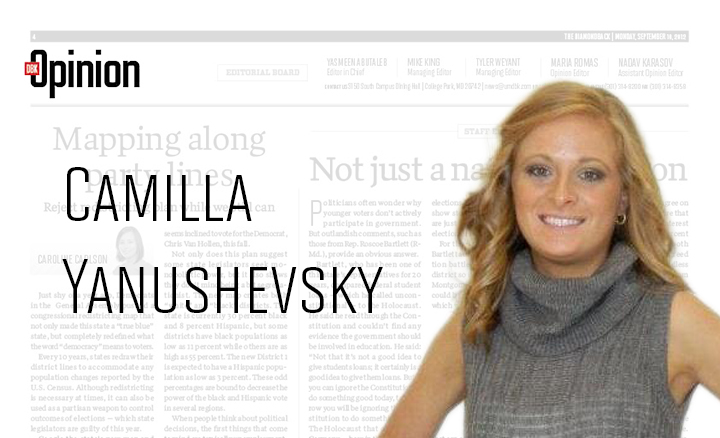 Obviously, not all universities and degrees are created equal. But an undergraduate degree in economics has one of the best returns on investment, according to U.S. News and World Report. Moreover, Nikki Muller graduated from both Harvard and Princeton. At least she isn’t one of those private school students who flock to sugar daddies to help pay off their student debt in return for a “date.”

At a time when total student debt is topping $1 trillion and nearly one in six borrowers defaults, I guess we should be “thankful” for the federal government’s decision to not double the interest on Stafford federal loans to 6.8 percent. I guess the federal government didn’t want a repeat of Canada’s “Maple Spring,” when students protested government tuition hikes.

With the current sizzling debate about the necessity of college degrees, incoming college students — both freshmen and sophomores — need to be strategic regarding the major they choose. Major in engineering, accounting or computer science. Students with degrees in these majors will always find jobs. If you are genuinely not interested in these areas, be fully aware that a degree in humanities and the liberal arts can leave you graduating without a job.

My recommendation is to double major (or major and minor) in one practical major, then one that genuinely interests you. For those who are stubbornly determined to make it in the humanities and liberal arts, start the internship or fellowship search very early.

For upperclassmen, you guys are stuck with your major, so work really hard as an intern and you could become a full-time hire. Also, understand that while college may be fun, the world outside of college is brutal. Take it seriously. You need expertise. You need to stand out.

The government that gets 80 cents back on every dollar that goes into default doesn’t have much of an incentive to fix the crisis unless students speak up and make it a presidential priority. Some local and state governments have tried to help students out, though. In rural Kansas and Niagara Falls, N.Y., for example, local governments will help young professionals pay off student debt if they move to the areas in order to reverse declining population trends.

Relocating to communities that lack jobs in the first place just to pay off student debt? Depressing — especially when compared with European universities, public and private, that are cheaper and universities in Sweden, Norway, Finland, Germany, Denmark, Austria and Belgium that are free.

Camilla Yanushevsky is a junior finance major. She can be reached at opinionumdbk@gmail.com.