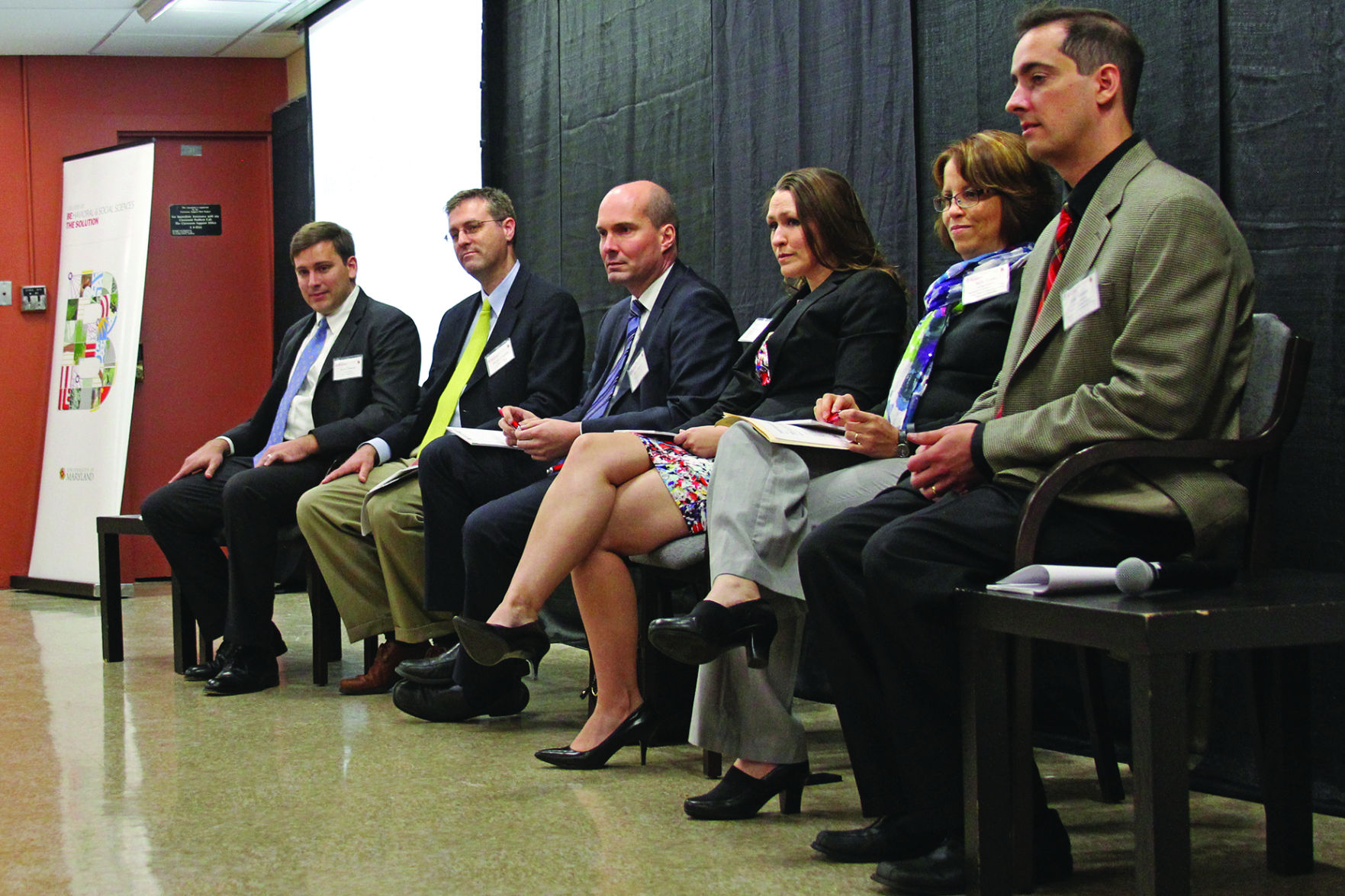 This university’s Center for American Politics and Citizenship recently began a partnership with The Washington Post to create in-depth public opinion polls. A crowd of more than 150 students Wednesday watched a panel of Post reporters and CAPC faculty discuss their first poll and the gubernatorial race.

The poll, which was released on Oct. 14, showed Lt. Gov. Anthony Brown ahead by 9 percentage points and also revealed several trends about the most important issues for voters.

“Taxes is a perfect example of that coming up in the poll and suddenly becoming a dominant issue,” Johnson said. “Larry Hogan had been running on a one-issue platform of just talking about the economy and taxes. Anthony Brown started making taxes and jobs a top focus.”

Hogan, the Repulican gubernatorial candidate, is much closer in the polls than many had expected in a state where registered Democrats outnumber Republicans 2 to 1. Post polling analyst Scott Clement compared this race to Robert Ehrlich’s victory in 2002, the only time a Republican has been elected in this state since Spiro Agnew in 1966. “Ehrlich had two things going for him to help him overcome that big party registration advantage,” Clement said. “One was winning independent voters by over 20 points, and the other was peeling off almost 1 in 5 Democrats.”

Clement said Hogan has a big lead among independent voters but noted that turnout among this group is historically low. Post reporter John Wagner said Hogan is focusing on taxes to sway the voters in the middle, while Brown emphasizes social issues to scare Democrats away from considering Hogan.

“You’re hearing so much about taxes with Hogan because he needs Democrats to win,” Wagner said. “There are a number of disaffected Democrats out there; people who are anxious about the economy generally are going to be more open to a message than they would be otherwise.”

Stella Rouse, assistant director of the Center of American Politics and Citizenship, said she was interested in looking at the issue of race, given that Brown has a chance to be the state’s first black governor and just the third in the country.

Rouse was surprised to find that black people polled did not think electing a black governor would make a difference for this state’s black population.

“This plays into the fact that Brown has not really made race a huge issue in this election, he’s downplayed it considerably,” Rouse said. “Only until recently, when the polls have gotten closer, the Democrats and his headquarters have started trying to get out the African-American vote.”

The panel was held during a GVPT170: American Government lecture in Tydings Hall. Sophomore government and politics major Meredith Lightstone said she is excited about the college’s partnership with the Post and found the discussion enlightening.

“This particular race is really interesting because a lot of people think it’s going to be really certain in favor of Brown, but because of that, there might be a reduced turnout and it could be the other way around,” Lightstone said.