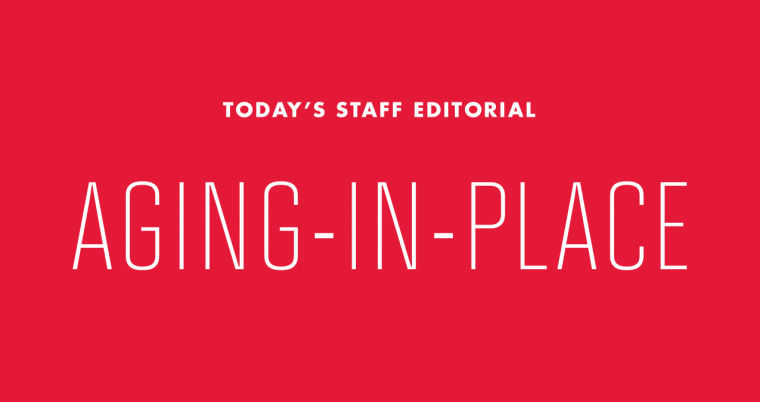 Efforts to revitalize this city and draw both commuters and new residents to the area have been in full swing for more than a decade, but the College Park City Council is poised to make headway in assisting one existing population that often lives at the margin.

The City Council formed the College Park Aging-In-Place Task Force at an April 8 meeting, tasking the group with pinpointing ways to enable the city’s senior residents to maintain their independence and homes as they age.

District 1 Councilman Fazlul Kabir acknowledged in an interview with The Diamondback that the city’s resources for its growing number of senior citizens are lacking.

Residents 65 years and older constituted 5.7 percent of the city population in 2013, according to U.S. Census Bureau estimates. Take into account the 2.6 percent of residents 60 to 64 years old and the 2.9 percent age 55 to 59, and the city’s population of senior citizens appears poised for greater growth over the next decade.

These likely long-term residents probably harbor strong ties to the lives they’ve built in this city. As they age, many might oppose leaving their homes for senior living communities or assisted-living centers, which often carry the stigma of a perceived loss of independence. But whether the city’s senior citizens choose to remain in their homes for life or transition into other housing options, the council is right to promote aid for some of its most valuable constituents for as long as they remain in College Park.

Area senior citizens provide much-needed stability in a city that’s only briefly called home by more than 35,000 transient university students. Many resided in the city before students now enrolled ever arrived, and they’ll likely remain in the city for some time after graduates depart.

Long-term residents forge the city’s identity just as much as — if not more than — students, given their extended years of influence. The City Council’s newly kick-started efforts to help those who might have lived longest in the city maintain their lifestyles are commendable.

Hyattsville Aging in Place has set a noteworthy local precedent for such efforts. The volunteer nonprofit service offers seniors in the neighboring city information sessions, hosts social events and provides services such as grocery shopping and snow shoveling. The Hyattsville City Council’s lone contribution to the program was hiring a senior services coordinator in 2012, the program’s second year of existence.

For this financially strapped city, a volunteer service could provide a low- or no-cost option for aiding senior citizens. The council reportedly is looking into state grant opportunities which, if allocated toward a nonprofit similar to Hyattsville’s program, could help establish an effective, long-running support service that won’t drain the city’s economic resources.

With valuable input from experts at insurance provider MetLife and AARP, whom the task force hopes to consult as plans move forward, the council hopefully will succeed in identifying senior citizen’s specialized needs. Then, this city’s older population will garner the aid it requires to not just continue to grow, but also thrive.