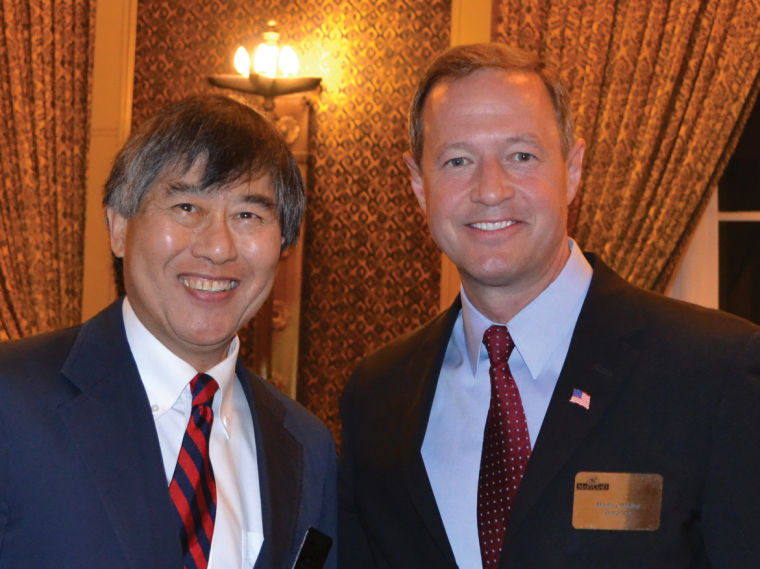 The state is hoping to shore up its business relationships with Israel, and this university will play a crucial role in advancing a partnership that centers on furthering the state’s innovative and entrepreneurial technology-driven economy.

Last week, Gov. Martin O’Malley returned from visits to Israel and Jordan and announced the formation of the Maryland/Israel Development Partnership. Through the Maryland Venture Fund, the collaboration will work to connect state businesses with those in Israel, playing off the strengths of both economies in the cybersecurity and life sciences sectors.

The state’s Department of Business and Economic Development and the Office of the Chief Scientist in the Israeli Ministry of Industry, Trade and Labor will fund two companies — one from the state and one from Israel — to help joint development and research become a commercial product.

The program is a essentially a relaunch of a 2004 campaign to bring Israeli companies and their influence to this state’s technology industry, which ultimately fell short of expectations when it became difficult for this state and Israel to find the right companies and to get them to collaborate as a joint venture.

“It’s been difficult to have all three of those stars align,” said Thomas Dann, managing director of the Maryland Venture Fund.

But Dann hopes the effort will find success this time around.

O’Malley’s InvestMaryland initiative — a venture capital program under the stewardship of DBED and the Maryland Venture Fund — has successfully raised $84 million, which will provide the funding needed to keep the partnerships afloat, Dann said.

The state has also reached out to Massachusetts, which has already seen success in joint venture programs with companies in Israel.

“This is an experiment,” Dann said. “We’re trying to make this concept work, and we think we got more ammunition to make this work.”

It helps that the two economies complement each other, Dann said, a fact university entrepreneurs have figured out as they work to bolster their own business relationships with Israel.

Eco Branding, a sustainability communications firm created by three university students and alumni, has seen a healthy economic relationship between the state and Israel, said Jake Rozmaryn, the company’s founder and CEO.

The technology sectors in both economies, he added, are advanced and will continue to advance by using the university as an incubator.

“As the flagship university within the state, University of Maryland is going to play a key role in the development of these new technologies,” Rozmaryn said, “and having a partner like Israel that is so advanced in terms of what they’re producing really will give University of Maryland a strategic advantage to capitalize on what is going on in Israel.”

Eco Branding helps “facilitate the transition” as Israeli products move from the development stage to the commercialization stage, Rozmaryn said. The company focuses on sustainability, he said, adding these industries are examples of where the state and Israel work well together.

“There are serious opportunities for joint ventures between Israeli companies and Maryland companies, particularly in the area of clean tech and energy efficiency,” Rozmaryn said. “These industries are growing and are coming to Maryland.”

Israel is also a producer of medical technologies, which often make it into this state.

Joint business ventures would help facilitate such technology-sharing to the benefit of both economies, said Ira Rickman, president of TAMID Israel Investment Group, a student-led initiative that works to connect entrepreneurial-minded students with the Israeli business community.

“You see a lot of Israeli companies that will actually set up shop here in Maryland,” said Rickman, a junior economics and finance major. “It’s an easy way for these technologies to get themselves into Maryland’s economy.”

As a keystone of this university, entrepreneurship serves an important role in the Israeli-Maryland business relationship, said Rickman, adding Israel is a good outlet for entrepreneurship and can play off of the university’s strengths.

“Finding ways to learn from and study with, and capture some of those innovative capacities and thinking abilities are really important toward building our entrepreneurship,” Rickman said.