UMD students and professor turned off gene in roundworm cells 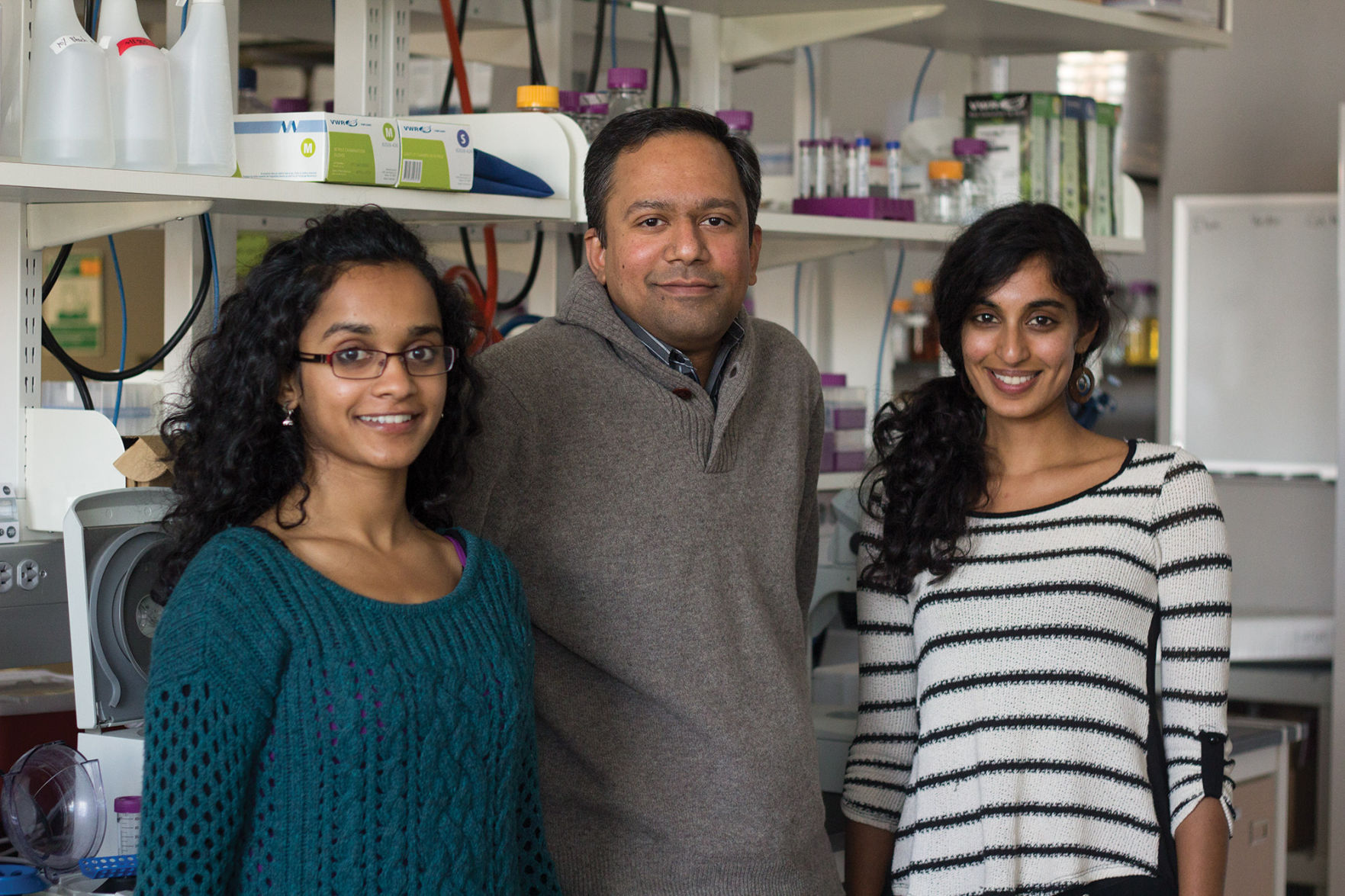 Researchers induced changes in roundworm sex cells for generations by altering neurons in the brain — a process that didn’t involve any change to the sequence of DNA.

Though science has long equated evolutionary inheritance with genetic changes — genes advantageous to survival are passed down and propagate adaptations in future generations — a recent development in the field of epigenetics suggests genes can simply be turned on or off.

This method of silencing genes could result from environmental factors, suggesting that genes are not fixed at birth and the environment in which an organism lives can change them in ways that are then passed on to future generations, according to the research.

In a recent study published this month in the Proceedings of the National Academy of Sciences of the United States of America, two graduate students and a professor from this university turned off a gene in the neurons, which are somatic or nonreproductive cells, in fluorescent roundworms.

The silencing resulted in germ cells — spermatozoa and eggs — to stop glowing not just in the generation with affected neurons, but for more than 25 generations after.

“The question was whether somatic cells can communicate with germ cells,” said Sindhuja Devanapally, the lead author of this study and a doctoral candidate in molecular and cell biology at this university. “We didn’t have an expectation of what answer we would get, but it turned out the answer was yes.”

The researchers measured transgenerational epigenetic inheritance by introducing double-stranded RNA against a green fluorescent protein in the neurons of the worms, said Antony Jose, a co-author of this study and an assistant professor in cell biology and molecular genetics at this university. This RNA was transported to germ cells, which glow green, and turned off their fluorescence.

The fact that continued generations of these worms had germ cells that did not glow green — even after the RNA that induced the change was removed — indicated that epigenetic inheritance was at work, Jose said.

Researchers chose this type of nonparasitic nematode roundworm, Caenorhabditis elegans, because of its quick generation time — one generation being the span of three days. They also chose the worm because it was the first animal to have its genome sequenced and so much is already known about it, Jose said.

Even though researchers know the worm so well — even down to the fact that it has 959 somatic cells — Jose said no one knew it could send a message from the neurons to the germ line.

More research would be necessary before studying epigenetics in more complex organisms, but this lays the framework for something that was previously thought to be impossible.

Jonathan Dinman, a professor and chairman of the cell biology and molecular genetics department at this university, said Jose is a researcher who asks “big simple questions” and answers them in unexpected ways.

“The key thing is our genes do not determine our fate,” said Dinman, who was not involved in the study but said it was scientifically sound. “It’s a combination of our genes and our environment.”

Epigenetic inheritance across generations in humans has been inferred, often involving descendants of famine victims, but they have not provided conclusive results, Jose said. Still, epigenetics seem to provide a way for faster evolution.

“There’s always been a gap, a lag between the harsh environmental condition and the lucky mutation that allows the organism to have progeny and go on,” he said. “Now imagine if this system of sending information from body cells to the germ cells could be used in response to something in the environment. Now you don’t have to wait for many generations for a random mutation to help you out.”

Future research will involve turning genes back on after turning them off, Jose said, to understand the process better. He said there would also have to be studies about whether organisms could transmit information across generations on their own outside a lab environment.

“If it is possible, you can imagine organisms are adapting faster and faster to their environment,” Jose said, “because they have ways of sending that information.”