Identifying leaves? There’s an app for that 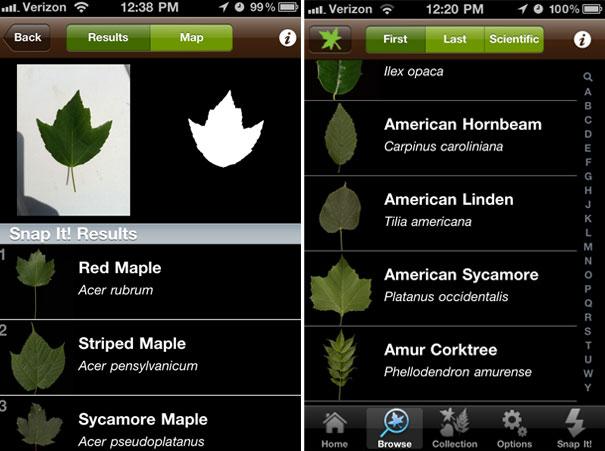 New research suggests the days of staring at trees intently for hours to determine their name and species are over.

Why? Well, there’s an app for that.

Only leaf-lovers in the Northeastern U.S. will be able to use the relationship-building powers of this device – despite this limitation, however, it’s has over 1 million downloads under its belt from China to Germany and the United Kingdom to Africa, John Koress, a curator and research scientist at the Museum of Natural History, said.

“There will always be more citizens than scientists so harnessing the power of these non-specialists to answer the difficult questions about the future of biodiversity is immense. The proper use of smartphones is critical,” Kress said.

But it was never meant to climb into the app world – the device was supposed to remain in scientists pocket when it was on the drawing board in 2003 – but researchers realized the smart phone application of a simply observational tool – Leafsnap – would be a smart idea.

And it’s this use that will give smart phone users the smarts to be what university computer science professor David Jacobs calls “citizen scientists.”

This isn’t the first time researchers have found a specific, scientific use for apps: apps have been use to translate texts between languages (like translating a Chinese menu into English) and identify breeds of a dog. Leafsnap is one of the first out of the bush to tackle the leafy problem of identifying trees and leaves to the casual observer.

But tree-huggers may be disappointed: because the app uses a leaf’s shape as the primary indicator of the tree type, that maple tree might actually be something else.

“We do not expect to achieve 100% accuracy automatically. Partly, our algorithms are just not as good as the human visual system,” Jacobs said.

But here’s one thing he is sure of: “There are a ton of apps. That’s for sure.”