Can Ashton Kutcher save Two and a Half Men 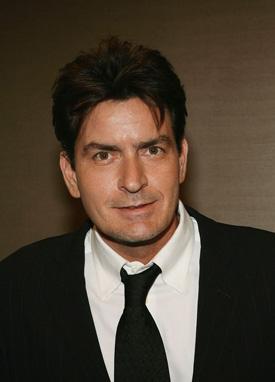 Over the past ten years, Ashton Kutcher has monopolized the Twitterverse, married Demi Moore and devised the show Punk’d. But what he has not been able to do in this time, despite his A-list status, is produce a bona fide hit.

It seems as though his turn on Two and a Half Men, which premieres tonight, will be no different.

Two and a Half Men has generated a great deal of buzz this past year thanks to the public breakdown of its former star, Charlie Sheen. When it became apparent Sheen would no longer be a part of the show, most assumed it would end. However, the most shocking aspect was not CBS’s choice to renew the show for another season, but who they picked to headline it — Kutcher.

Even fans of the show seem perplexed by this unorthodox decision. Two and a Half Men succeeded in part because of Sheen’s ability to act, but mostly because it gave him an avenue to play an exaggerated version of himself. To continue with that premise, it would have made sense to cast someone cut from the same cloth as Sheen.

The decision to cast Kutcher makes little sense, as he embodies everything that Sheen is not. Not only are the celebrities’ public personas worlds apart, but the same can be said of their resumes.

After countless underwhelming movies, people do not expect greatness from Kutcher. Sheen, on the other hand, has gained critical acclaim for many of his films and, despite his outlandish behavior, was the main reason the New York Times once referred to Two and a Half Men as the “biggest hit comedy of the last decade.”

In Kutcher’s defense, it’s quite possible that the show would have failed regardless of who was at the helm.

Thanks to Sheen fatigue, there are very few actors who would have been able to save this sinking ship. Moreover, Two and a Half Men (whose “half of a man” is now almost an adult) has been on air for eight seasons despite a recent turn towards unoriginal story lines and growing disapproval, both critically and publicly. Sheen’s exit from the show seemed like the perfect time to stop production; the decision to continue the show without its star has been seen as a last ditch attempt to salvage something that should have been left alone.

While CBS will never admit it, Sheen was correct when he said that he was the show. Curiosity may cause people to tune in tonight, but will the show be able to sustain this momentum?

Probably not. At this point most agree that it is no longer a question of whether or not Two and a Half Men will succeed, but how quickly it will fail. If the success of the show rests on Ashton Kutcher’s slim shoulders, the odds do not look good.

When Two and a Half Men premieres tonight, we can be sure Charlie Sheen’s character won’t go quietly into that good night. Instead, thanks to his well-publicized disparaging of showrunner Chuck Lorre, the season premiere will apparently begin with Charlie Harper’s funeral. We’re not sure how, exactly, he’s going to die, but we have some ideas:

—Loses to Joe Francis in a lack of class-off.

—Like all walking punchlines, dies an unmourned death of exhaustion after the 100th Jay Leno monologue to feature a “WINNING” joke.

—Dies of shame after realizing his brother, who was in D3: The Mighty Ducks, has had a more dignified career than he did.