Keep your money; say no to the gas tax 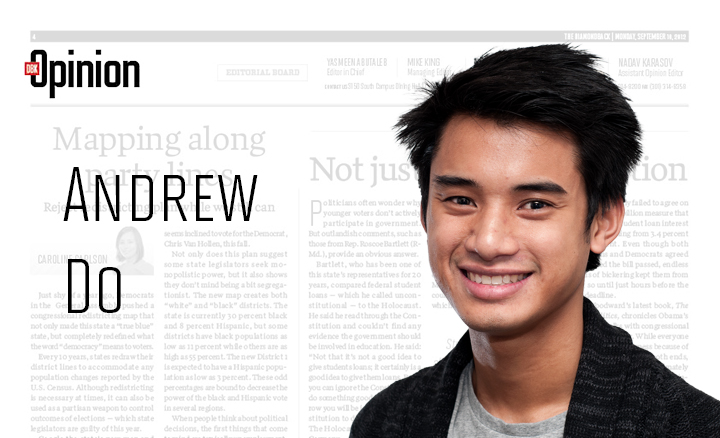 Driving down Route 1, you may have noticed a gallon of regular gas was priced at $3.85. Of that $3.85, 18.4 cents goes to the federal government and 23.5 cents to the state government — bringing the total tax on one gallon of gas to 41.9 cents. If there were no taxes on gasoline, we would only be looking at paying $3.43 per gallon — a substantial difference when you drive on a consistent basis. But there is a reason for those taxes — they fund various transportation projects. The money is used to repair roads, set up new projects for improving traffic and locally, a light rail project: The Purple Line meant to connect New Carrollton to Bethesda through College Park. It is understandable the government has such a tax, but what Gov. Martin O’Malley has proposed for the last few years — further gasoline tax increases when the price is almost $4 a gallon already — is taking it too far.

O’Malley has been proposing a tax increase of 2 percent each year for the next three years. In the end, it would add more than 20 cents for the current Maryland average gallon on top of the already 41.9 cents the government collects.

The truth is, everyone, even those who claim to be environmentally cautious (like me), still drive a gasoline-fueled car — even the governor still rides in his gas-guzzling SUV. Almost everyone will be burdened by this tax.

If this country wants to lower its energy costs and be energy independent, it needs to explore all its natural resources, in addition to investing in other means of energy, such as harvesting energy from green algae. But if we wait around for innovation to hit us, we can just watch oil prices spike in the meantime. Until this country can lower its prices on gas, the government should not be adding to the already high prices with an increase in taxes.

It’s no secret the state is short on funding for the big programs and projects it wants to accomplish, such as the Purple Line. However, with the rising price of gasoline reaching almost $4 a gallon, the proposed tax increase would hurt the already fragile economy. College students who drive spend hundreds of dollars a month on gas — an increase in the price of gasoline will only add to that burden.

State taxpayers shouldn’t be punished because the government can’t fund its projects. The governor and legislators have had their hands caught in the cookie jar, borrowing money from the Transportation Trust Fund to finance projects other than transportation projects. Now that the Purple Line needs funding, the governor and legislators are making the middle-class taxpayers pay the price for their gross mismanagement.

As much as the Purple Line would benefit the green initiative and, eventually, students who commute from Bethesda to College Park, the state needs to rearrange its current funds to pay for it, not place the burden on college students and middle-class Marylanders.

Andrew Do is a senior biochemistry major. He can be reached at doandy09@yahoo.com.