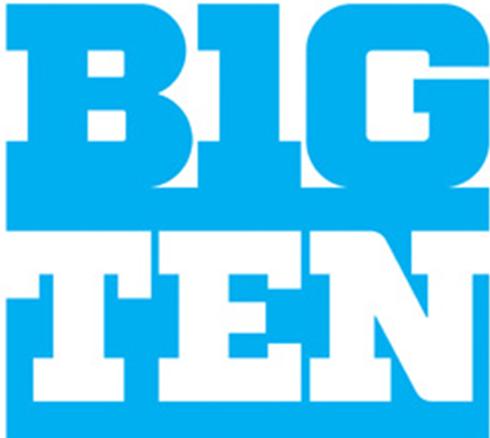 The university will join the Big Ten beginning July 1, 2014, university President Wallace Loh announced in a news conference this afternoon.

The Big Ten Council of Presidents unanimously accepted the university’s bid to join the conference this morning for the 2014-15 season, according to The Big Ten Network. The move comes on the heels of a slew of conference realignments, including Notre Dame joining the Atlantic Coast Conference in September in all sports except football.

Unlike the ACC, the Big Ten is a revenue-sharing conference, meaning members receive a share of the money generated from all sports events and games. This fiscal year, the conference distributed $284 million, equating to about $24 million per school except Nebraska, which joined last year.

“I did it to guarantee the long-term future of Maryland athletics,” university President Wallace Loh told The Diamondback of the decision to move. “No future president will have to worry about cutting teams or that Maryland athletics will be at risk.”

Rutgers is also expected to make the same move and announce it tomorrow, ESPN reported.

ACC Commissioner John Swofford said the conference is looking ahead despite losing one of its founding members.

“Our best wishes are extended to all of the people associated with the University of Maryland,” Swofford said in a statement. “Since our inception, they have been an outstanding member of our conference and we are sorry to see them exit. For the past 60 years the Atlantic Coast Conference has exhibited leadership in academics and athletics. This is our foundation and we look forward to building on it as we move forward.”

The Big Ten has its own cable network — the Big Ten Network, which will air the university’s announcement at 2:30 p.m. — which is responsible for much of its revenue. Loh said the conference’s forward-thinking approach was a critical factor in the decision.

“[The Big Ten] is going national because of a phenomenon,” he said. “Attendance among college-aged students is dropping. The reason is because this generation is completely wired, and they are getting their education and entertainment on tablets and mobile devices. Everyone thinks you make your money in seats. You make it on eyeballs on a screen.”

While university officials have yet to announce the exit fee, the ACC hiked its fee to a record $50 million — the highest of any conference nationwide — following Notre Dame’s addition. Pittsburgh and Syracuse will also join the ACC in the 2013-2014 season.

The Student Government Association Executive Board endorsed the move in an open letter to the Board of Regents, noting it would provide the university with much-needed revenue. However, it also pointed to long-standing traditions that would be lost and some teams that will be left at a “competitive disadvantage,” and called on administrators to address the concerns.

“While student sentiment is by no means unanimous on this issue, we believe it would be in the best interests of the undergraduate student body for the University of Maryland, College Park to become a member of the Big Ten,” the letter wrote. “Although we mourn the traditions that would inevitably be lost, joining the Big Ten would fundamentally transform our university for the better.”

Although the move may be unpopular, Loh said assuring the athletic department’s financial stability was the main driving factor.

“I came to this university two years ago and discovered there were deficits going on for several years and nobody told me about it, and I was left with the job of having to cut teams because we’re required to balance our budget and I swore this would never happen again,” he said. “Not to me, not to my successor. It was the most painful experience and I still get nightmares at night. … It put at risk the entire enterprise of Maryland athletics.”