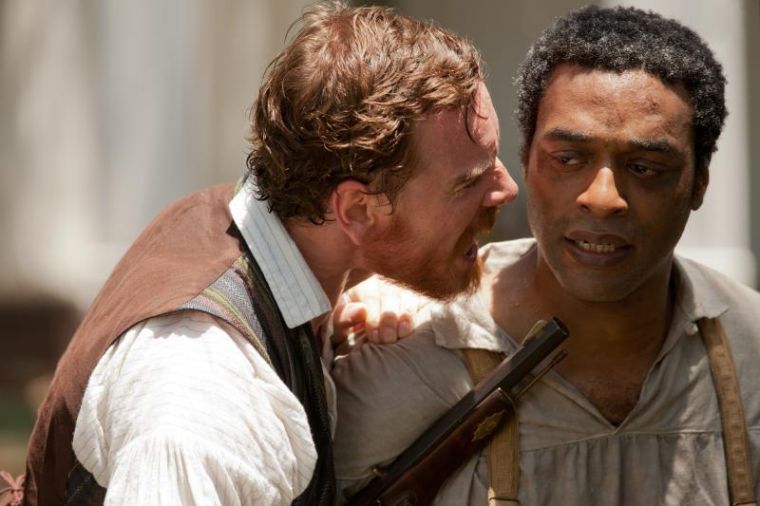 "It is a film of lashings and rape, of physical and spiritual debasement, of desperate howls gone unanswered. It is the movie American history demands." —Robert Gifford

“It is a film of lashings and rape, of physical and spiritual debasement, of desperate howls gone unanswered. It is the movie American history demands.” —Robert Gifford

1. The Act of Killing

In the mid-1960s, Indonesia’s ascendant military regime conducted an American-backed purge of suspected communists, leading to the deaths of at least 500,000 people — many landless farmers. Fifty years later, the men who conducted the campaign are considered national heroes. The filmmakers behind the astounding documentary The Act of Killing asked Anwar Congo, a grandfather and former death squad leader, to make a film recounting his own experiences as a way of trying to understand the psyche of a man who personally killed 1,000 people. What emerges is a haunting portrait of the decades-old guilt and rationalizations of a man who is at once unspeakably monstrous and unexpectedly sensitive, a person whose palpable humanity makes him only the more chilling. The Act of Killing is the rare film that stares into the face of evil and doesn’t blink.

2. TIE: All Is Lost and Gravity

The two purest expressions of the apocalyptic dread that haunted cinemas in 2013 — a year that had Superman laying waste to New York City in Man of Steel and the debauchery-turned-disaster of The World’s End and This Is the End — All Is Lost and Gravity each offered stories of basic survival so simple yet heroic that they approach the power of myth. Whether it was Robert Redford clinging to a capsized lifeboat in the former or Sandra Bullock careening into deep space in the latter, these films were unequaled in their portrayal of people standing at the brink of death and trying to hang on one moment longer.

It is nothing short of a travesty that it took this long for American slavery to get the brutal, horrifying Hollywood epic it deserves, but 12 Years a Slave is exactly the movie the subject needs, pulling no punches in its indictment of a system that turned some into property and others into masters of unrestrained perversion. It is a film of lashings and rape, of physical and spiritual debasement, of desperate howls gone unanswered. It is the movie American history demands.

One of the best films about long-term relationships — and the fault lines that inevitably grow between those in them — Before Midnight is all the more powerful because the couple on the rocks is one the audience has already spent two movies desperately shipping. But Before Midnight works as a standalone movie as well as a (possible) series finale, patiently establishing the relative bliss of the central couple while simultaneously prying at the cracks in their facade until the tension explodes in a third-act fight that is among the most emotionally harrowing and downright real committed to film.

6. TIE: Inside Llewyn Davis and The Past

These two symphonies of sorrow traffic in all manner of despair, but at their core they’re both about suicide and its aftermath. Each film is haunted by the dead or dying — the title character’s ex-partner in Inside Llewyn Davis, a comatose wife in The Past — who leave a void the living can’t seem to fill. Shot in wintry, elegiac tones, each film expresses the beauty and regret of the love that remains after loss.

8. Blue is the Warmest Color

This Palme d’Or winner sparked controversy for its extended and graphic lesbian sex scenes, the very public spat between director Abdellatif Kechiche and stars Adéle Exarchopoulos and Léa Seydoux and its messaging on class and sexuality. While there’s no shortage of political subtext to unpack, the fact that Blue is the Warmest Color actually works as well as a simple love story as it does a Renoirian examination of the privileged and the proletarian got lost beneath the thunder of the blogosphere. Whether viewed as a radical social statement or just a story of two women whose mutual passion (and love of pasta) can’t overcome their differences, Blue is the Warmest Color is something special.

At first glance, The Great Beauty and Spring Breakers don’t have much in common. The former is a fashionable, Fellini-esque tale of aging Roman literati, the latter a deliberately trashy pop-art celebration and mockery of crazed coeds in Florida. But they share a sense that, during a secular age lacking in majesty and awe, hedonism is the only escape from banality that remains — whether it’s Italian gallery owners doing lines of coke or frat boys downing Natty Light while Skrillex plays, everyone’s just looking to be something other than ordinary. Balancing the rush of headlong indulgence with moments of near-divine grace, each is among the most beautifully stylized movies of the year, working hard to find the vulnerability and disappointment that pushes the most hardcore of partiers to do just one more line, one more shot, one more score.

At once a Malick-on-mescaline riff on Thoreau’s Walden, a crime drama that morphs into a sci-fi love story and a transcendent parable about a worm, a pig and their master, Upstream Color is the year’s best head-scratcher. The kind of movie that demands repeat viewings, it’s often confusing but never less than enthralling, constantly teasing the audience with hints of a grand design but never providing quite enough context to put it all together. It’s a cinematic Rorschach test — the interpretation is more important than any inherent meaning. A puzzle without a solution, Upstream Color will always be potent because it will always be just out of reach.

13. TIE: A Hijacking and Captain Phillips

A fictional account of a months-long hostage negotiation and a dramatization of a real-world hijacking and rescue operation, respectively, A Hijacking and Captain Phillips are both tense, taut and far and away the best thrillers of the year. But it’s the context these films provide to their stories of the kidnapped, kidnappers and rescuers that sets them apart. These aren’t simple cops vs. criminals, good vs. bad dramas — they’re tales of the collision between the ultra-rich with the ultra-poor, of Africans desperately trying to live another day and of Westerners wandering into the wrong part of the world and finding themselves unprepared to face what awaits them.

Indie romance with a light touch of sci-fi is generally a surefire recipe for a snoozefest (see: Safety Not Guaranteed), but writer-director Spike Jonze’s Her is a diamond in the rough, a quirky film that never lets its quirks overpower its humanity. The central romance — between a man and an artificially intelligent computer — is offbeat, to be sure, and Jonze mines it for all the awkward comedy and social commentary it’s worth, but he does so without losing sight of the characters and their inner lives.