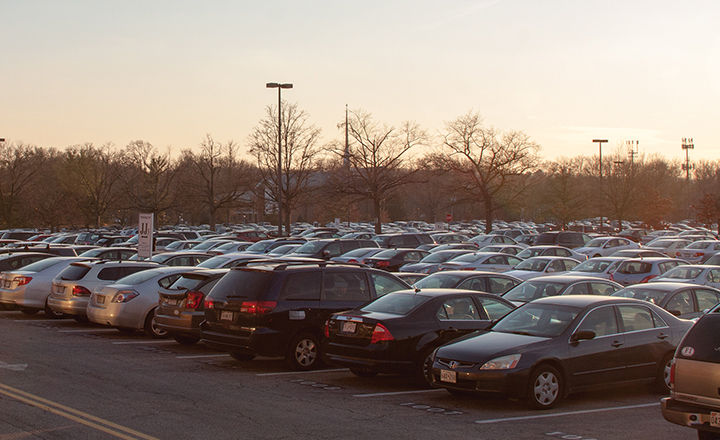 Last month, former university student and Oculus VR co-founder Brendan Iribe announced he would be donating more than $30 million toward the construction of a new and innovative computer science building for the university.

But while this building is a big step toward growing the computer science program, it also creates a new parking dilemma on the campus, Department of Transportation Services officials said.

The Brendan Iribe Center for Computer Science will be built in what is now Lot XX, located near the current computer science building and the engineering building. DOTS Director David Allen said construction is scheduled to begin in March 2016.

“That’s 370 spaces, I believe, in total that will be lost, down in a very critical part of campus,” Allen said. “There’s going to be some disruption and some inconvenience to many populations that are on that part of campus.”

Allen said there is no need to build a new parking lot or garage to compensate for the loss of Lot XX, because the university has several thousand spaces available every day.

“We will eat into that surplus while these buildings are constructed,” he said. “However, that does force people to park in the spaces that are further away from the center of campus. Some of those will be students and some of those will be employees.”

Junior elementary education major Jennifer Marion lives off-campus and usually commutes by bike or bus to avoid parking headaches. However, she said the loss of Lot XX will impact her weekend plans.

“I’m not thrilled about that because that’s where I park on the weekends,” she said, “and that’s free parking for me. So everywhere else you’ve got to pay, and that just sucks.”

In addition to Lot XX, Allen said about 200 spaces in the Paint Branch Visitor Parking Lot will also be lost to construction this coming March. The lot is the site of the proposed bioengineering building, wrote Bill Olen, Facilities Management interim executive director of planning and construction, in an email.

“That just about eliminates 90 percent of the parking on that side of campus,” Allen said. “So we have some big decisions to make, and we will do that with deans in that department with our transportation advisory committee.”

The effect of the loss of these parking lots might help to determine how DOTS manages the loss of Lot 1 to dorms in 2016, Allen said.

While there are currently plans to build a 3,000 space garage in Lot 11 if necessary, Allen said it would cost about $105 million.

“We only want to build a garage when we have to because they’re very, very expensive and can drive our parking fees significantly higher,” he said. “So as long as we have this surplus we’re trying not to build this garage.”

One alternative is to reinstate the campus policy of restricting freshman and sophomore resident students from parking on the campus. Allen said that this would free roughly 800 to 900 spaces, and that DOTS would reinstate the policy before building a new garage.

“Parking is a very simple thing. When you have a parking problem: you either need more spaces or fewer people,” Allen said. “So if we get to the point that we’re running short on spaces, we first opt to fewer people — which is that already-standing policy of no freshman and sophomore residents parking on-campus.”

Senior biology major Harrison Pierce said this would be the easier and cheaper plan, but not the most effective.

“A lot of freshmen and sophomores don’t have cars, so it probably wouldn’t be the biggest deal, but at the same time I don’t know how much of a difference that would make,” he said. “I mean building new lots is obviously the better alternative but that’s also expensive because space is expensive.”

Pierce also said that while he finds parking to be scarce already, as a computer science minor, he was happy to hear about plans for the Iribe Center because it will be a huge contribution to the program.

“I’m definitely in favor of the building itself,” Pierce said. “But that doesn’t mean it’s not going to have negative consequences [for parking].”

Freshman English major Jenna Bachman said that while the upcoming projects will create some difficulty for students, the benefits of these projects outweigh their costs.

“I know it’s going to be more construction on-campus, which is always a little inconvenient, but anything that builds our programs really is a good thing,” she said.