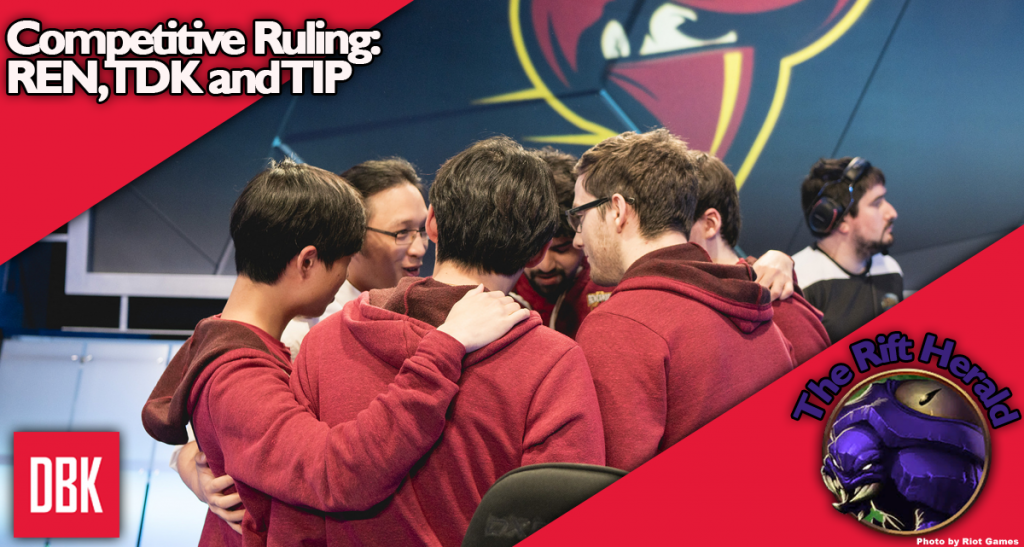 People had small suspicions that something was going wrong behind REN’s closed doors when Chris Badawi, a partial owner of the team, was suspended from ownership after he was caught trying to poach a player from Team Liquid to join REN. Badawi then gave full ownership of the team to the other co-owner, Christopher “MonteCristo” Mykkles, a popular shoutcaster for Korean matches.

Many team-owners came forward after Riot’s decision to temporarily ban Badawi, stating that they too have dealt with different cases of bribery and poaching.

After getting through this problem, REN’s support, Remi, left the team due to anxiety, but then released several tweets saying she wished she could be a part of the “old Misfits,” which was the name of the team before it was officially bought out and shaped into the LCS team it is now. She also tweeted some statements hinting that she was mistreated in some way or another.

Since then, she has mass-deleted all of her tweets prior to April 25, but this one remained.

Damn, missed duoing with maple. Laughing so much I miss Misfits.

REN’s AD-carry, Freeze, was also recently announced to play for European team H2K, showing that he was jumping ship as well.

To improve their performance, REN and TDK swapped top- and mid-laners, and everything was going pretty well until Riot broke the news.

REN is being punished for three different things. They did not eliminate Badawi from ownership, as he was promised control after his suspension was lifted, which was not allowed. They were also suspended for the mistreatment of players, though what exactly happened was not disclosed. The third suspension was for misrepresenting the team’s relationship with TDK and being untruthful to trade requests.

REN has a spot in LCS, and TDK has one in the Challenger Series. Both teams have been given ten days to sell their spots. Badawi is now permanently banned from LCS-affiliated events, and he is not allowed to participate in any form in Riot-sanctioned events. Mykkles has the same treatment, but only for one year. His contract as a Korean shoutcaster is separate and unaffected. Seann Shimm of TDK is also banned from participating in Riot-sanctioned events, but this will be reviewed in 2019. No players have been punished.

Team Impulse will not be able to play in any of Riot’s tournaments anymore because they have repeatedly failed to pay their players and provide contracts. The TIP players have not been punished.