Is Barack Obama the funniest president? 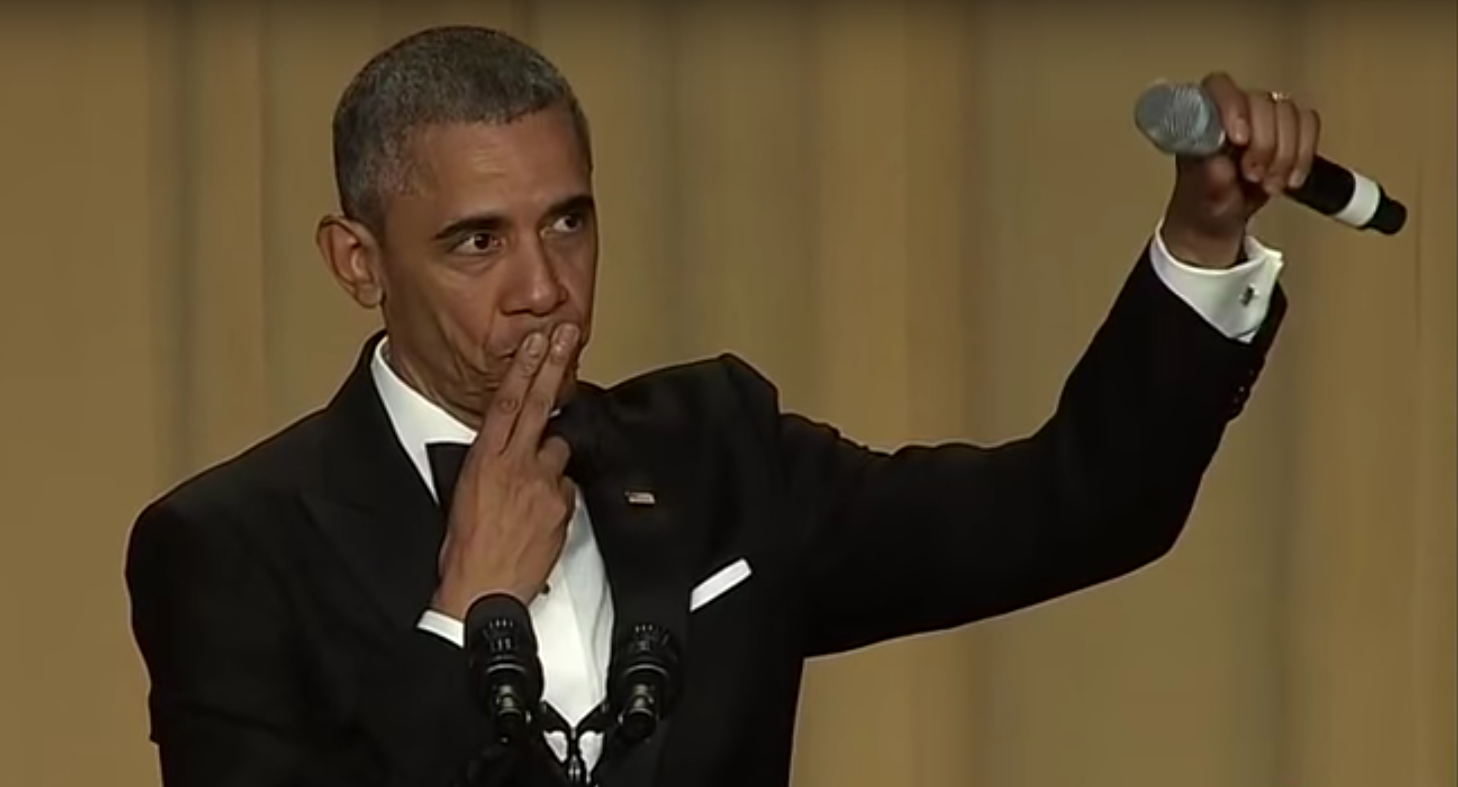 President Obama has worn a number of hats in the last eight years – father, commander-in-chief and most importantly: comedian.

It’s probably the most difficult job a president has (besides, of course, constantly dodging global conflict). Humor is a crucial part of any president’s public image, but sadly, having a desk in the Oval Office doesn’t automatically make you the funniest man in the United States (just the most powerful).

But even if he’s not doing open mic sets in front of the DC Improv’s signature brick wall, surrounded by Secret Service agents contractually obligated to laugh, Obama has undeniably proven he has some comedy chops. Just this week, at his final White House Correspondents’ Dinner, the president’s performance took Twitter by storm, apparently impressing those surprised to hear a father of two tell more than bad dad jokes.

“Here we are, my eighth and final appearance at this unique event, and I am excited,” he deadpanned to the star-studded audience. “If this material works well I’m going to use it at Goldman Sachs next year. Earn me some serious Tubmans.”

But it’s not as though Obama suddenly decided to break out the zingers in the last few months of his term – he’s been this way for a while. As early as his first presidential run in 2008, humor was an integral part of the total Obama package: the big promises, the charming smile and, yes, the witty one-liner.

“Contrary to the rumors you have heard, I was not born in a manger. I was actually born on Krypton and sent here by my father, Jor-El, to save the planet Earth,” he quipped at the annual Al Smith Dinner alongside Republican nominee John McCain.

But every president uses humor – it’s part of the game of politics. People vote for candidates they relate to, and comedy is one way to achieve that connection. So is President Obama actually funnier than the others?

A quick look at his other White House correspondents dinners – always the political comedy event of the year – proves that he might be.

In 2010, the always-topical presidential jokester commented on the then-popular MTV reality show “Jersey Shore” with a gem of a political jab.

“This next provision is called the Jersey Shore-up,” he announced. “It reads: ‘The following individuals shall be excluded from the indoor tanning tax within this bill: Snooki, J-WOWW, the Situation, and House Minority Leader John Boehner.'”

In 2012, just before another re-election campaign, the president stopped to reminisce about his former Democratic rival.

“Four years ago, I was locked in a brutal primary battle with Hillary Clinton. Four years later, she won’t stop drunk-texting from Cartagena,” he complained, smirking.

“I like Bernie. Bernie’s an interesting guy,” Obama proclaimed. “Apparently, some folks really want to see a pot-smoking socialist in the White House. We could get a third Obama term after all!”

So when Obama’s “mic drop” at the end of his correspondents’ dinner set made the rounds on the Internet in GIF form last week, it was more than just a clip of the president doing something goofy. It was a fond farewell to a president whose comedic side never waited until votes were needed to make an appearance. And if Obama really doesn’t know what to do with himself after his term ends – like a video sketch at the correspondents’ dinner suggested – an hour-long comedy special sounds like a pretty solid presidential pet project.