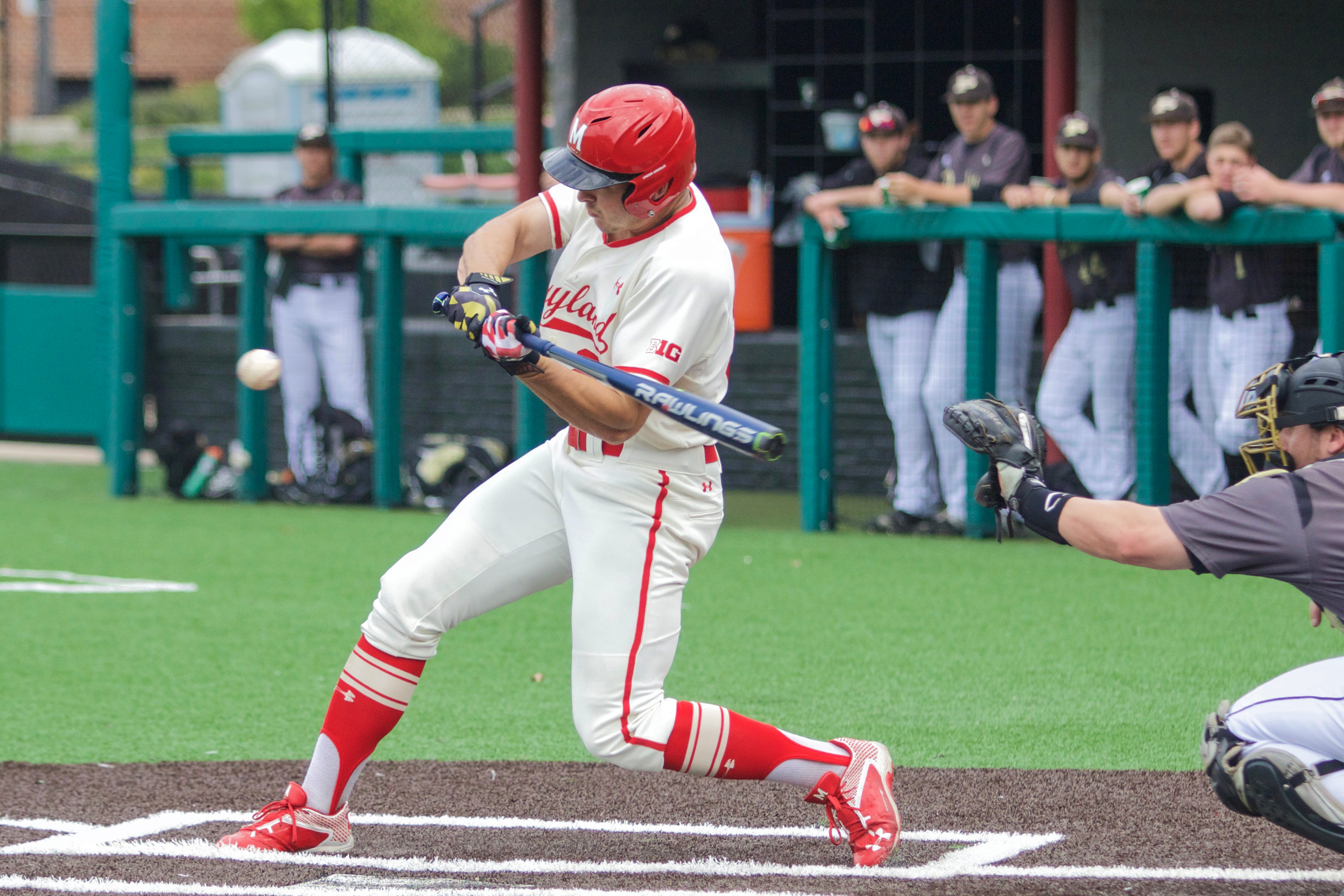 It didn’t take long for the Maryland baseball team to gain momentum in its game at James Madison on Tuesday.

On the second pitch of the contest, right fielder Madison Nickens launched a home run. As the Terps’ leadoff hitter, Nickens knows his job is to provide an energy boost for the rest of the lineup.

And he did that throughout Maryland’s 19-12 win in Harrisonburg, Virginia. After Nickens struggled to find a consistent slot in the batting order to start the year, the LSU Eunice transfer has worked to prove his efficiency as the team’s leadoff hitter.

“Madison is a guy that’s got a lot of tools,” LSU Eunice coach Jeff Willis said March 28. “He’s a good base runner, and he’s got speed in the base paths. Because he can run, he can bunt and play a small ball game. But yet he’s got bat speed that he can hit it out of the park.”

Nickens opened the season in the top spot through Maryland’s first four games, but the offense was sluggish in those contests, scoring a combined 13 runs. Maryland went 2-3 during that stretch.

So shortstop Kevin Smith took over the leadoff job, and Nickens moved to the second slot. But after Smith’s on-base percentage dropped, Nickens reclaimed leadoff duties on March 29.

Nickens entered Tuesday with the third best on-base percentage (.394) on the Terps, and he has the most walks (24) and the second most home runs (seven) on the team.

In wins Saturday and Sunday against Purdue, Nickens combined to hit 5-for-8. Though Nickens went 1-for-4 against the Dukes, he had two RBIs, one of which came on a bases-loaded walk.

“He puts straight stuff in play pretty consistently,” coach John Szefc said Saturday. “As his strike zone discipline has improved, his on-base percentage has risen, his walk total has risen and he’s striking out less.”

In the stretches Nickens has struggled this year, the junior has tried to keep an even demeanor.

The Gonzales, Louisiana, native said he doesn’t focus on his batting average. Instead, he worries about hitting the ball hard and getting on base.

“Batting average is the worst stat in baseball,” Nickens said Saturday. “We really try to stay off of numbers. You can hit a ball as hard as you want, but if you hit it right at someone, your average is going to drop. [Friday], I was 1-for-4, and I wasn’t happy, but I know my first at-bat, I hit a ball hard right at the shortstop. So I could’ve been easily 2-for-4.”

Nickens lifted the team’s spirits before his performances against Purdue and James Madison.

Maryland trailed Ohio State, 1-0, in the bottom of the ninth inning April 8 when Nickens, the first batter in the frame, was hit by pitch. He then turned to the dugout, pumped his fists and let out a scream. That display raised his teammates’ energy. They didn’t stop hollering in support of each batter for the remainder of the game.

Nickens went on to score the tying run in the ninth, and he hit the walk-off RBI single in the next inning.

Against Purdue on April 23, Szefc said the Terps needed a win after falling to the Boilermakers the day before. Nickens led the offensive revival by going 3-for-4 from the plate, another example of the jolt Nickens hopes to provide for the rest of the season.

“No matter who it is, when you go 3-for-4, it definitely helps the team,” right-hander Mike Shawaryn said Saturday. “But especially when you have your leadoff guy going 3-for-4, it really helps generate the offense early in the game. It’s good to have that production from your leadoff guy.”