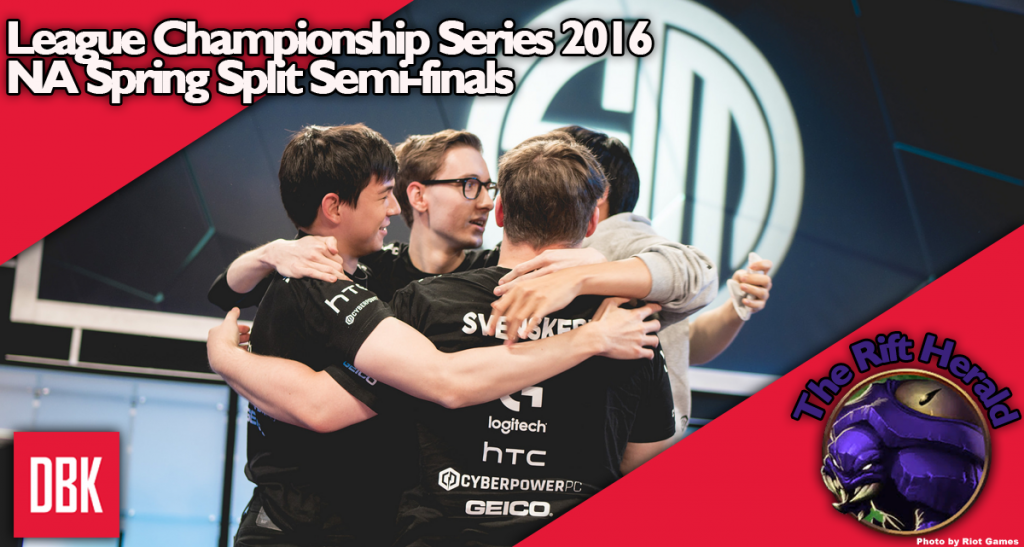 Team SoloMid performed the upset of the century on Sunday when they swept Immortals in a best of five for a spot in the finals.

While most people predicted IMT to sweep TSM, many were surprised after the first game.

TSM’s jungler, Svenskersen, stepped up to the plate, playing hard-carrying champions like Nidalee to go on a killing spree. He was probably tired of seeing the “BENCH SVEN” comments on Reddit.

IMT has played exceptionally well throughout the split, only dropping one game, to Counter Logic Gaming. Everyone thought they were going to be the 2016 spring split champions.

TSM, on the other hand, has had a rockier split, barely qualifying for playoffs. Though TSM’s new roster was an all-star cast, with SK Gaming’s Svenskersen, CLG’s Doublelift and Fnatic’s Yellowstar, they had a hard time finding team synergy.

In the weeks between the semifinals and week nine of the LCS, it seems that TSM grinded hard, while IMT probably just chilled and took a breather.

The problem IMT faced is that when you’re so far ahead of other teams, it’s hard to keep getting better and improving. If you keep winning, it’s harder to find flaws to fix. TSM has learned a lot from their losses.

Fans bet a lot that IMT was going to win, but League content creator Blakinola bet a sock as a meal.

CLG also beat out Team Liquid 3-1 in a less surprising fashion, meaning that the classic rival teams will be in the finals again.

Fans will get to watch TSM and CLG duke it out in Las Vegas this weekend.