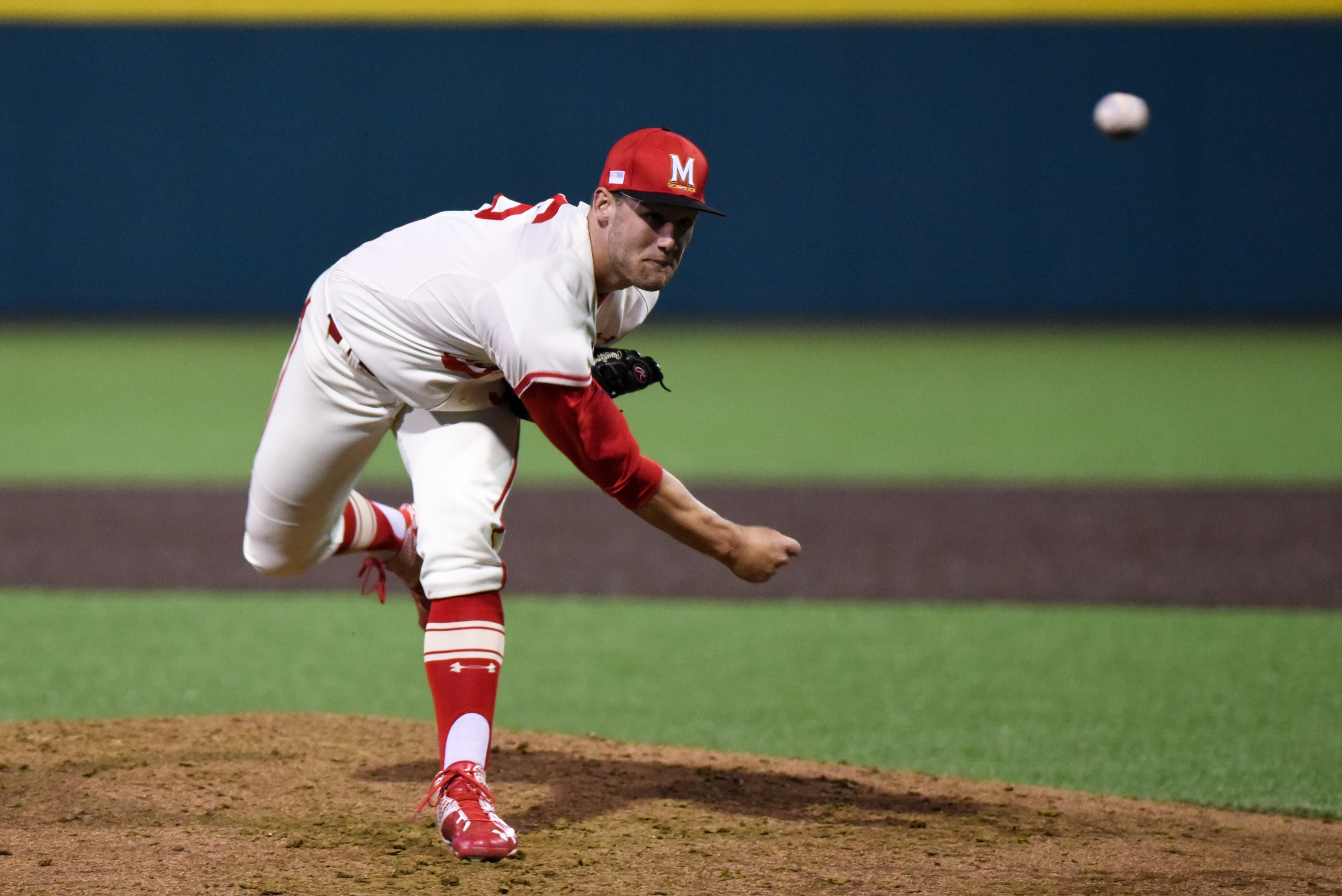 Ryan Selmer offered some words of advice to fellow right-hander Andrew Green after the Terrapins baseball team’s 12-7 loss to Delaware on March 1.

After Green gave up three runs in the sixth inning, allowing the Blue Hens to break the game open, Selmer told the redshirt sophomore he needed to exude more confidence on the mound to have success.

So faced with another tough situation against Liberty on Tuesday — the Flames had runners on second and third base with two outs in the fifth inning — Green remained poised. He allowed two hits in the inning but induced a groundout to end the frame.

And behind an improved mindset, Green earned his first career win in the Terps’ 10-9 victory at Bob “Turtle” Smith Stadium.

“I want to be a guy [associate head coach Jim] Belanger can go to every day,” Green said. “Just going out there, looking confident and looking like I want to attack batters.”

After redshirting his freshman season due to injury, Green pitched just 4.1 innings last year. When the Terps lost five relievers between the MLB draft and graduation this offseason, though, Green stepped into a larger role.

The Blairstown, New Jersey, native said he felt a little overwhelmed in pressure situations in his first few appearances this season, but he credited the coaching staff’s preparation to helping him become more comfortable.

The Terps practice game-like situations in which relievers step onto the mound with runners in scoring position. The training seemed to pay off Tuesday, as Green threw his first scoreless inning of the season.

“Just because a guy has a bad outing or a bad day doesn’t mean you stop working with them,” coach John Szefc said. “You just keep plugging along. It’s a long season. You can’t come out here every day and go through what we go through and not get back. It’s just a process.”

In the Terps’ previous four midweek contests, they went winless and allowed an average of 12.5 runs in those games. The bullpen gave up an average of 7.5 runs per game during that stretch.

While Szefc’s team fell behind again Tuesday, trailing 4-1 after the top of the fourth inning, the bullpen pitched well enough to overcome left-hander Tayler Stiles’ poor outing and secure the victory.

Following Green’s scoreless frame, the Terps cut the deficit to one in the fifth and took the lead an inning later in the eventual win. And with his first victory behind him, Green is confident as the Terps begin Big Ten play this weekend.