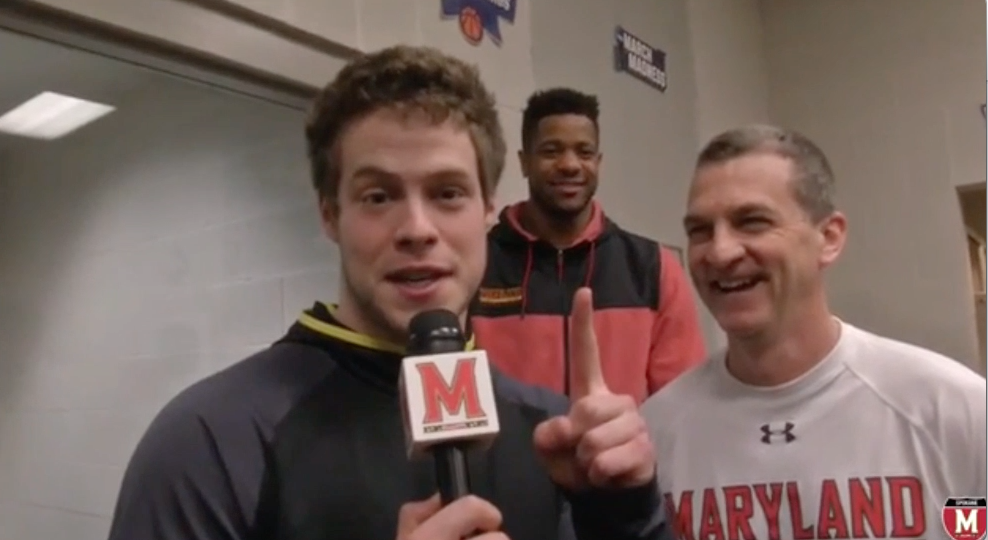 Former Terrapins men’s basketball walk-ons Jacob Susskind and Spencer Barks will always have a legacy at Maryland after producing The #SussSpence Show.

The two achieved minor fame, at least among Maryland fans, when they interviewed their teammates at media day and found that most couldn’t name the Vice President of the United States.

In the Andrew Terrell Show, a five-minute video released Friday on the team’s Twitter account, Maryland’s leader in points-per-warmup left his customary spot at the end of the bench to get in front of the camera and interview his teammates.

Most of his discussions centered around who the best-looking teammate was and whether or not the team is the most attractive one in the field of 64. Here are some highlights, and you can check out the whole video below.

How about the Andrew Terrell Show to kick off your #MarchMadness Friday?https://t.co/JJLhBd0hNQ#LetsDance #WeWill

-The revelation that Melo Trimble has a mirror behind his bed, and this quote:

“I’ll tell you, when I woke up this morning, it was a great sight. My hair was already pretty much like how it is now; just had to brush my teeth and just smile in the mirror, and it looked pretty good. I think that’s why my jump shot’s pretty good today, and hopefully tomorrow I wake up and I see the same thing, and knockdown, you know what I’m saying?”

-Bender saying Terrell is the best-looking: You, Andrew. You look just amazing.

-Terrell asking Bender what he’s most excited about and Bender responding in a foreign language as Cekovsky tries not to laugh in the background.

-Our host is shown briefly with Diamond Stone, but no footage from their conversation is shown in the video.

Overall, while the Andrew Terrell Show lacked the laugh-out-loud moments supplied by the #Susspense Show, Terrell clearly has a knack for being in front of the camera. He’s only a freshman, so let’s hope there’s more where this came from.