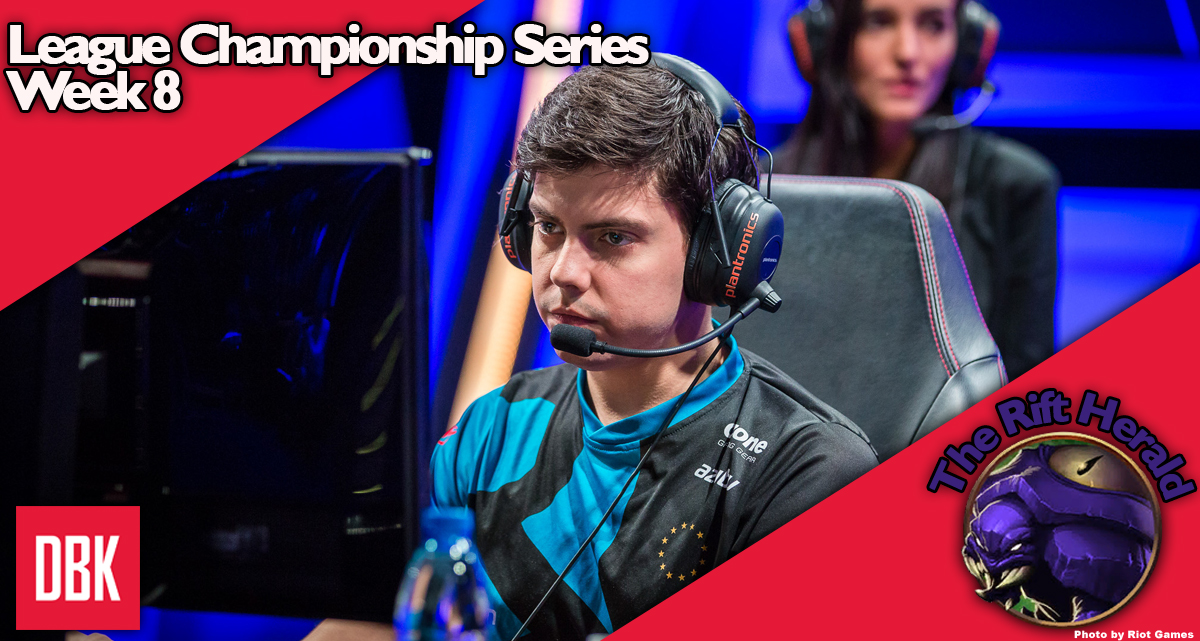 I know I’ve said other weeks of the League Championship Series were clown fiestas, but this week was the realest clown fiesta we’ve ever had and probably will ever have. If you missed it, I’ve got the recap, as usual.

This is the upset of the century. REN, labeled as the team that’s doomed for relegation and that has no hopes to make playoffs, beat out TSM with a roughly 10k gold lead. Seraph and Ninja of Team DragonKnight subbed out for AlexIch and RF Legendary, and they both put in work, going 3/0/7 and 2/0/8, respectively. Freeze also carried his own weight, going 5/0/6.

Dignitas had it all … and still lost

DIG had almost every objective possible in their game against Echo Fox on Saturday but still lost. The team had seven dragons, four Barons and two inhibitors at one point, but they still couldn’t manage the win in their match, which was over an hour long. Keith and Froggen managed to stay in the game through their impressive farm and bring home the W for Echo Fox.

xPeke returns as a starter

The famous backdooring expert returned this week and not as a coach. Main mid-laner PowerofEvil was sick, so xPeke took his place on Origen. While he was worried about being rusty, Origen pulled out a perfect week, winning both of their games.

Vitality brings out the top dog

Nasus was locked in this weekend, and though Cabochard managed to get his +6 stacks by Q-ing G2 Emperor, Vitality still took the loss against G2. The dog was just not strong enough.

This weekend marks the last set of matches before playoffs begin. Cloud9, Immortals and Counter Logic Gaming have already locked in their positions for the North American playoffs, but TSM, FOX, NRG and Team Liquid have to duke it out this weekend for the three remaining spots.

As for Europe, the playoffs are already practically locked down. G2, H2K, Vitality, Origen, Fnatic and Unicorns of Love are pretty much in. It’s just a matter of who seeds above whom at this point.

For more statistics and VODs, you can visit lolesports.com.

And remember : Please do not play Nasus top if you’re going to end up going 0/9/0 against a Pantheon in ranked. (Ahem.)