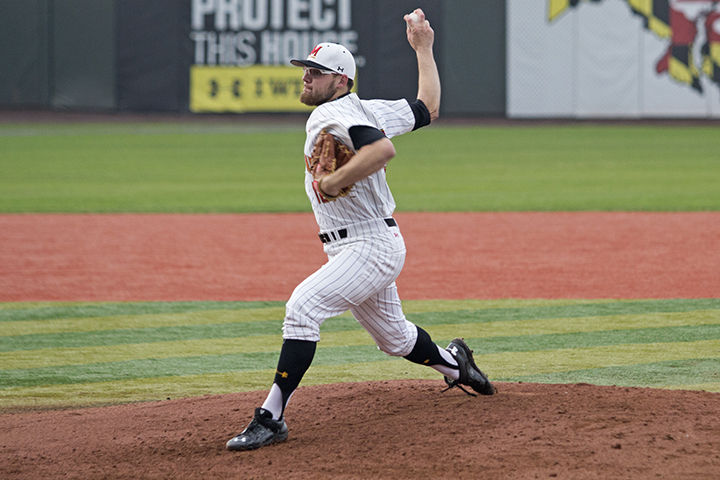 The Terrapins baseball team is coming off two record-breaking seasons, which include the only two Super Regional appearances in team history and a program-best 42 wins last year.

But after losing a program-high eight players to the MLB draft this past June, and 10 athletes total, coach John Szefc had some concerns about replacing some of his stars.

But the fourth-year coach anticipated his key players being drafted, so he created a plan a year and a half ago to rebuild through recruiting and player development. Szefc said the Terps are on the track he envisioned, and he hopes they continue to follow it as they attempt to qualify for the program’s first College World Series.

“Being that close [to the World Series] kind of whets your appetite a little more, knowing it’s kind of in your reach,” Szefc said. “This team could blow through that wall or this team could not even get to that wall. It’s just way too early to really say.”

Last season, the Terps finished in the top three in the Big Ten in hits, home runs, runs, RBIs and walks. But the five offensive players the Terps lost in the offseason (Brandon Lowe, LaMonte Wade, Kevin Martir, Jose Cuas and Tim Lewis) accounted for more than half of the team’s production in those categories, including 60 percent of their RBIs and home runs.

Shortstop Kevin Smith and outfielder Anthony Papio are the lone returning offensive players who appeared in at least 50 games last season, and Szefc, who’s never lost 10 players after one season in his 21 years of head coaching, believes they’ll be key to the offense this year. For the other seven spots in the lineup, though, Szefc expects other players to step up.

One player Szefc plans to use near the top of the lineup is third baseman Andrew Bechtold, who was the Terps’ starting first baseman last season before he tore a ligament in his thumb. Catcher Nick Cieri, who hit .299 last season while being limited to 37 of 66 contests because of a hand injury, is another key returner.

In addition to returning players, Szefc said rookie second baseman Nick Dunn and outfielder Madison Nickens will help the offense from the start of the season.

“We have a lot of new guys in the lineup, so we’re probably going to be shuffling around a little bit to find the right mix,” Smith said. “We had a lot of good intrasquads in the fall facing a lot of good arms. That helps us transition into this period where we’re not really going into the first game kind of unsettled. Everybody is ready to go, and everybody is amped up for the first game.”

While Szefc looks to put together a formidable batting order, he’ll also need to find consistent starters on the mound to complement All-Big Ten First Team right-hander Mike Shawaryn. While Shawaryn held a 13-2 record and a 1.71 ERA last season as the Terps’ Friday ace, Szefc struggled to find consistency from other pitchers, trying 10 different starters.

“We have a lot of good young talent coming in with a mix of some really good older guys with a lot of experience,” Shawaryn said. “The mix of that will really help us throughout the season in the beginning and especially toward the end, when games have more pressure situations. It’ll help the young guys develop for this year and the years to come, too.”

Though Szefc plans to use some players in more demanding roles than they have seen in the past, he said the Terps’ fifth-year seniors, Papio and left-hander Robert Galligan, have helped the younger players along.

Those veterans have proven they can thrive under pressure, as Szefc’s team qualified for the Big Ten Championship last season before knocking off UCLA, the No. 1 seed in the Los Angeles Regional, to reach the Super Regional.

But after falling one series short of the College World Series the past two seasons, the Terps will have to reach their goal without the key players who helped carry them to that postseason success.