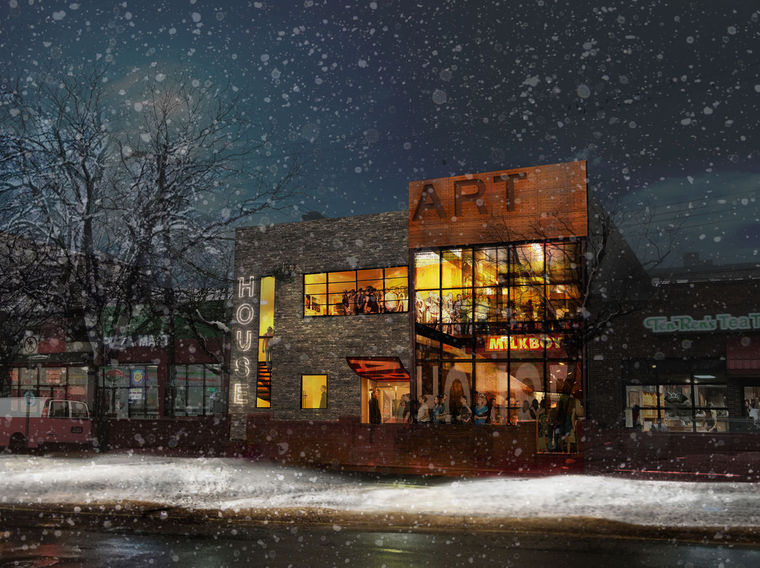 The art house that will occupy the former site of The Barking Dog is hopefully slated to open to the public in December, officials said.

The University of Maryland and The Clarice are moving forward with their partnership with Milkboy, an entertainment company with a Philadelphia music venue, to open the bar and restaurant, which will double as a performance venue.

The project was originally pegged for a spring 2016 opening when it was announced in February 2015.

“We were interested in finding more ways to create more access to the arts, and we want students to be a part of this partnership,” said Martin Wollesen, the Clarice Smith Performing Arts Center’s executive director. “We’re very excited about it.”

The two-floor, 14,000-square-foot space aims to give Route 1 more of an “urban feel” and encourage students and residents to walk downtown in College Park and enjoy the city, Wollesen said.

With the venue intended to attract a large audience, city officials likely will have to find a way to deal with an increase in traffic in the area, District 2 Councilman P.J. Brennan said.

“It’s going to cause logistical problems for the city,” said Brennan, adding that there could be buildup along sidewalks and not enough parking. “But this is something we’ve never seen before, and we want this to happen.”

To combat this, the building will have multiple entrances to decrease congestion on Route 1, and it will “rely mostly on walkability,” Wollesen said. The City Council also discussed eliminating monthly permit garage parking spaces and reserving them for those who want to walk downtown.

By placing the art house on Route 1, the project will aid this university’s effort to become more involved in the “downtown spine of the campus and the community,” as well as affect students above and beyond the educational sphere, said Tom Lussenhop, senior vice president of U3 Advisors, a firm that has worked with the university on projects such as The Hotel at The University of Maryland.

“It’s not just an ordinary bar and restaurant, and there’s so much beyond what’s happening onstage,” Lussenhop said.

Other benefits include more economic development, jobs and a positive aesthetic on the Route 1 corridor, Brennan said.

The venue will be programmed with performances four to seven days a week, Wollesen said. But even when no one is on the stage, Wollesen said, audiences can enjoy film screenings, lectures and comedies, and the bar and restaurant will remain open.

“That’s where the integration is going to happen,” Lussenhop said. “It’s going to be lit seven and a half days a week.”

CORRECTION: Due to a reporting error, the opening date and last quote were wrongly attributed to Martin Wollesen. Tom Lussenhop said the establishment was “going to be lit seven and a half days a week” and other representatives of U3 Advisors said it would open in December.