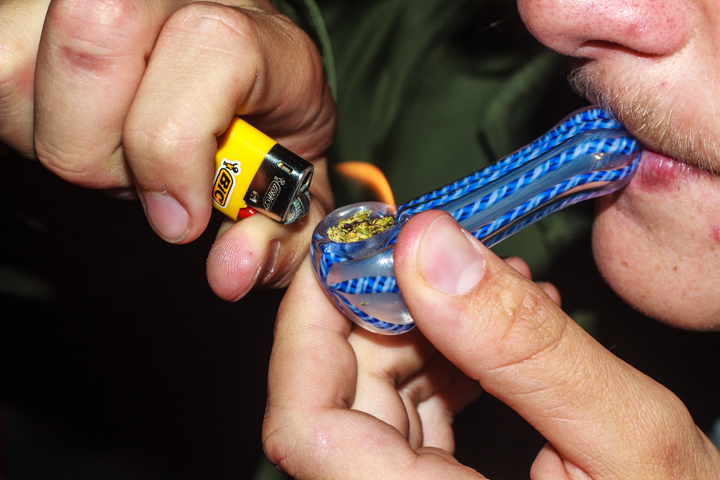 The law aligns paraphernalia charges with the state’s previous decriminalization of marijuana and defines use of the drug in a public place as a civil offense punishable by a fine up to $500.

Supporters of the veto override said the vote was a solution to an existing flaw in the law, which could allow a person to receive a fine for possessing marijuana and charges for the drug paraphernalia.

On this campus, students will likely see few changes, as the University of Maryland is smoke-free.

Still, the bill could have an impact on policing, said Sgt. Rosanne Hoaas, who noted University Police look forward to receiving guidance from state police on implementation.

But just another incremental step in the direction or legalization is good enough for sophomore Grace Porter, who said friends of hers have been charged for using small amounts of marijuana.

“I’ve seen people have to deal with the repercussions of things that are, in my opinion, very harmless,” the communication major said. “I’m really glad that they were able to come together because [both parts of the law] are really important for a lot of reasons.”

The House and Senate both passed the override of Hogan’s dissent with a three-fifths majority — primarily helped by Democrats, as many state Republicans voiced their opposition to the bill.

On the campus, though, many Republican students support the new law, said Breyer Hillegas, president of this university’s College Republicans chapter.

“I don’t think the bill goes too far,” said Elliot Hazzard, College Republicans treasurer. “I think that the war on drugs has largely been a failure. It’s really none of the government’s business what people are smoking, particularly marijuana.”

Of College Republicans’ 77 members, 46 percent support recreational marijuana legalization and 86 percent support legalized medicinal use, based on a survey the organization conducted in November.

“Hogan is a little bit behind the curve on that. He’s kind of old-fashioned when it come to drug policy,” said Hazzard, a geographical sciences major. “This shows that there’s a lot of impatience and disgust with the war on drugs.”

But concern over the law remains, even among Democrats. Though Del. Geraldine Valentino-Smith (D-District 23A) voted in favor of the law, she joined in the discussion about how the bill creates a potential public safety issue by attaching too lenient a punishment to smoking in public.

She introduced a bill the same day that would make smoking marijuana in public a misdemeanor, or criminal offense, and explicitly prohibit consuming marijuana in a vehicle as a driver or passenger.

The General Assembly also overrode four other bills that Hogan vetoed in the spring. Two focus on hotel taxes from Internet booking sites, one prohibits police from seizing assets of less than $300 during an arrest and the last funds an Annapolis art center. The Senate will vote on Feb. 5 to override a veto of a bill that would give ex-felons the right to vote.

“It’s a pretty victimless crime,” she said, “so I hope college students don’t have to pay for such a small thing for the rest of their career.”