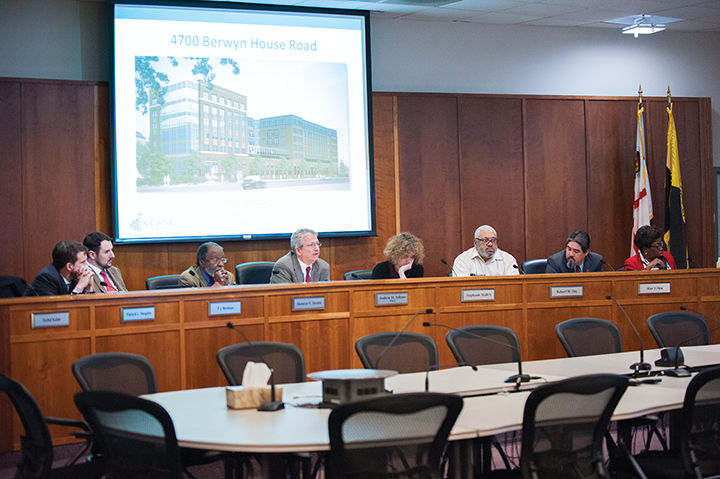 Jack Robson has been chief of the College Park Board of Election Supervisors since the early 1990s. For almost his entire tenure, city residents voted on paper ballots, which were later hand-counted in a process that could stretch late into the night.

But with Nov. 3’s election marking the first time in more than 20 years that every district and the mayoral race is contested, the College Park Board of Election Supervisors recommended switching the city to electronic voting machines in anticipation of an uptick in voters. Residents will still use paper ballots, but the machines will tally the votes.

“We need this or we’ll probably be here until 2 or 3 in the morning, and we’ll probably miscount and you’ll be very upset the next day when we count them again,” Robson said at the Sept. 22 City Council meeting.

The council voted unanimously that night to authorize up to $15,000 to rent the equipment, services and software needed to operate the voting machines.

There will be three scanners to count and verify ballots, and one machine, the “ExpressVote” system, specifically for voters who are blind or otherwise disabled, including those who are paraplegic, Robson said.

At the Sept. 22 meeting, District 1 Councilman Patrick Wojahn, who is running for mayor, said it was important to him that voting machines were accessible to people with disabilities.

“We as a city should be making the opportunity to vote available to everyone,” he said. “It’s enshrined in the Constitution, and we need to do whatever we can to ensure people with disabilities have the right to vote in a way that’s confidential. In the past, unfortunately, the city hasn’t done that, so I’m really excited we’ve overcome that hurdle.”

The final price is not yet tabulated, Robson said, but there are many associated costs, such as bringing in extra election judges “to help people because they haven’t used these machines before.”

“There’s a rental rate, but you also have to pay for programming, on-site technical assistance, training, cost per ballot, cost for shipping,” he said. “It’s going to be around $4,000 a machine as a rough guess. … The city council authorized $15,000, and we do not go over budget in the city of College Park.”

When paper ballots were used in prior years, elections typically incurred a $3,000 cost, Robson said.

“Typically it costs us a dollar a voter, but this time it’ll cost us about $5 a voter depending on turnout,” Robson said. “If it was 100 percent turnout, it’d be back to that $1.”

Robson said the highest voter turnout he has seen in a district was 39 percent. However, turnout is expected to be high this year for a variety of reasons, one being that two council members — Wojahn and District 4 Councilwoman Denise Mitchell — are leaving their positions to run for mayor.

“We haven’t had this type of competition in years, and one thing that’s really pushing it is you have two council members vacating their seats,” Robson said. “The mayoral race will also draw more interest because people know their names because they’ve seen them talking for years.”

Additionally, whenever university students or recent graduates enter the race, there is usually an uptick in the number of registered voters in District 3, which encompasses Old Town, Robson said.

In 2013’s election, when university graduate student Matthew Popkin made an unsuccessful bid, 15.9 percent of registered voters in District 3 came out to vote, marking the highest turnout of all four districts. This year, 2015 alumnus Ryan Belcher is also looking to secure a seat.

As of Sept. 15, there were about 14,000 people registered to vote in the College Park elections, but Robson said that number has swelled to about 17,000. About 1,350 of those newly registered voters come from District 3.

“These ballots will be very familiar to students who fill in Scantrons quite frequently,” said Cole Holocker, student liaison to the city council.

The Board of Election Supervisors will be trained on the new technology Thursday, and voting will take place Nov. 3 from 7 a.m. to 8 p.m. Districts 1 and 4 will vote at Davis Hall, while Districts 2 and 3 will cast their ballots at City Hall.

“It’s going to make it easier for people to vote, and that’s a real goal for all elected officials and all candidates,” Mayor Andy Fellows said. “These machines seem like a step forward.”