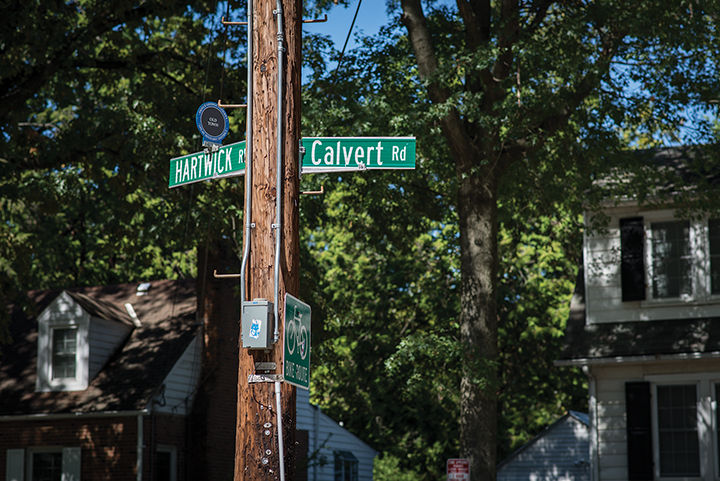 On Tuesday, BroBible.com published a post written by alumna Rebecca Martinson, best known for her borderline verbal e-assault and pioneering the phrase “c— punt,” which galvanized students to act against something that “almost” happened.

The article, charmingly titled, “U Of Maryland Students Are Aboutta Get Boned Out Of Off Campus Housing Unless They Vote In The City Council Election,” raises alarm about a potential housing calamity and encourages students to vote for recent alumnus and College Park City Council candidate Ryan Belcher as their only hope of preventing it.

The aforementioned housing disaster would have stemmed from some legislation introduced in July 2014 that would’ve affected rental properties in College Park. Maybe.

While we’re all familiar with the exorbitant rents that accompany living in the various on- and off-campus apartment complexes, many of the claims in Martinson’s alarmist post are just plain false.

Martinson starts off in the clear: It’s true that only first-year freshmen are guaranteed on-campus housing and that rents at the View and Varsity run upward of $900 a month. But the post implodes fairly soon after.

The post alleges certain members of the College Park City Council advocated and “almost passed” a bill that would’ve “restricted students from renting houses in College Park.” It goes on to insinuate that the legislation would render students looking for non-apartment off-campus lodging “homeless.”

That’s not true — for a number of reasons.

As indicated by the CBS story BroBible links to, the legislation was actually proposed by former Prince George’s County Councilman Eric Olson — not a member of the City Council.

While the City Council can weigh in on proposed legislation, the County Council is the only entity that can restrict housing rentals. So, Old Town renters, you can rest easy — a few rogue City Council members can’t kick you out of your houses.

Speaking of the council, it wasn’t close to passing the bill. The legislation was only “entertained informally,” District 2 City Councilman P.J. Brennan said.

“We didn’t even bring it forward for public comment,” he said.

Added District 1 Councilman Patrick Wojahn: “We discussed it and decided not to take a position on it. The intent of the ordinance was essentially to create a balance in our neighborhoods. We discussed it because we’ve been working to try to address the large number of rental properties.”

And that bit about homelessness? Not true.

The bill would’ve enabled College Park to create “overlay zones” within two miles of the university border to maintain the city’s “traditional single family residential character,” according to the original text.

Note the use of “would’ve been.”

None of this happened, because the largely uninvolved City Council chose not to act.

While the council has been looking to “rebalance” the community, or reintroduce more full-time residents to foster a traditional close-knit living environment, it recognized the controversy involved and decided to pass on the bill. The bill eventually died in the County Council as well.

“We thought it could be a potential tool to help us encourage greater owner occupancy of houses, not to target students, although students are typically more likely to be the renters,” Wojahn said. “It wouldn’t have kicked students out.”

As for Martinson’s shot at an incumbent in favor of “outlawing students from renting houses” and criticizing the Interfraternity Council tailgates, the council’s actions speak much louder than any words.

Wojahn denied any rental issues would crop up this election cycle. And the IFC tailgates? The council was not only instrumental in establishing the tailgate back in 2013, but it also increased its funding for it to about $15,000 this year.

“Sensationalism aside, I think it’s important that students get involved in our democratic process,” Brennan said of Martinson’s post. “If they need some sensationalism to motivate them to register to vote, it does have some positive qualities.”

One last note for anyone wondering why a BroBible writer might plug a candidate for a local election: Belcher and Martinson’s boyfriend were in the same fraternity, Zeta Psi, while enrolled at the university. Martinson is a former Zeta Psi sweetheart.

There are real reasons to vote for a former student in the upcoming elections, but you won’t find them in Martinson’s post. So go out and vote, but be informed. Who you vote for, well, that’s none of my business.